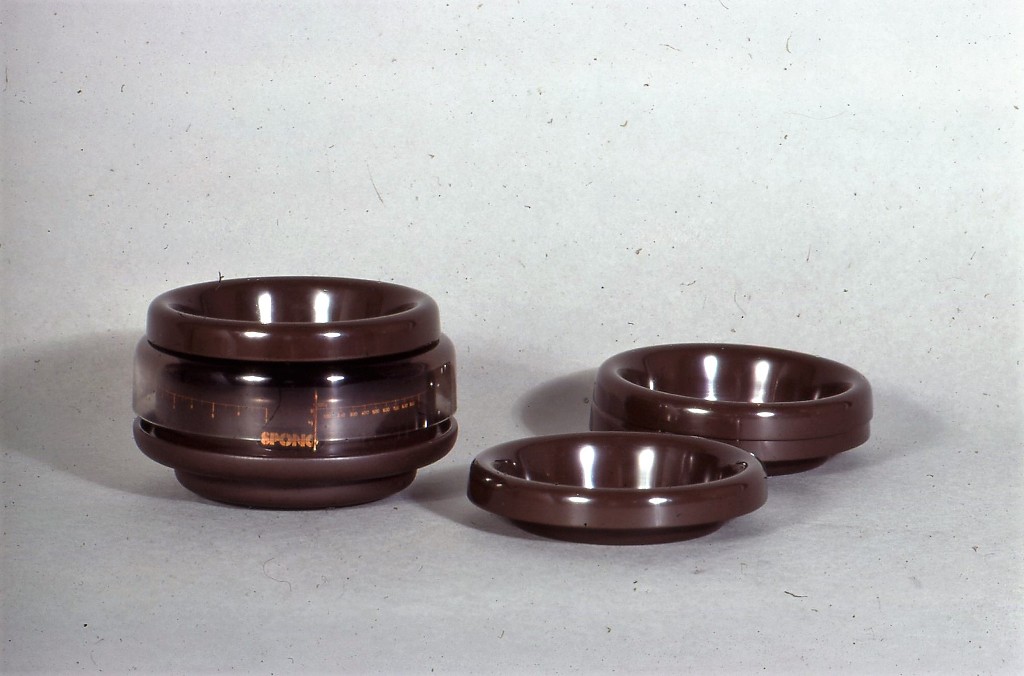 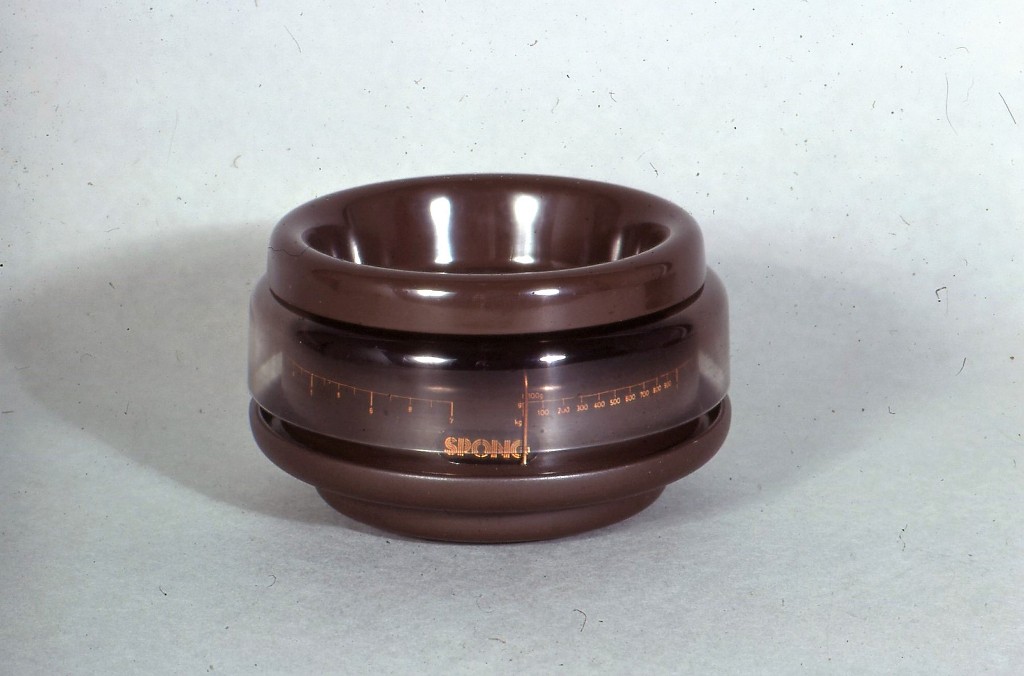 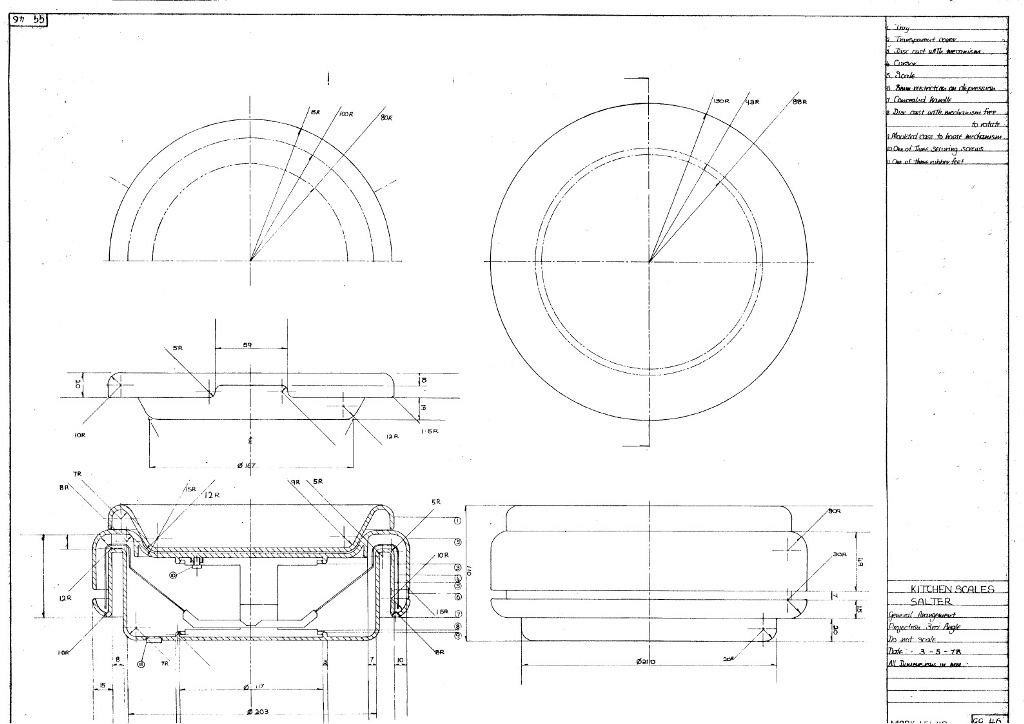 Incorporating an existing mechanical mechanism used in Salter weighing scales, Mark adjusted it to carry two cursors opposite each other, one traversing a Metric scale and the other an Imperial scale when ingredients where loaded into the bowl.

By another innovation the transparent shell was fixed to the top of the weighing mechanism which was able to be rotated within its mount in the base.

The rotation adjusts the two cursors back to 0 ready for another ingredient to be added and accurately measured.

This became a feature adopted by Salter and marketed as the Add and Weigh Mechanical Kitchen Baking Scales, a product available today.

The combination of this feature and the provision of a set of identical bowls allows the cook to weigh ingredients in combination or separately setting each aside until needed.

This mechanism also negated the requirement of a large range of measuring capacity only going as heavy as 3kg or 6 ½ lb and thus minimising the volume of the product and the space it would take on the kitchen counter.