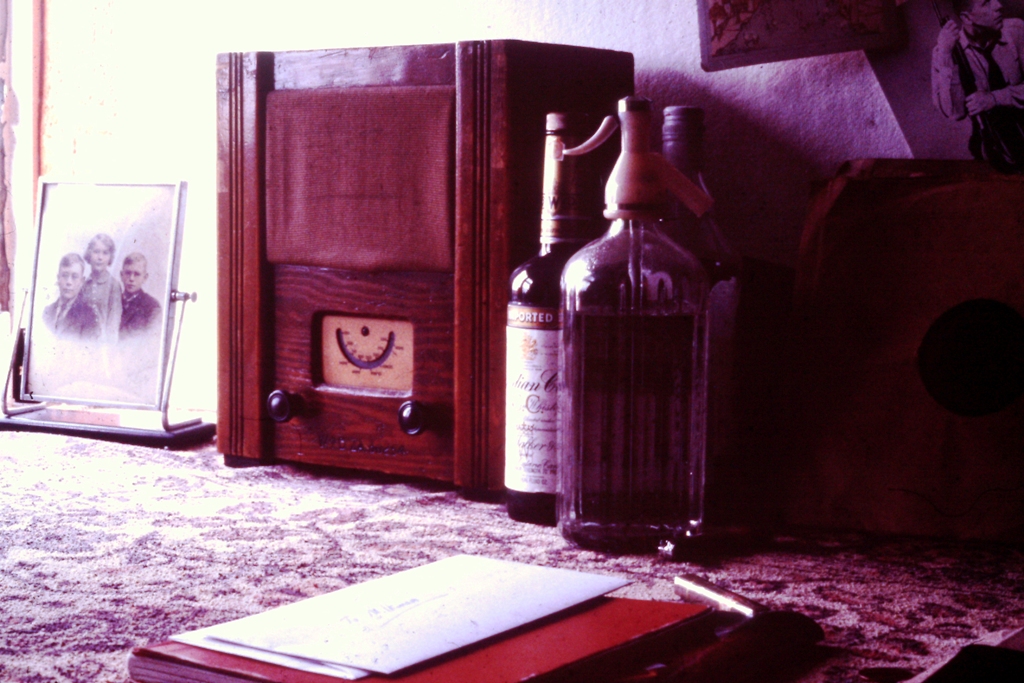 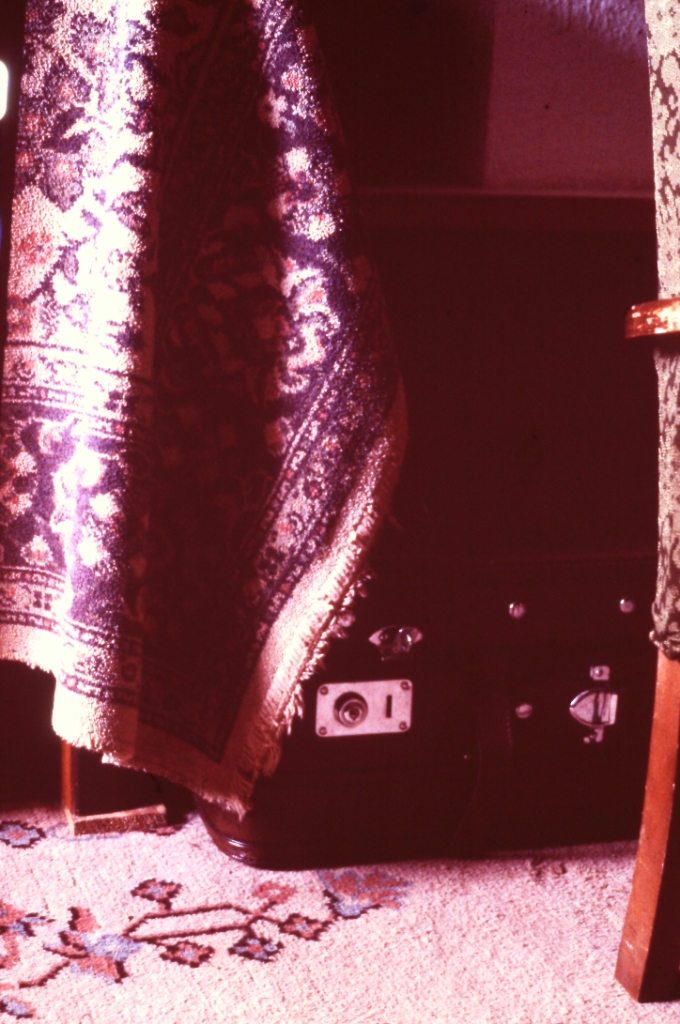 A selection of original photographs by Mark taken in his bedsit in Surbiton further show the extension of his vision of himself as Art, a living exhibit, first developed in Farnham a year earlier.

Having determined a late 19th and early 20th century wardrobe, and other affectations such as smoking French cigarettes, Gitaines, Mark transformed his attic bedsit into a version of a gentleman’s lodging emulating a Victorian interior aesthetic likely to be found in the prestigious bachelor apartments of the Albany Piccadilly.

The Albany was originally built as a three story mansion with a pair of service wings in 1770-74 for the first Viscount Melbourne as Melbourne House.  It was converted in to 69 bachelor apartments in 1802 to accommodate esteemed Gentleman, Ladies and numerous members of the aristocracy.

Ironically Mark was commissioned to refurbish one of these apartments in the late 80’s and was actually able to walk the stone corridors accessing the “Set”, the name used for the rooms, via the common open staircases trimmed with wrought iron banisters and railings.

(A garret is a habitable attic or small often dismal and cramped living space at the top of a residential building, the least prestigious rooms to be had for rent in any European city, quite the antithesis of the period and opulence implied in the images of this artwork.)