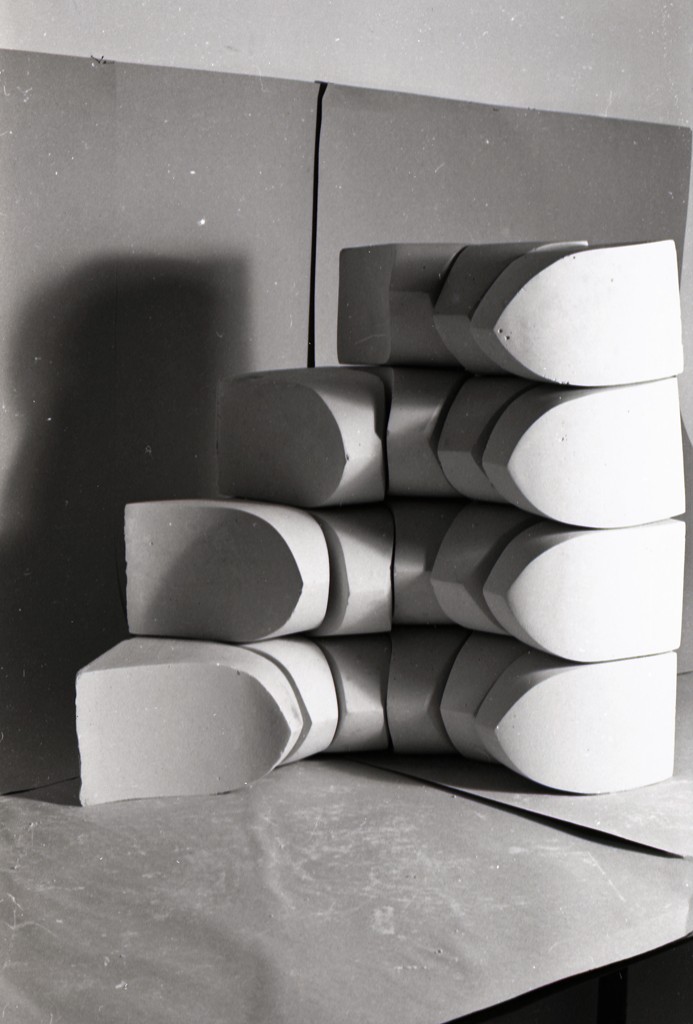 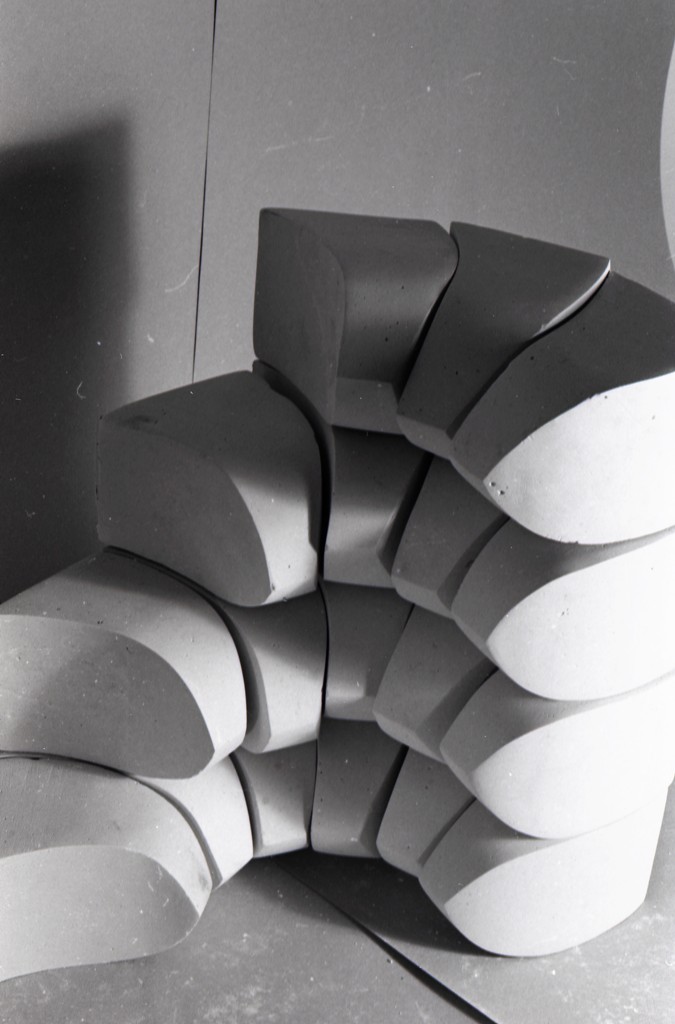 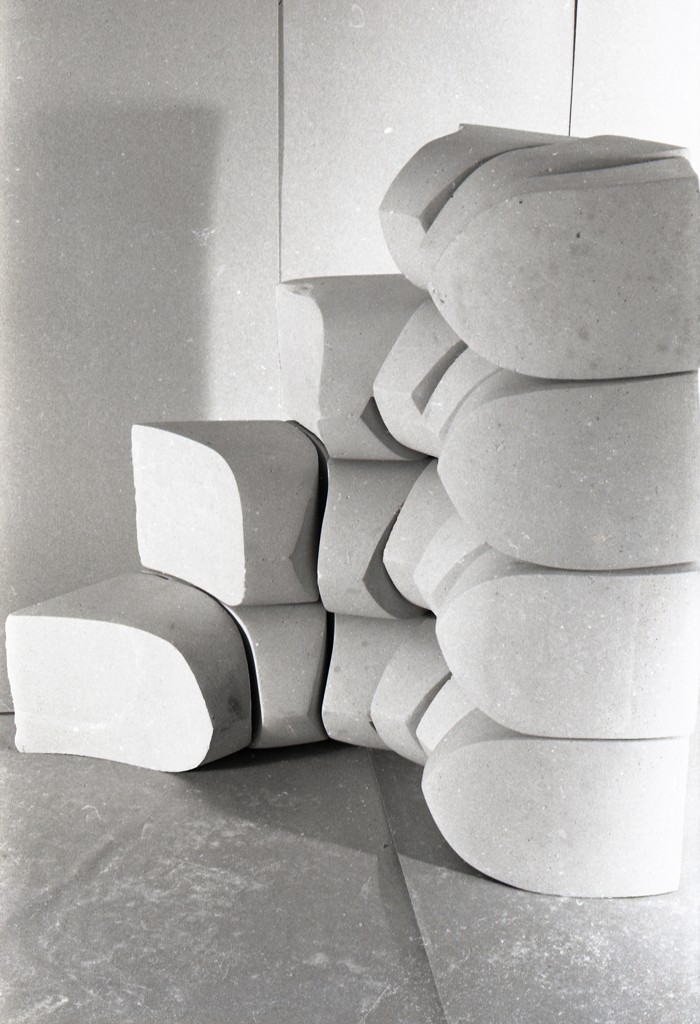 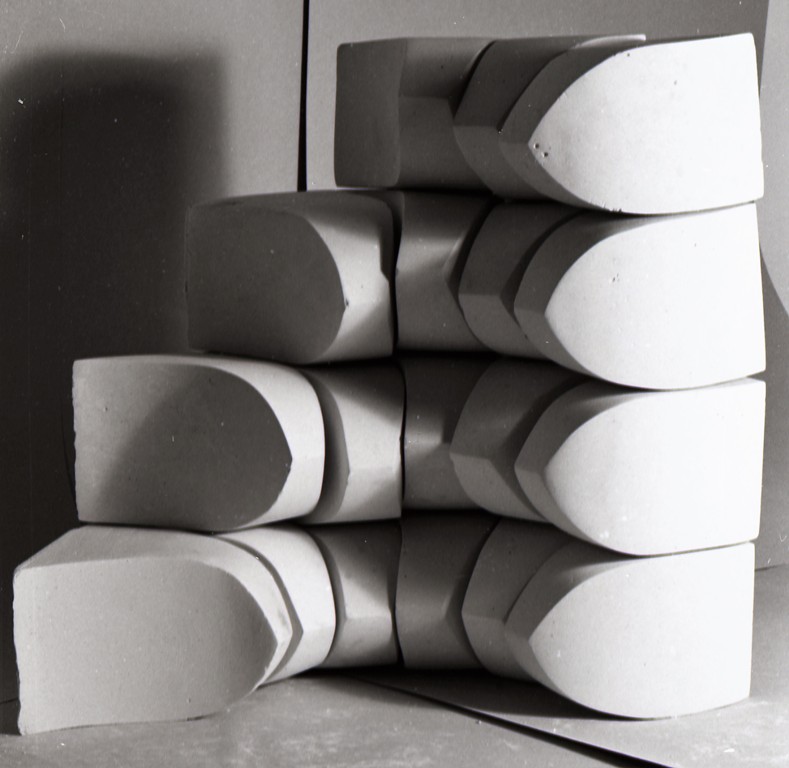 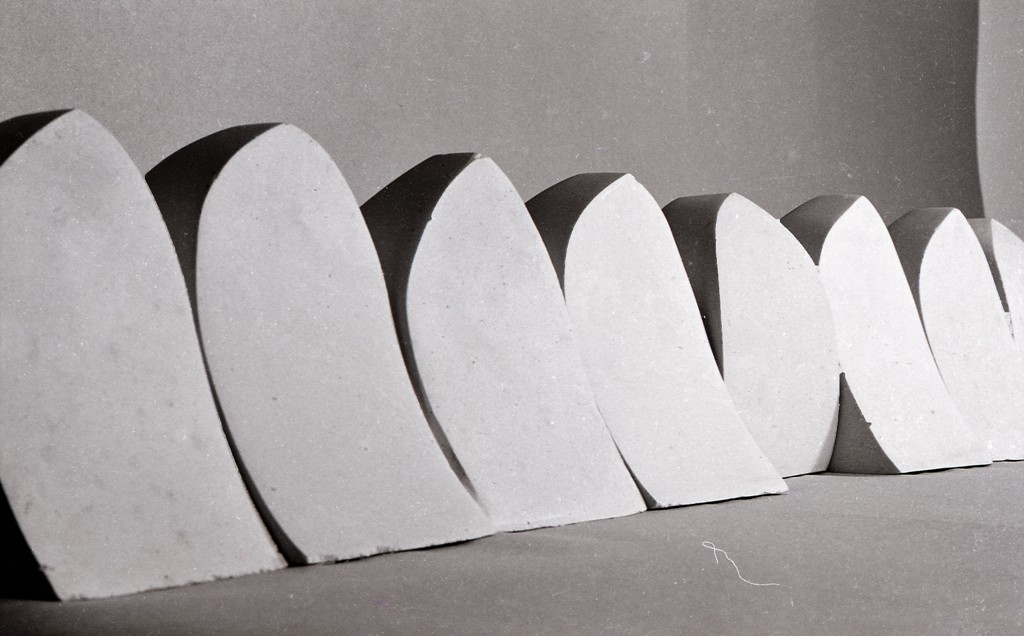 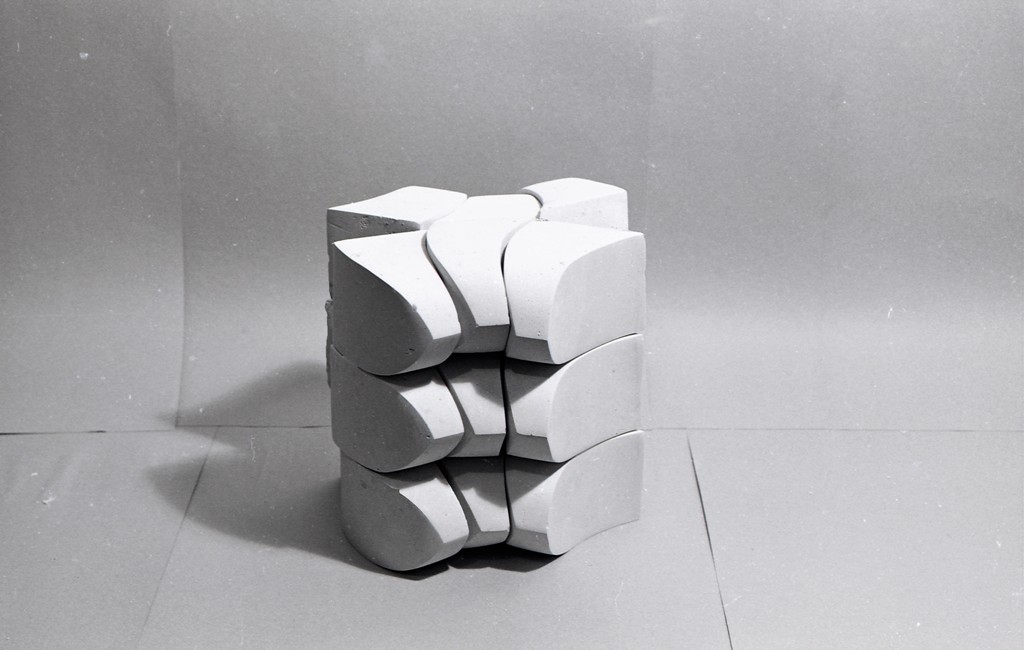 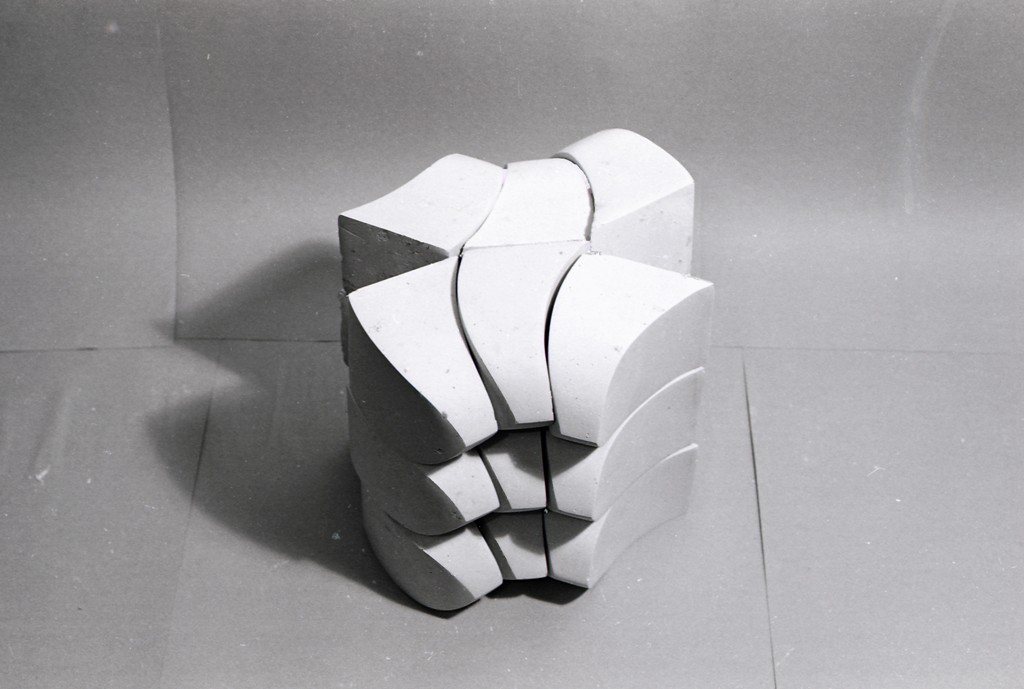 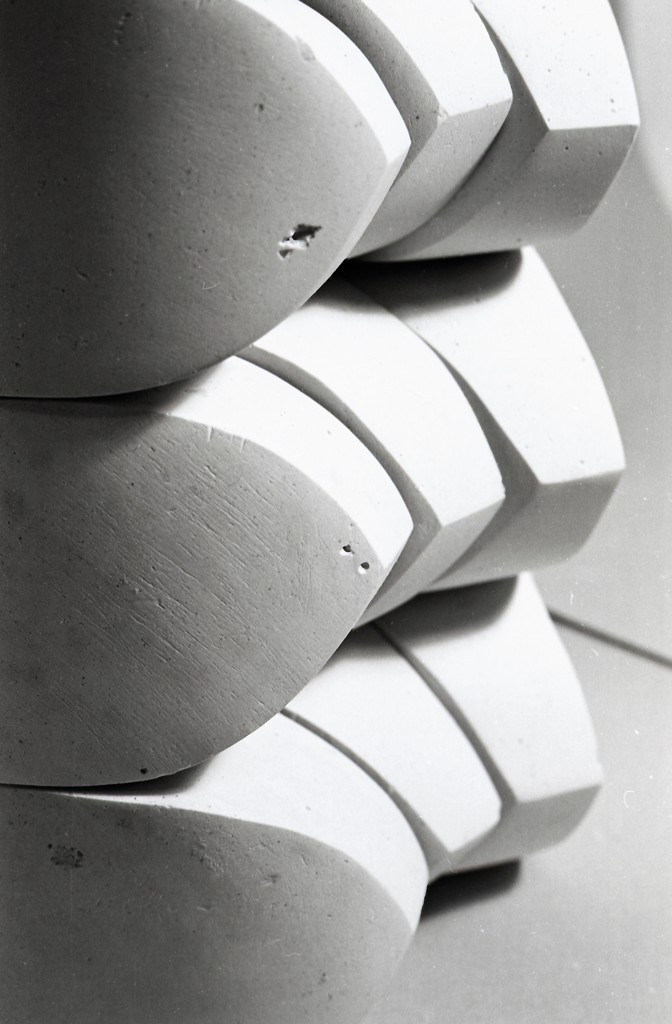 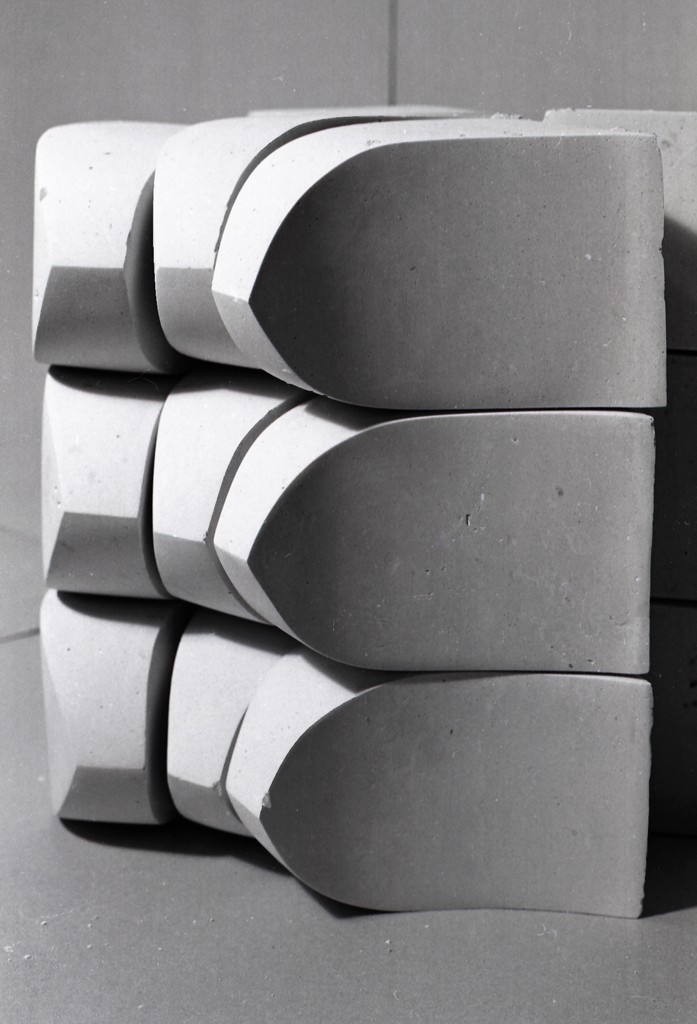 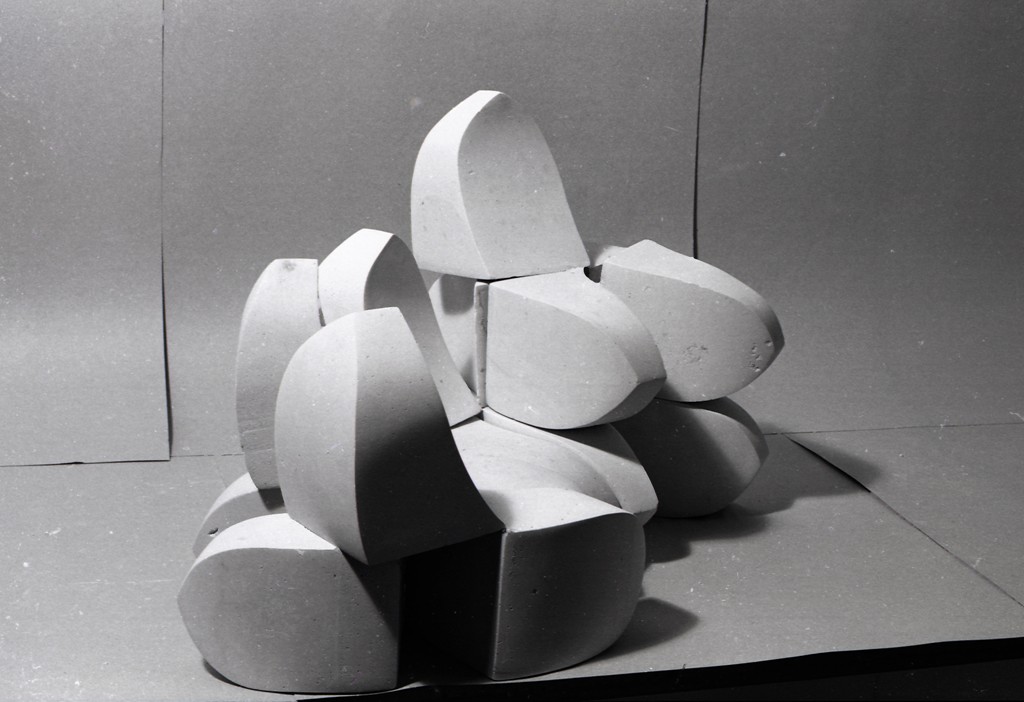 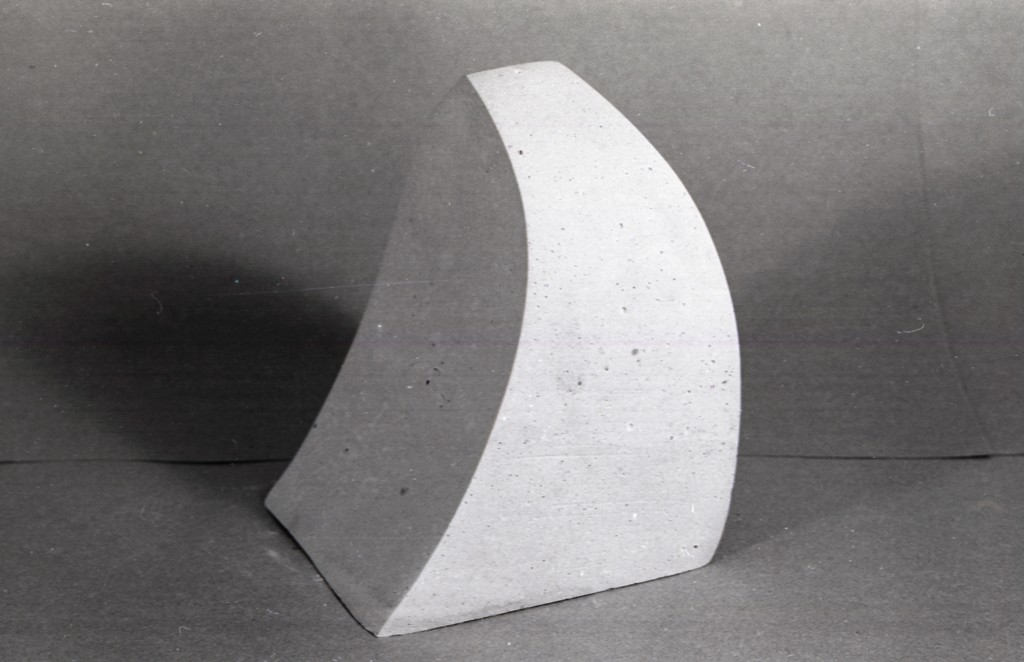 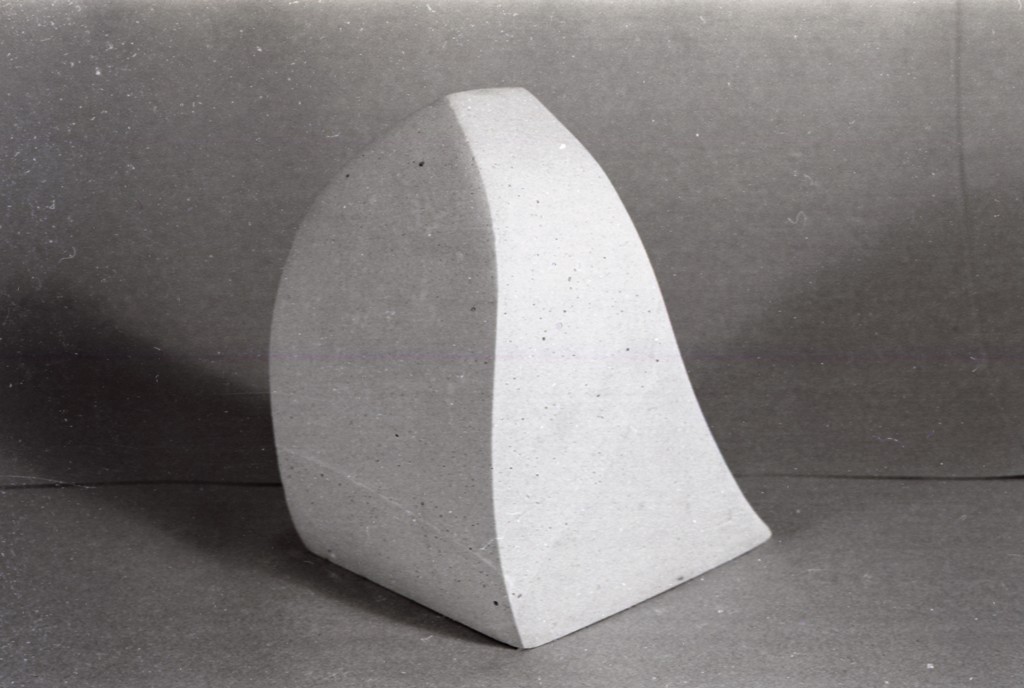 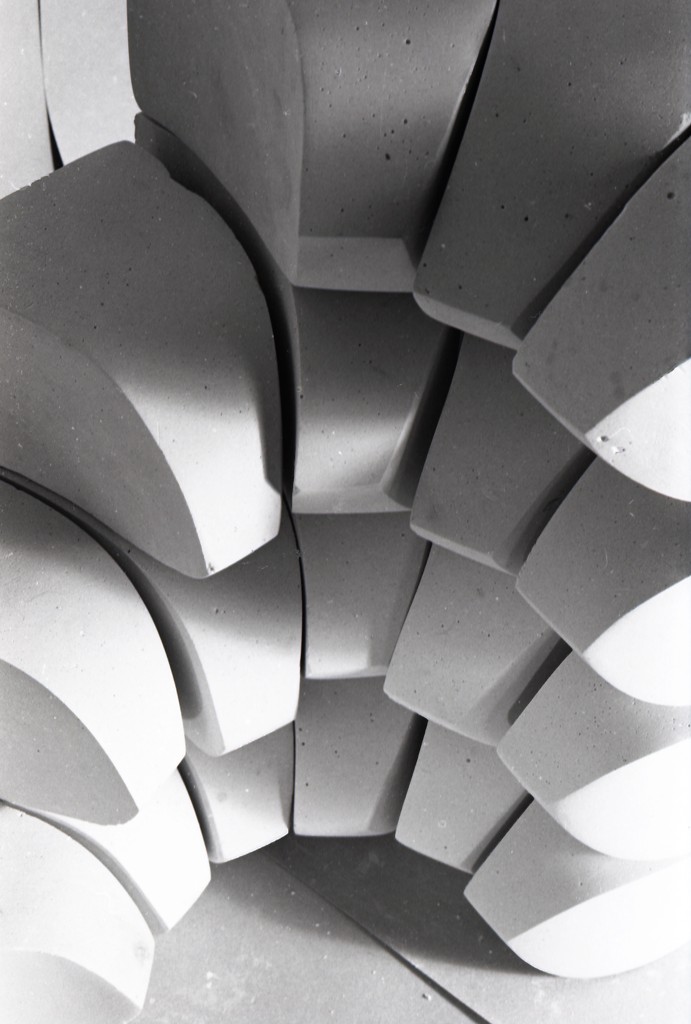 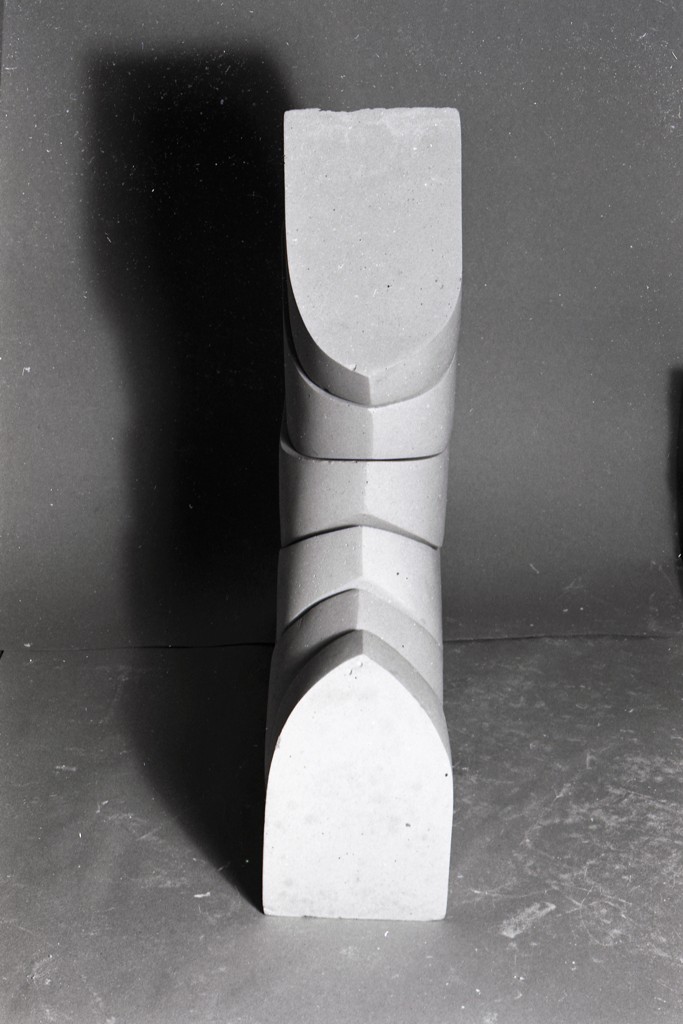 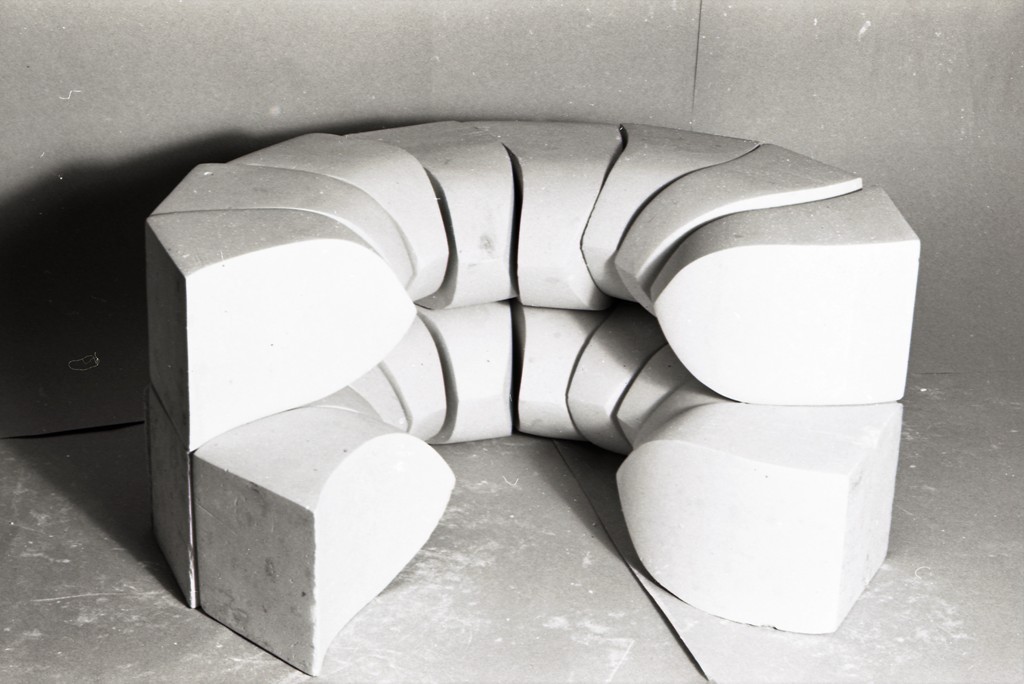 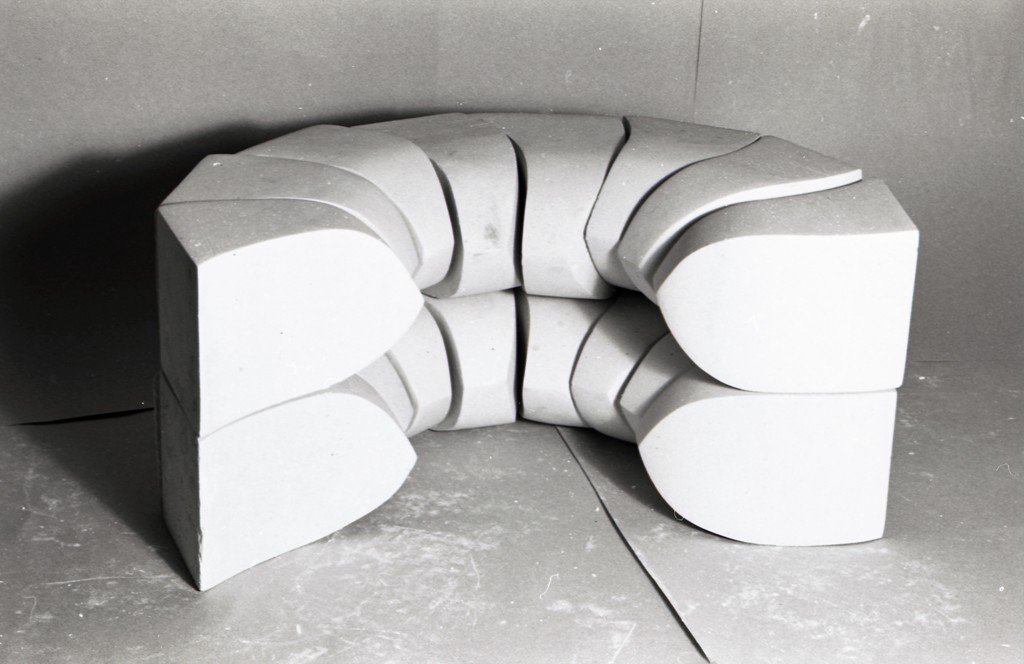 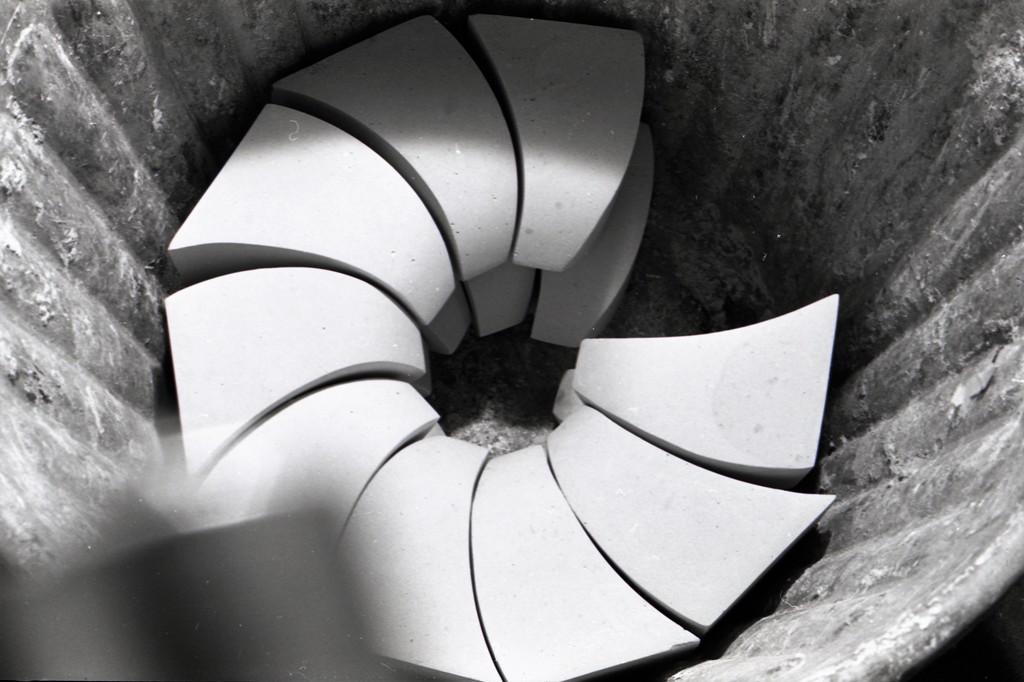 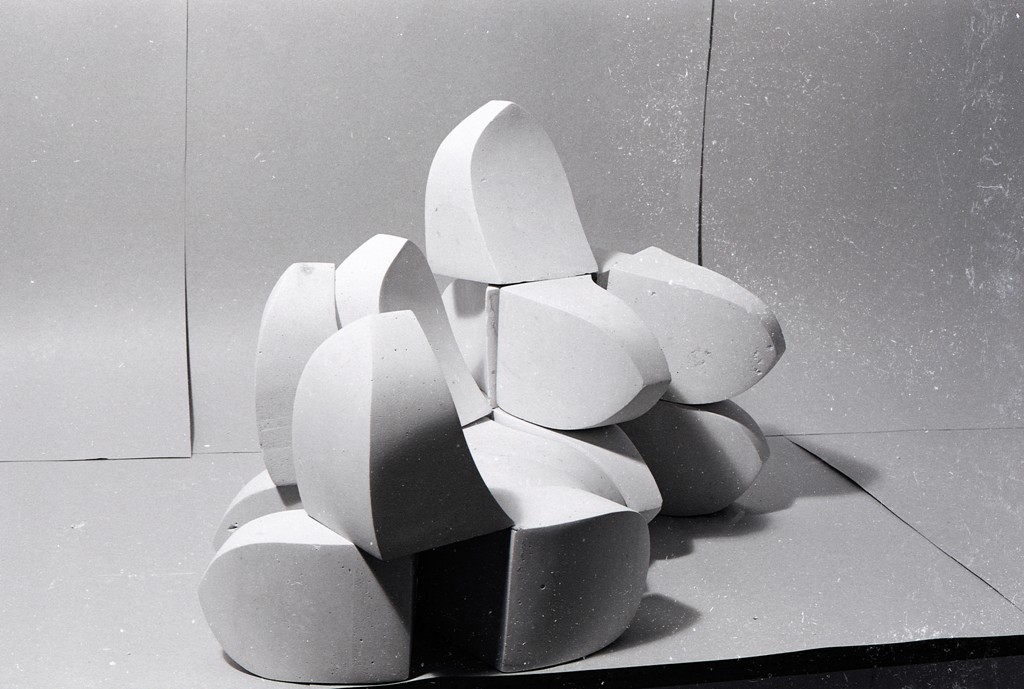 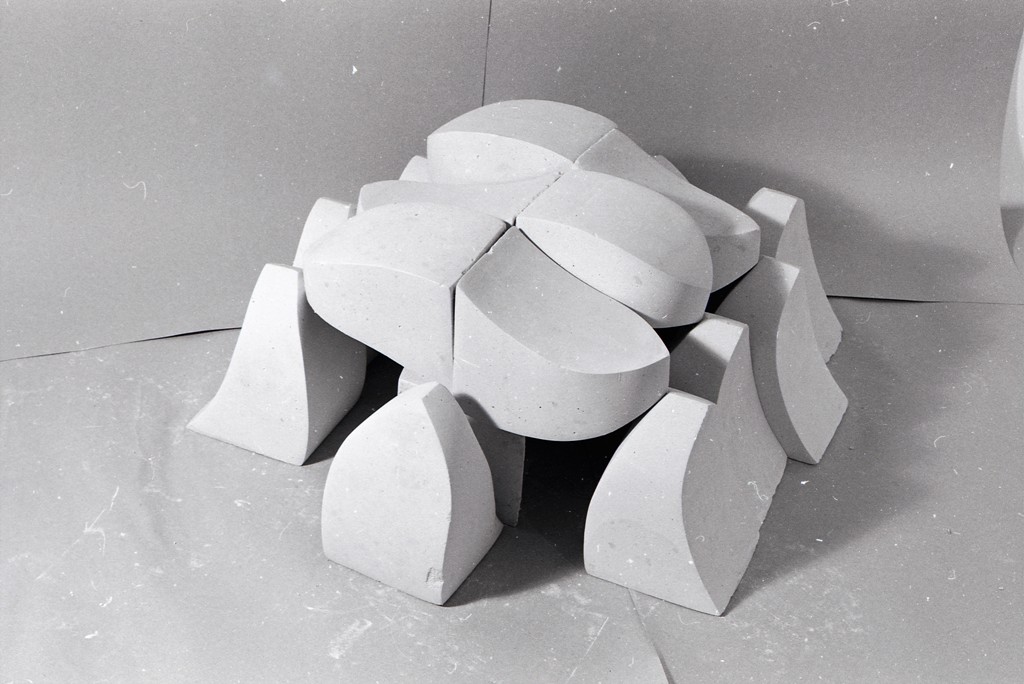 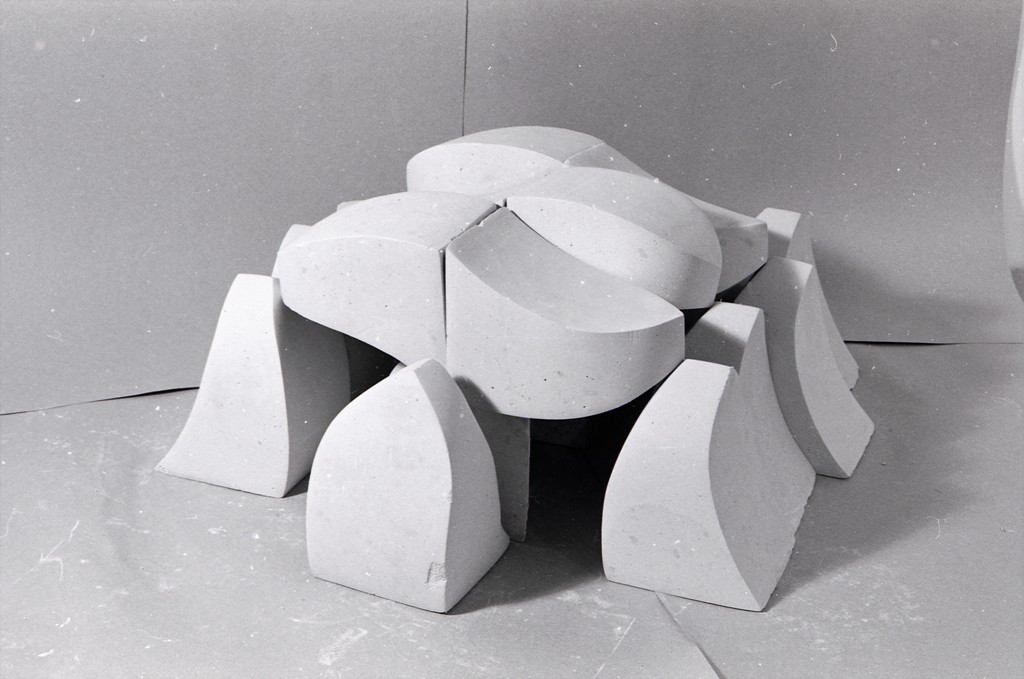 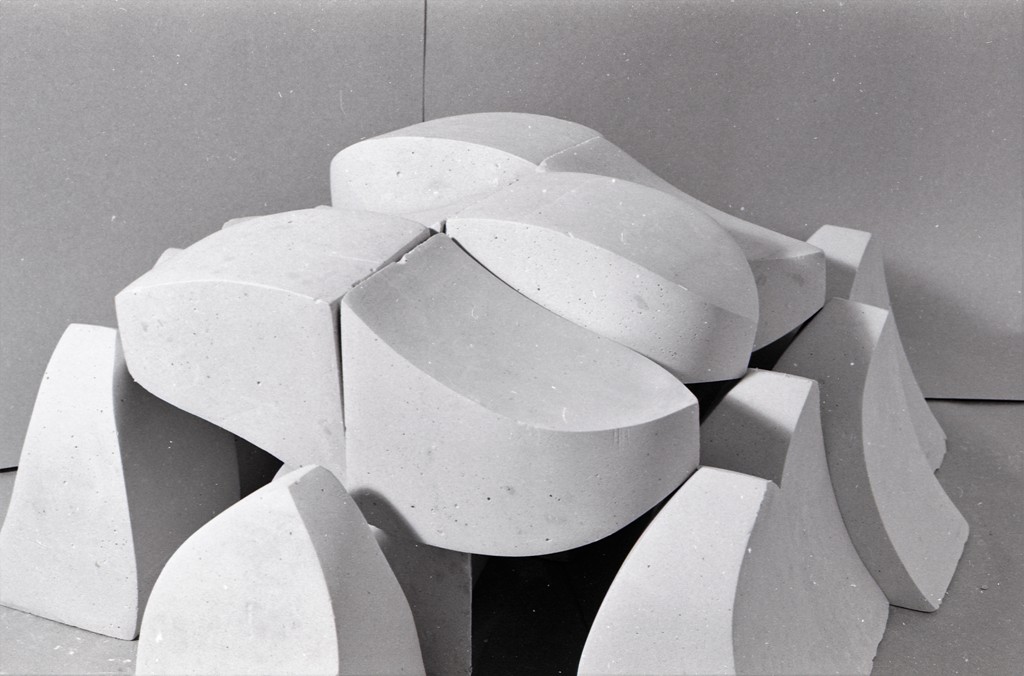 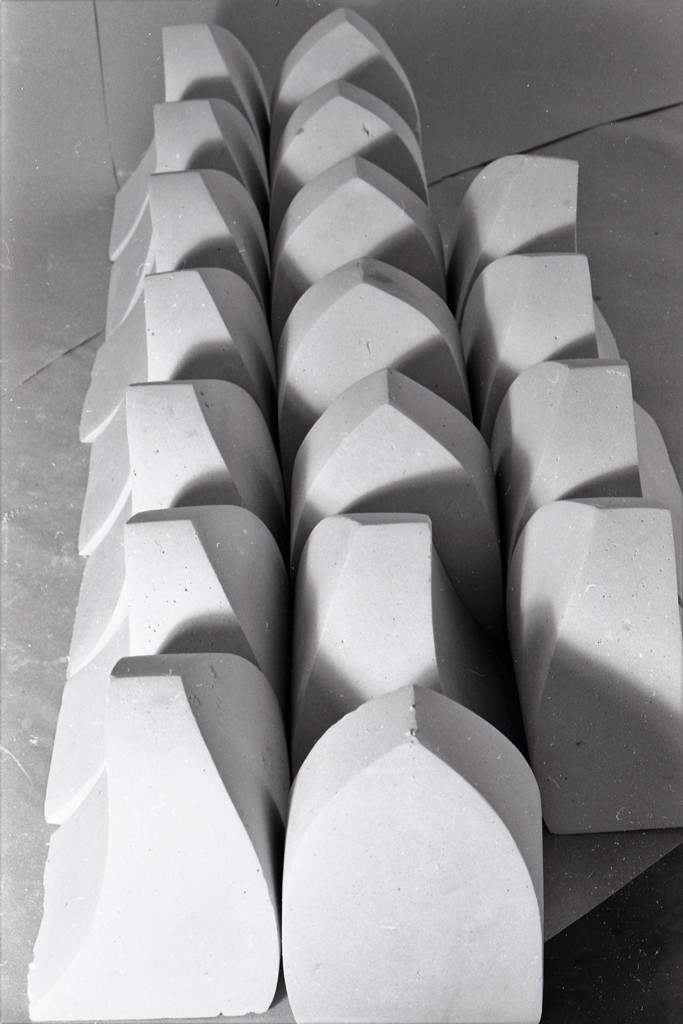 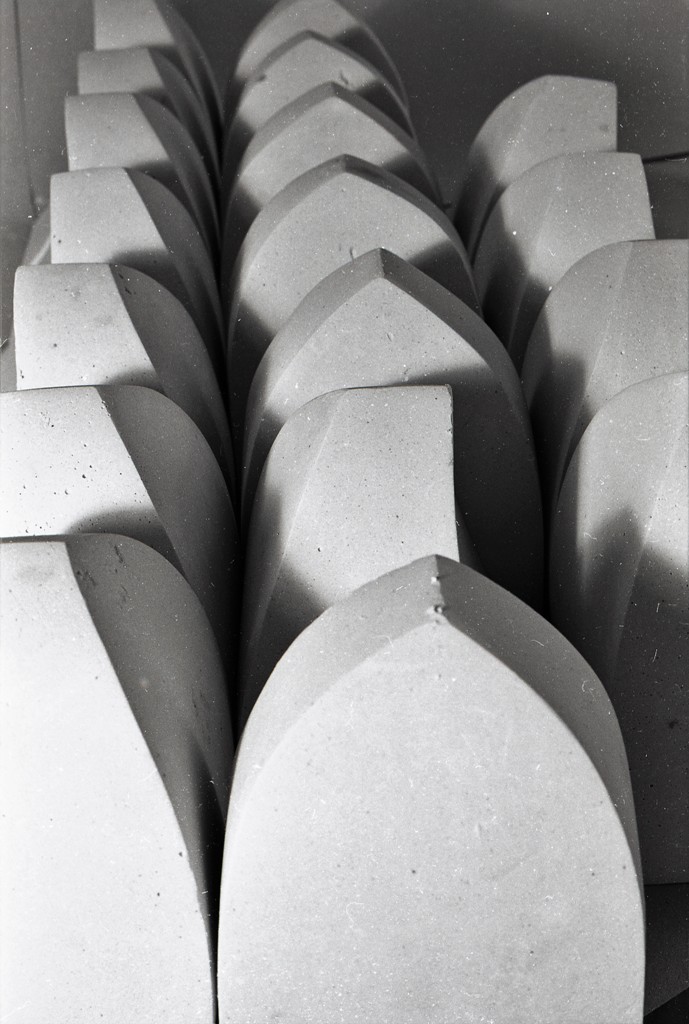 Utilising the basic shapes of one triangular prism and then perverting it by forming convex and concave faces, a unique shape was born. It was made using the principles of three dimensional card shape making. The shape was drafted as a geometric pattern on to card with ruler and compass anticipating that the card would be folded and adjoined by way of gluing tabs. These would allow for the folding along scored lines in the card to form the shape. It was made as if a cardboard pyramid in the geometry class at school. The geometric card shape was made as a hollow card model having equal and opposite concave and convex faces to the sides. This formed the pattern to make the mold to cast the shape.  The block now a solid is able to be laid adjacent to its self and form an extended and larger shape to be made as a collective in various formats. A rather simple soft looking building block or brick in its appearance the repeat modal collectively arranged becomes the model of a building made of a repeated geometric solid for example the Sydney opera house.