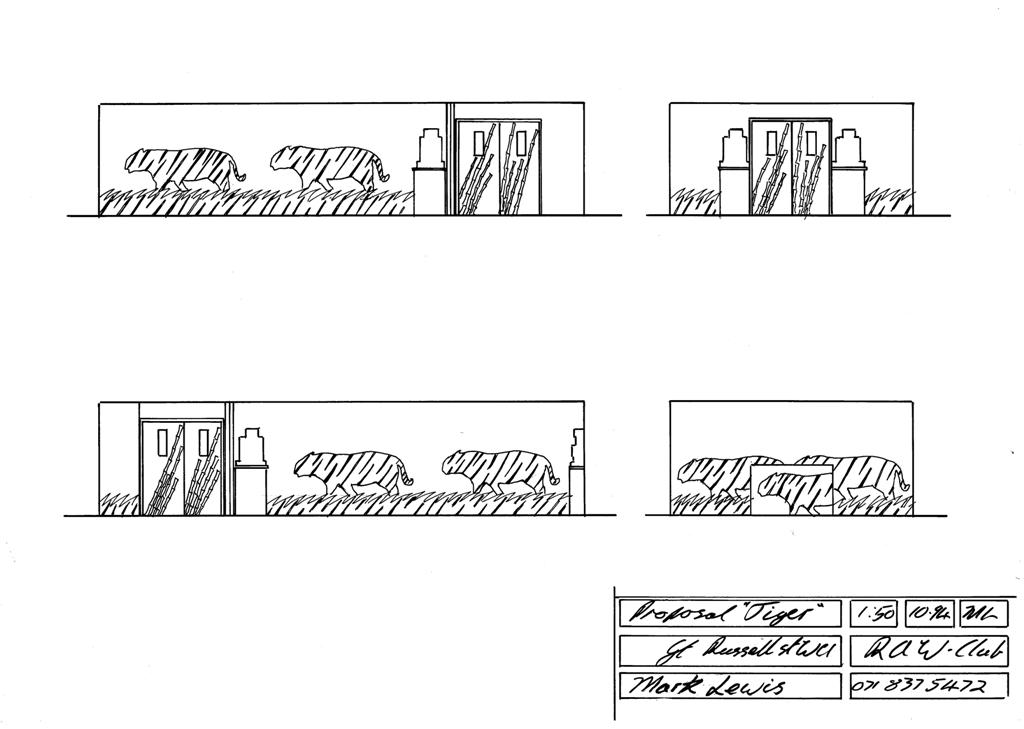 Being in the groove was an integral part of being a creative in London. Clubs and bars were where it was at. Acid house was the thing in the early 90’s, The Wag, The Quite Storm, Café De Paris, Fred’s, The Zanzibar, Browns etc previously in the 80’s and then the Atlantic Bar and Grill as our generation matured and the venues we went to got more sophisticated. At this time The Raw Club was looking to up its act so Oliver Peyton asked Mark to put a graphic together for the walls and re-branding.

Situated deep in the bowels of a tower block of Tottenham Court Road it was this club that set Oliver Peyton on the road to his fame and fortune in the 80’s. This was when Mark first knew him. He and his sister had a business importing Absolute vodka and Sol beer, distributing it to the trendy metropolitan venues of that era and opened two clubs, one in Brighton, The Can and later Raw in London.

Having moved into restaurants with his first, The Atlantic Bar & Grill near Piccadilly in 1990 he went on the open various other notable venues and established himself as a notable restaurateur, and more recently appearing on various TV cooking shows.