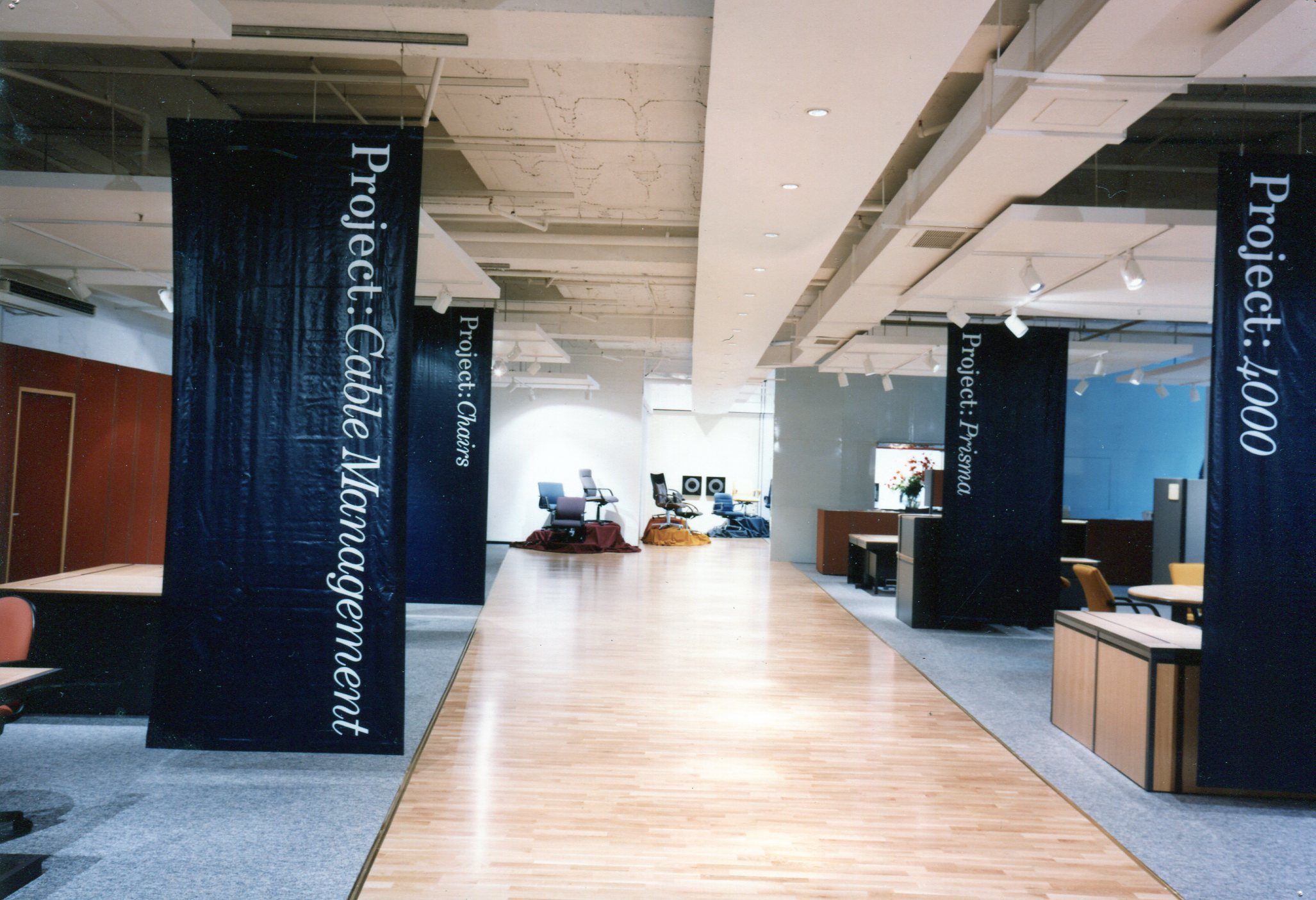 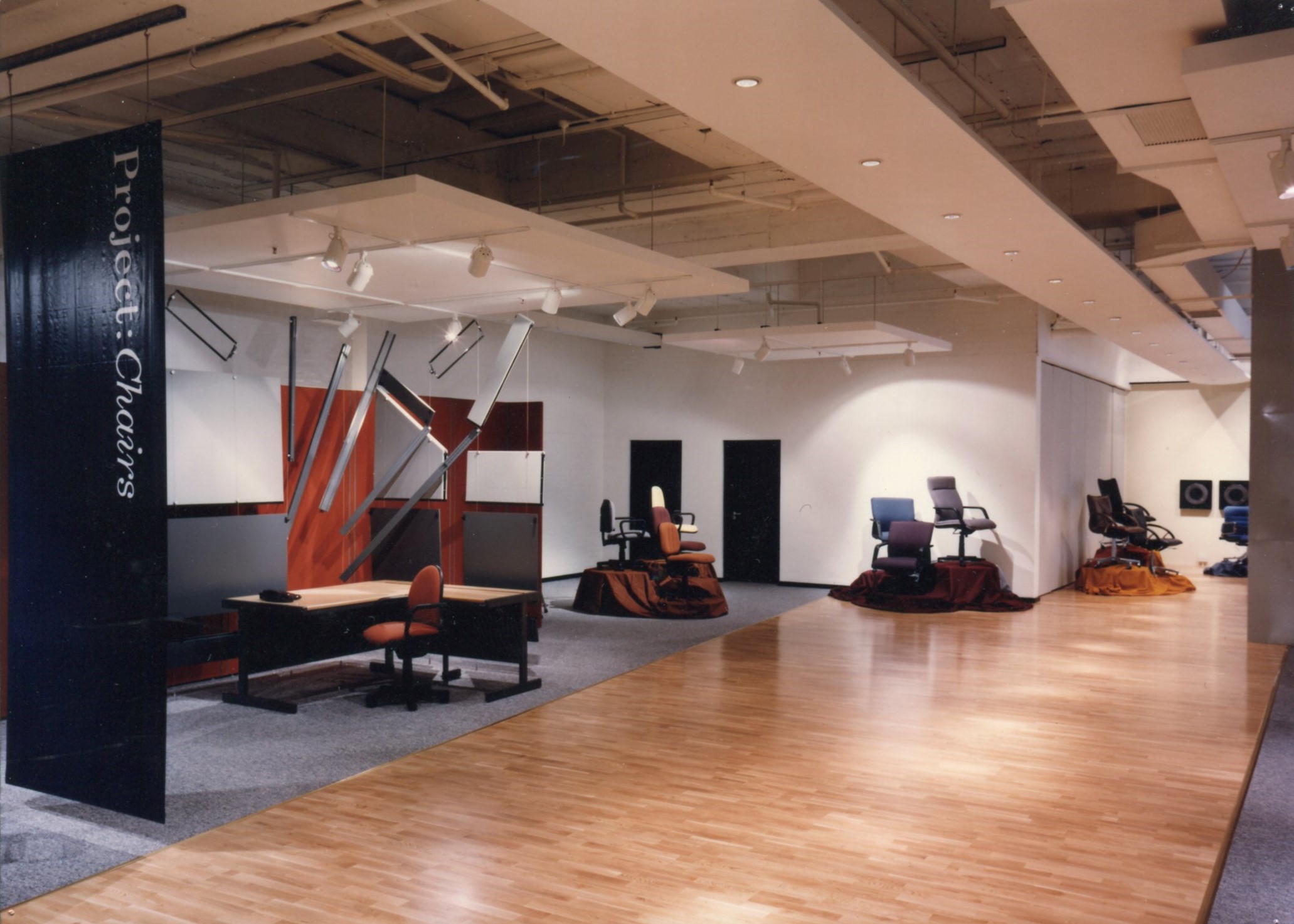 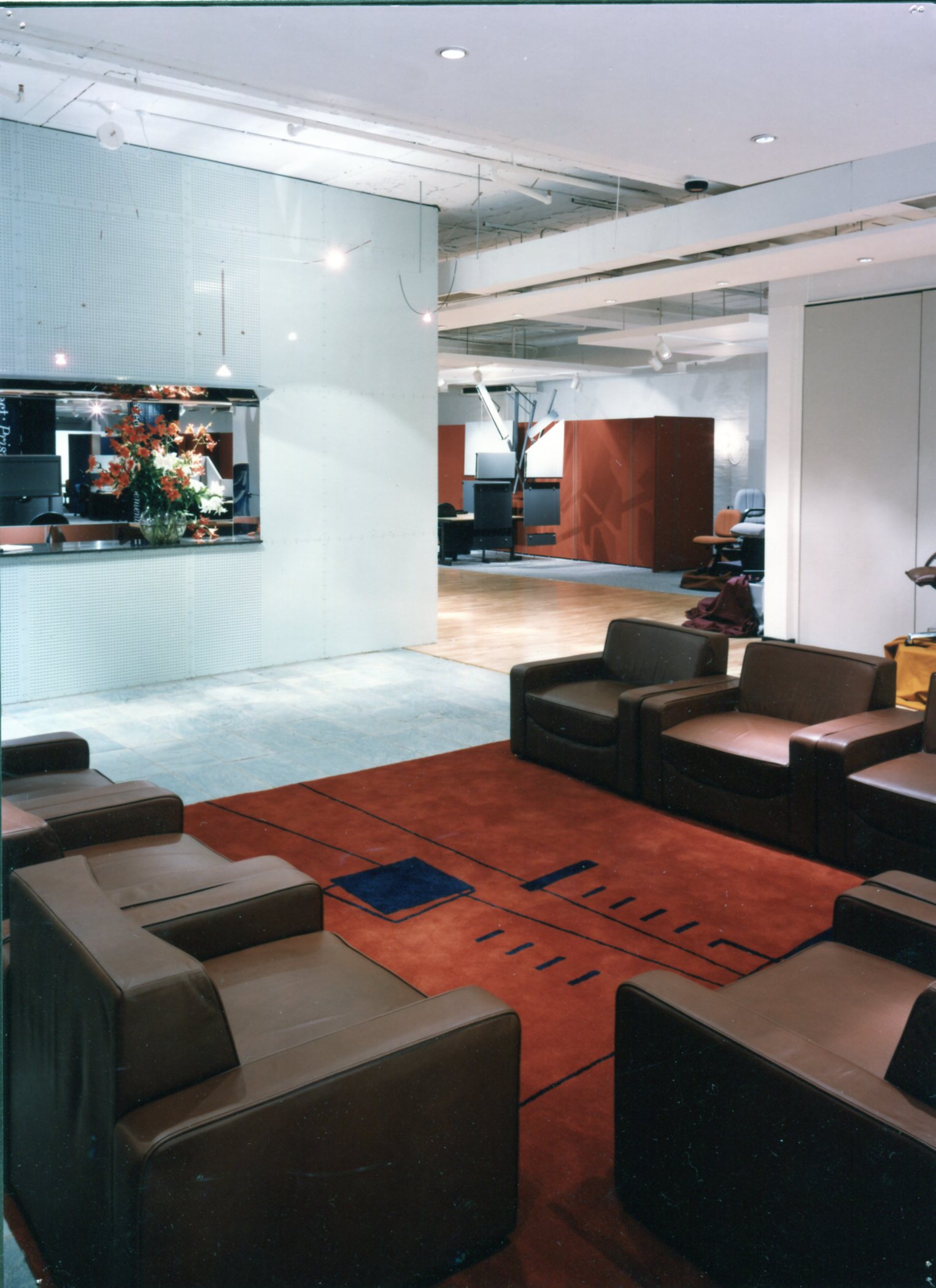 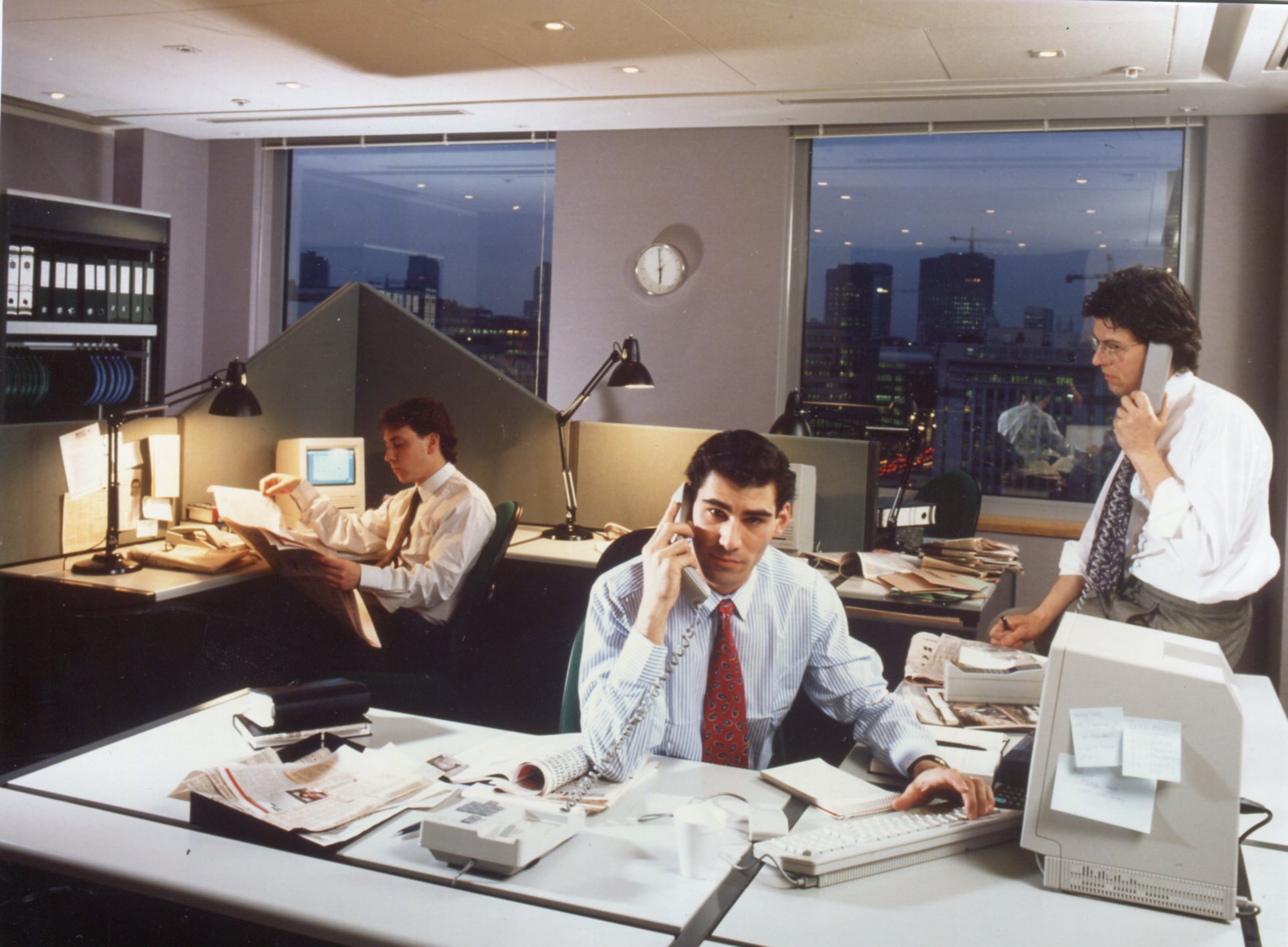 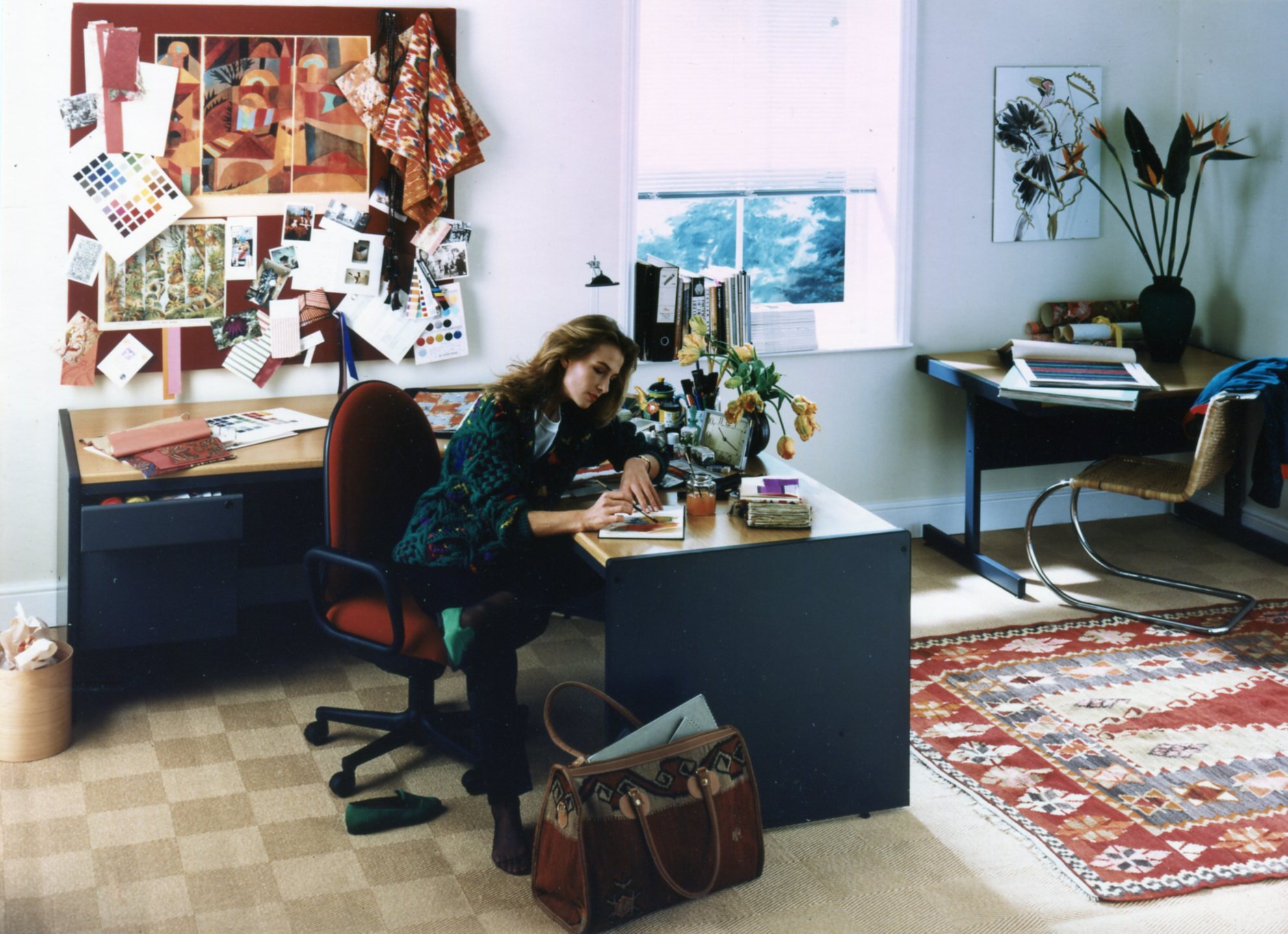 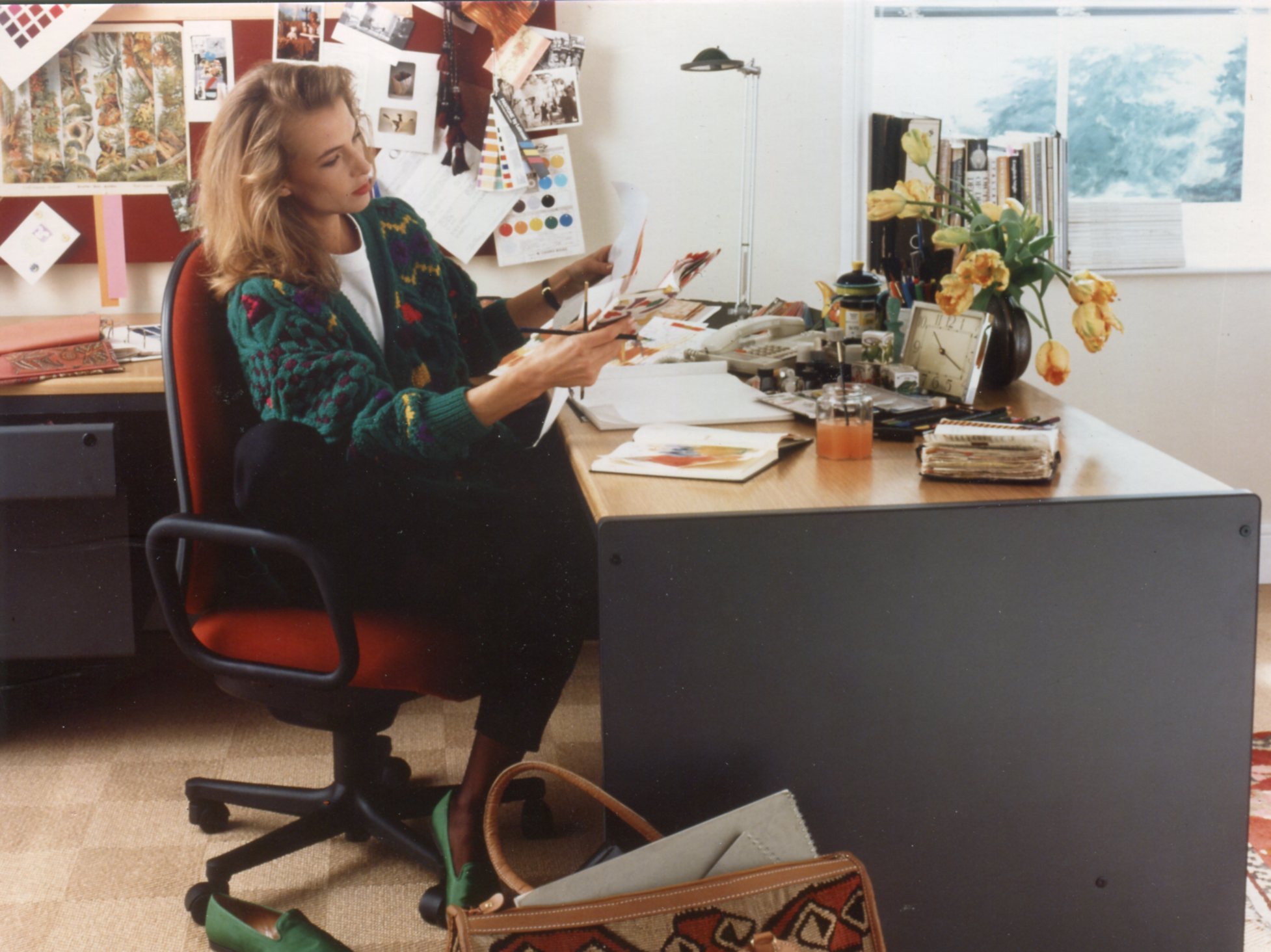 During this period, Mark worked as an independent design and production consultant to various commercial concerns and corporations.

One significant client, Project Office Furniture Plc, one of the largest furniture manufacturers in Europe, retained Mark’s services, having him work on a number of diverse projects, reporting to the Marketing Director.

Project Office Furniture were, at this time, in the process of re-branding and enhancing their presentation within the existing show room facilities in London, Liverpool, Glasgow, their headquarters in Haverhill and showrooms within both the New York and London Business Design Centres.

Part of this initiative was to commission Mark to prepare a report which would serve as a guide to inform the process. The 4000 word document was titled “The Showroom as a Marketing Aid and Selling Environment”. It covered the sociological effect of the showroom on the potential client and the way it can be fully exploited as a selling environment.

Having been read by the other principle directors of the cooperation, Mark, with their confidence, was able to direct the other consultants and architects, each being commissioned independently to deliver the various showroom refurbishments in addition to the cooperation’s rebranding.  Mark worked together with the Marketing director, whose role was to impart the authority of the company onto each element of the projects program, with Mark acting as her “equerry” and guide.

In this position, Mark had the privilege of working with the senior partners of three of the most significant design and architectural practices of the era:

Situated in Triton Square just north of the Euston Road opposite Warren Street tube station, the single storey  aircraft hanger-like building was obscured from a street vista by the adjacent office tower blocks, and would only be noticed once entering the complex of concrete and glass.

The refurbishment works were total (removals and demolitions went back to the brick work), replacing the interior of the shell with all new finishes, surfaces and feature elements. These included a main entrance of jade slate flooring, a frameless 27ft long window, a 36ft long and 18ft high aircraft type wing that sits half in the building and half out, making a dynamic entrance to the otherwise anonymous building.

Within the showroom a progressively narrowing corridor of oak flooring was set, running the entire length of the open hall. The settings for each product display on either side also included library and studio areas. Each area was carefully arranged sporting the new fabric range (see Fabric System) each complimenting the Modernist interior with comfortable warm colours of rust, deep red, gold, jade green and oak. The conference room was equipped with state-of-the-art presentation and projection facilities.

Project’s new logo mounted on the 8ft high panels along the building’s side made the showroom conspicuous, having it rise like a phoenix from the gray ashen slabs.