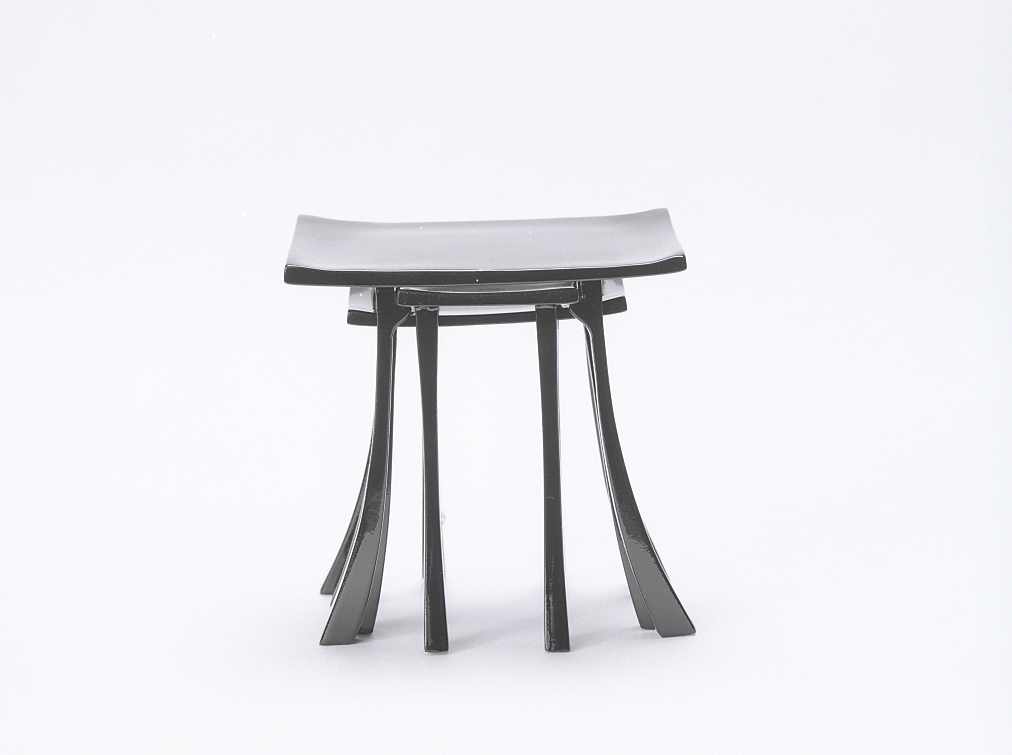 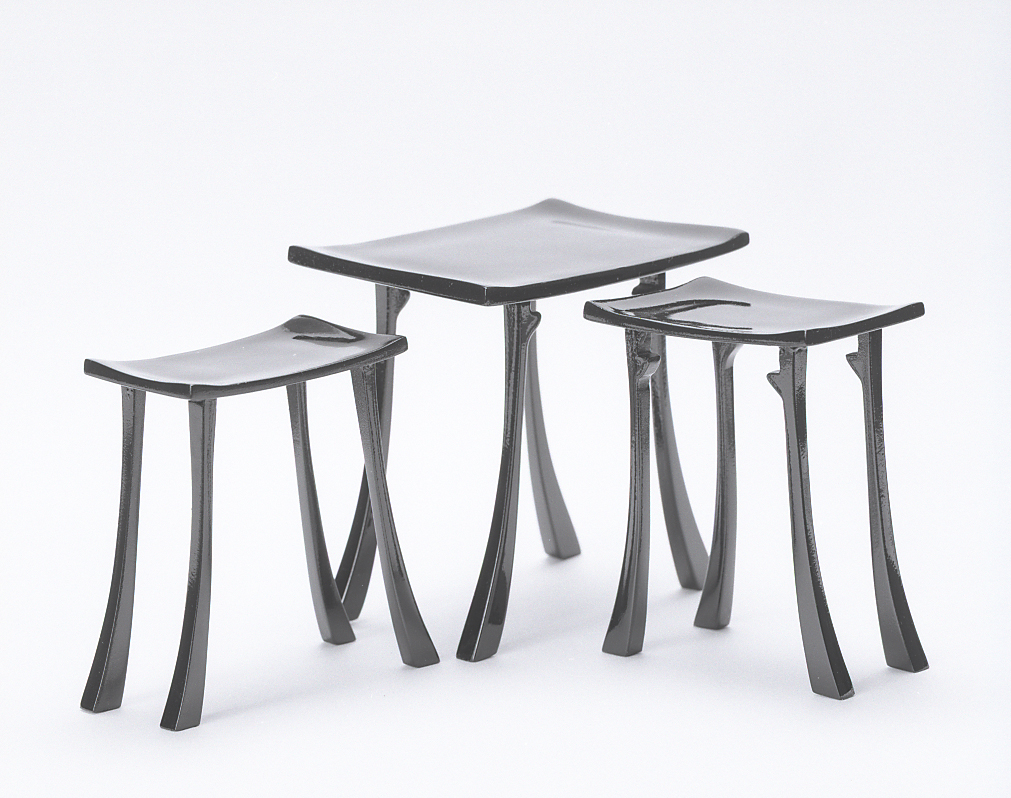 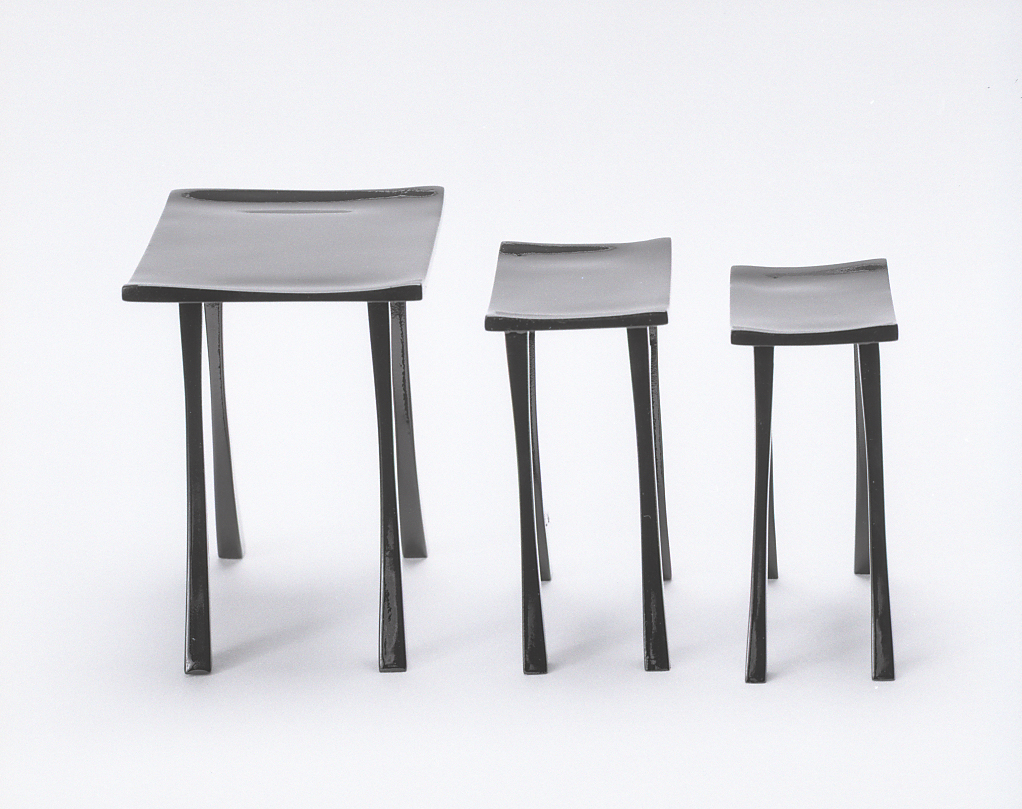 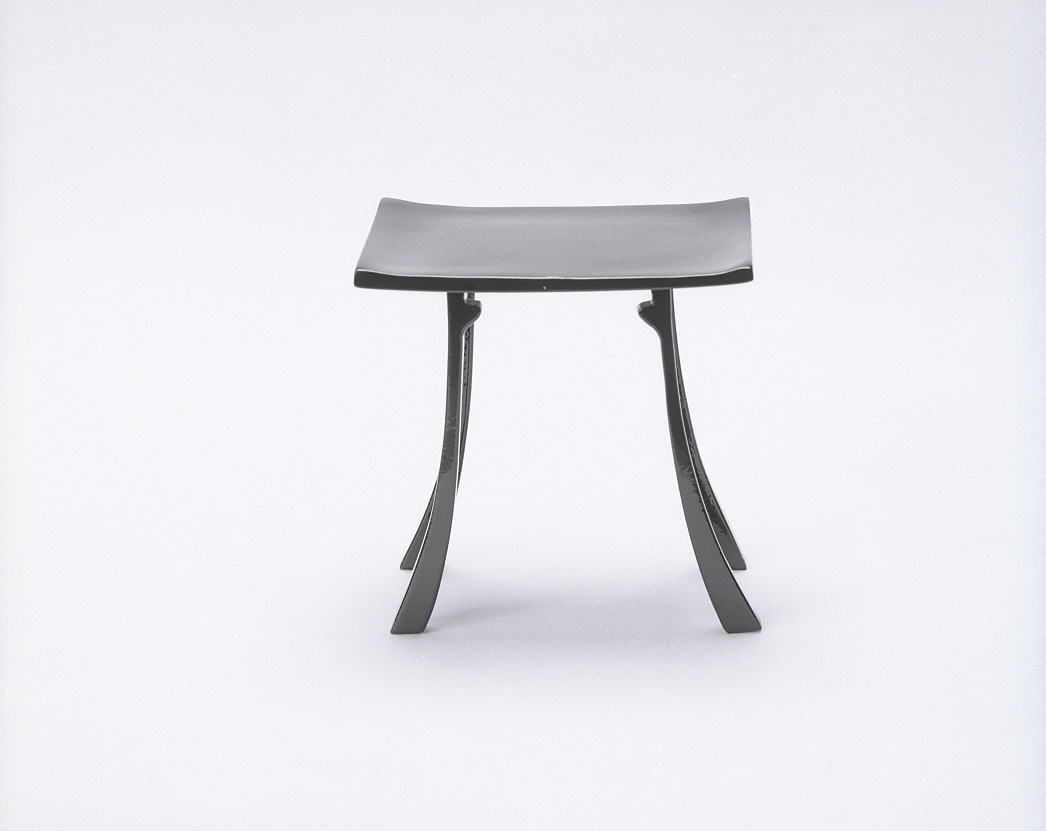 The oriental theme for the design was derived from Mark having observed the elegant and subtle forms and patterns occurring in some of the furniture, artefacts and prints in the drawing room of his grandparent’s home in Twickenham. His grandmother, a fashionable woman, embraced the idiom of the orient during the 20’s and 30’s when Shanghai became one of the most prosperous and cosmopolitan cities of East Asia infusing the west with its style. In addition Mark spent a short period living in Hong Kong. The opportunity came to design an item of living room furniture in which he could use these oriental themes. The first point of reference was the Chinese symbol for walking. Table legs walking are a rather obvious form to ape. The brush strokes showing a progressive change in the thickness of line each ending in a foot, the wider end of the line at the base of the symbol. After a few sketches and the drafting of a 1:5 scale drawing a model was made of the three tables each of different heights so one would slide under the other finished in a black lacquer. This was more indicative of the black writing then the final design made. Whilst drafting a full size production drawing the opportunity was taken to fine tune the shapes and dimensions and the device to hold each table in the nest.

Miraculously the two consecutively lower tables were enabled to slide into the horizontal rails under the taller table above. The rails are machined in such a way, sledge like ramps slopes the table up into position slightly lifting it up from the legs having  contact with the floor and the inner walls of the rail in a manor to guide the table tops canter to the assembly. In a criss-cross format the arrangement of the two lower tables being 90” to each other would allow one to lock the other in place. When lifting the nested tables each will remain secure.

Solid sycamore slabs are bonded along the grain to form the table tops. Gluing thinner centre slabs to the thicker outer slabs the bulk of timber needed to be planed away is reduced. The table tops are shaped to be concave whilst the undersides are shaped to be convex the edges of each thickening in dimension towards each corner. This detail also serves the sliding and lifting into place of the lower tables. Each leg is made to the same dimensions mimicking the progressive change of thickness along its length as observed in the Chinese inked lines of the symbol.  Only the length of each set of four is reduced one set being sorter than the other having first been cut to the same template before shaving the final lines and finish.

The effect of this engineering is a symmetrical pattern of legs and tops shadowing each other in a form that embodies the essence of the orient. The function of how the tables nest is intriguing and offers the owner the option of setting each piece individually about the room or in the nested block only to be broken in to as the occasion demands.