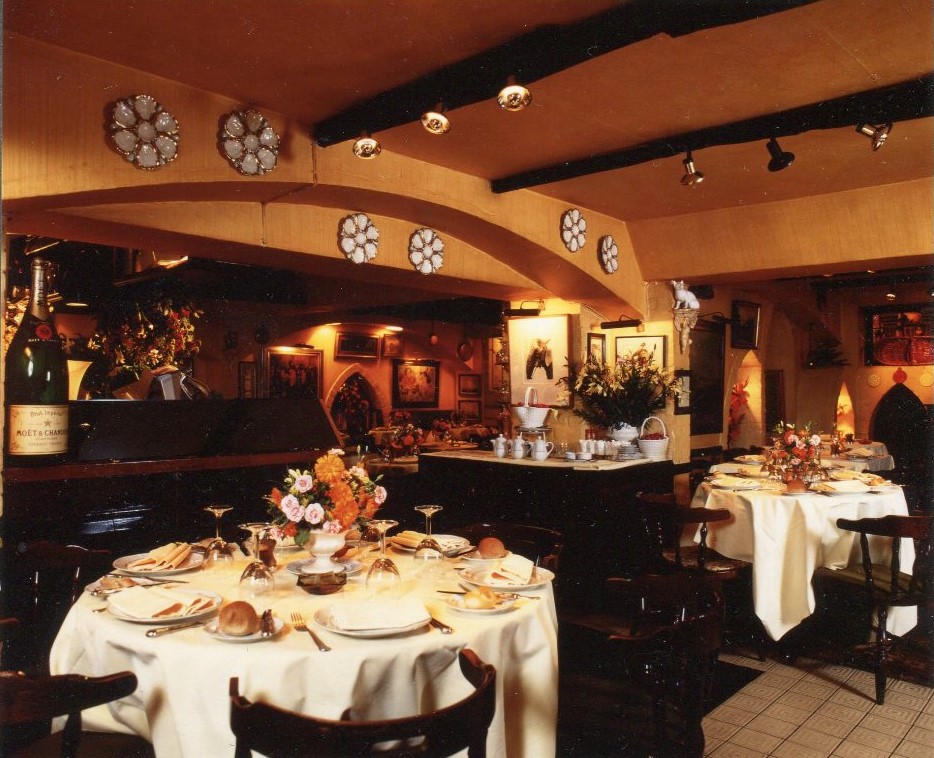 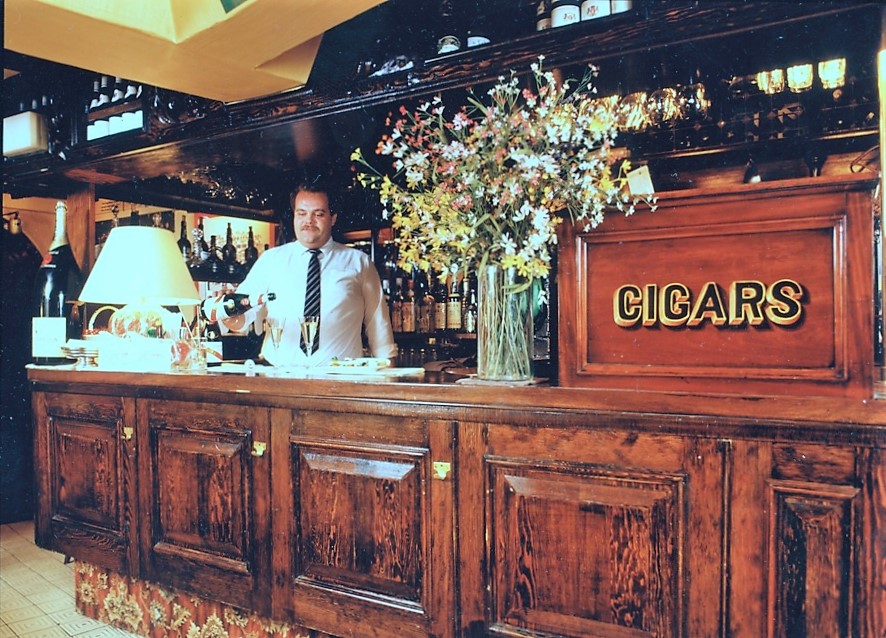 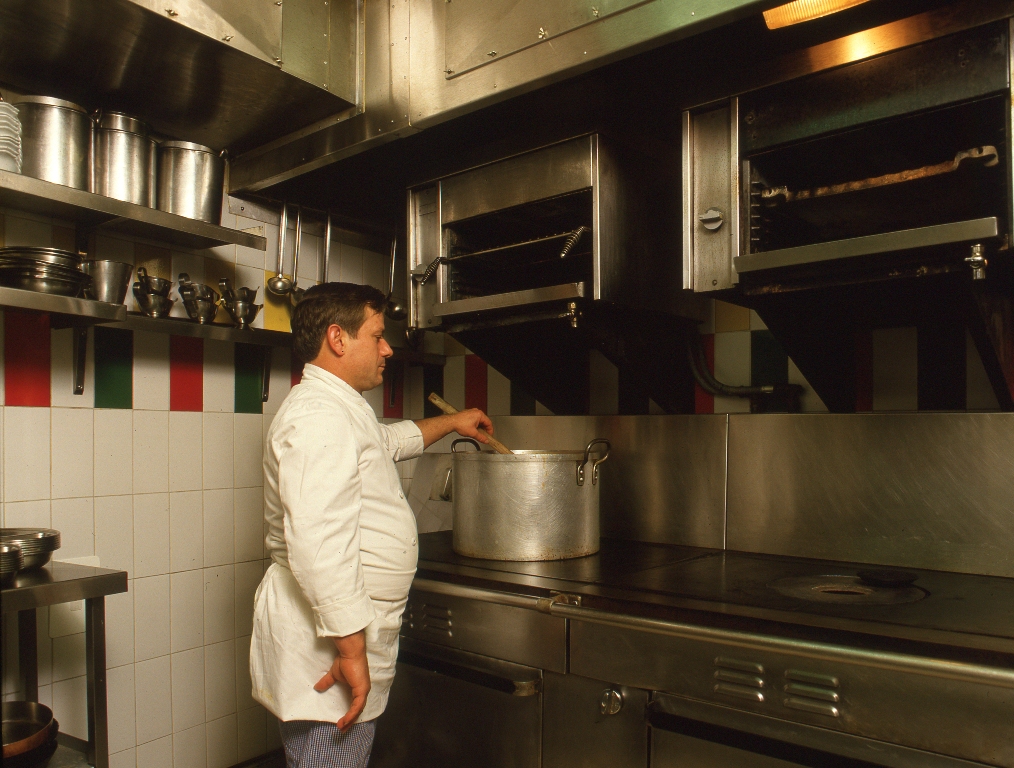 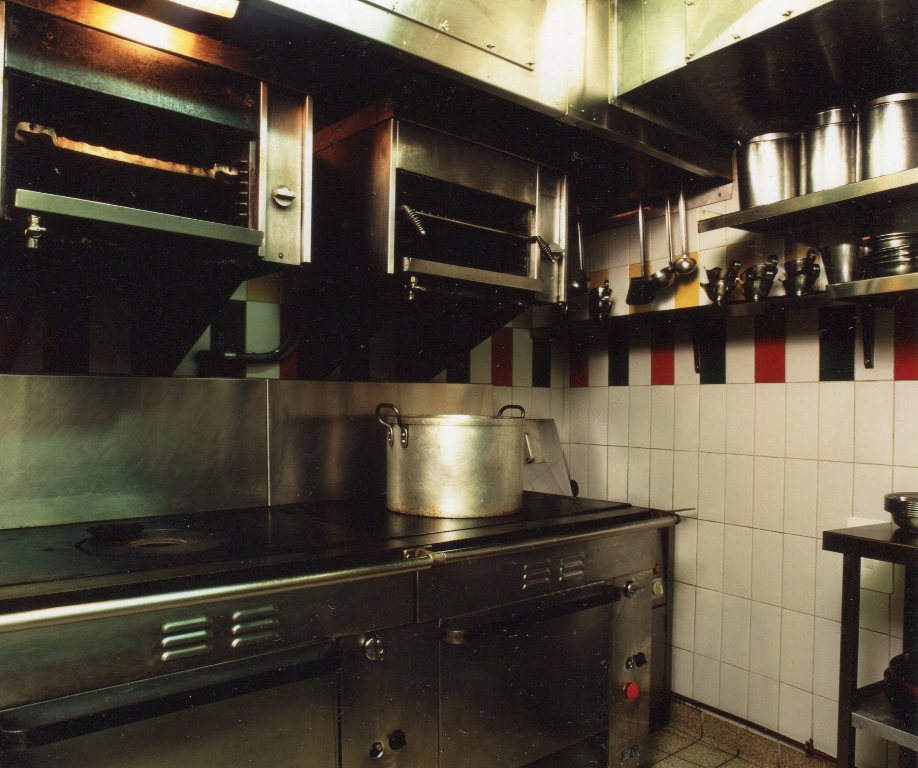 Refurbishment of the kitchen and restaurant and the restoration of mahogany raised and fielded panelled bar.

The restaurant kitchen served an excellent French/Continental ‘a la carte’ menu to 150 cover for lunch and dinner from only 98 sq ft of kitchen space.

Philip Lawless first became famous as the manager of the well-known Scotts Restaurant in Mount Street, also a client of Lewis & Horning, in Feb 1982 he bought Motcombs and transformed it from a small cafe’ into a successful restaurant and bar.

Motcombs was recently refurbished by others, having expanded the restaurant into the two adjoining premises.

However, when Lewis & Horning were engaged to refurbish the original premises in the early eighties, the kitchen and dining room were relatively small given the number of covers achieved.

Because of the precision and finesse of the chef and the determination of the owner, Philip Lawless they did not compromise on the excellence of the food and service despite the limited space.

Having little storage, all the food was delivered and temporarily stored on the dining tables closest to the kitchen in the mornings. The food was then prepared and progressed into the kitchen for cooking, freeing the tables so they may be laid ready for the arrival of the customers at lunch time.

The task was to completely refurbish the kitchen retaining the existing cookers in the same area but finely tuning the layout and installing new services, ventilation, refrigeration and surface finishes, all strictly within the stringent health and safety regulations enforced within London restaurant industry.

The project had to be completed within the four day Easter Holiday, assuring the restaurants resumed turnover on the Tuesday evening re-opening.