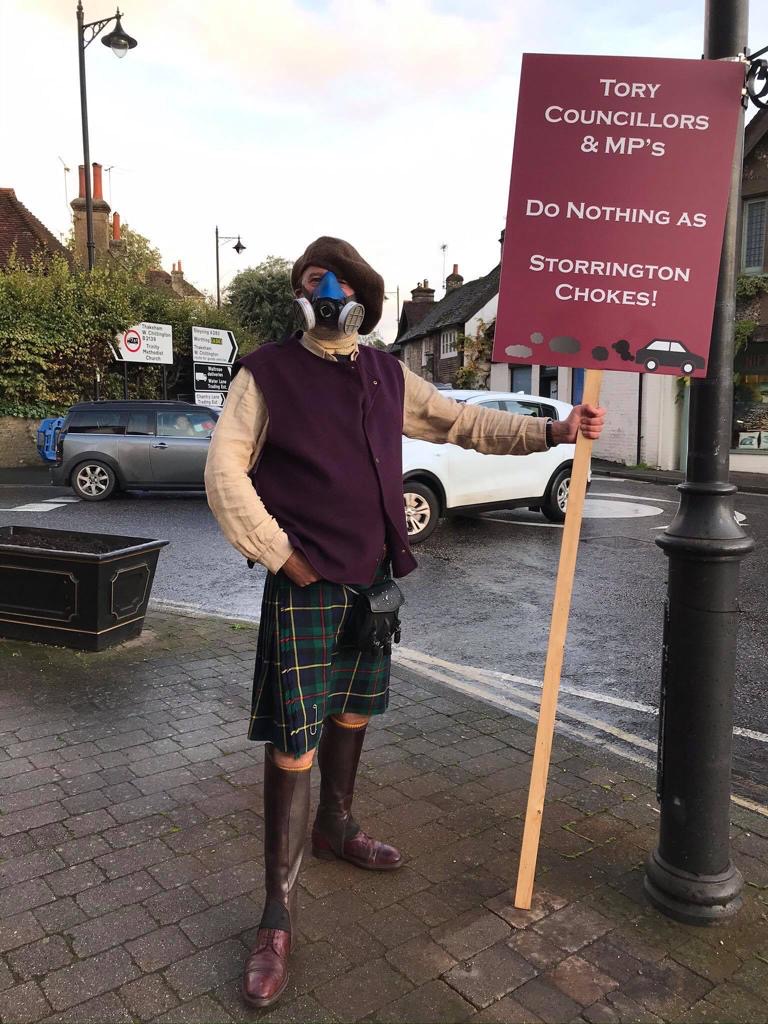 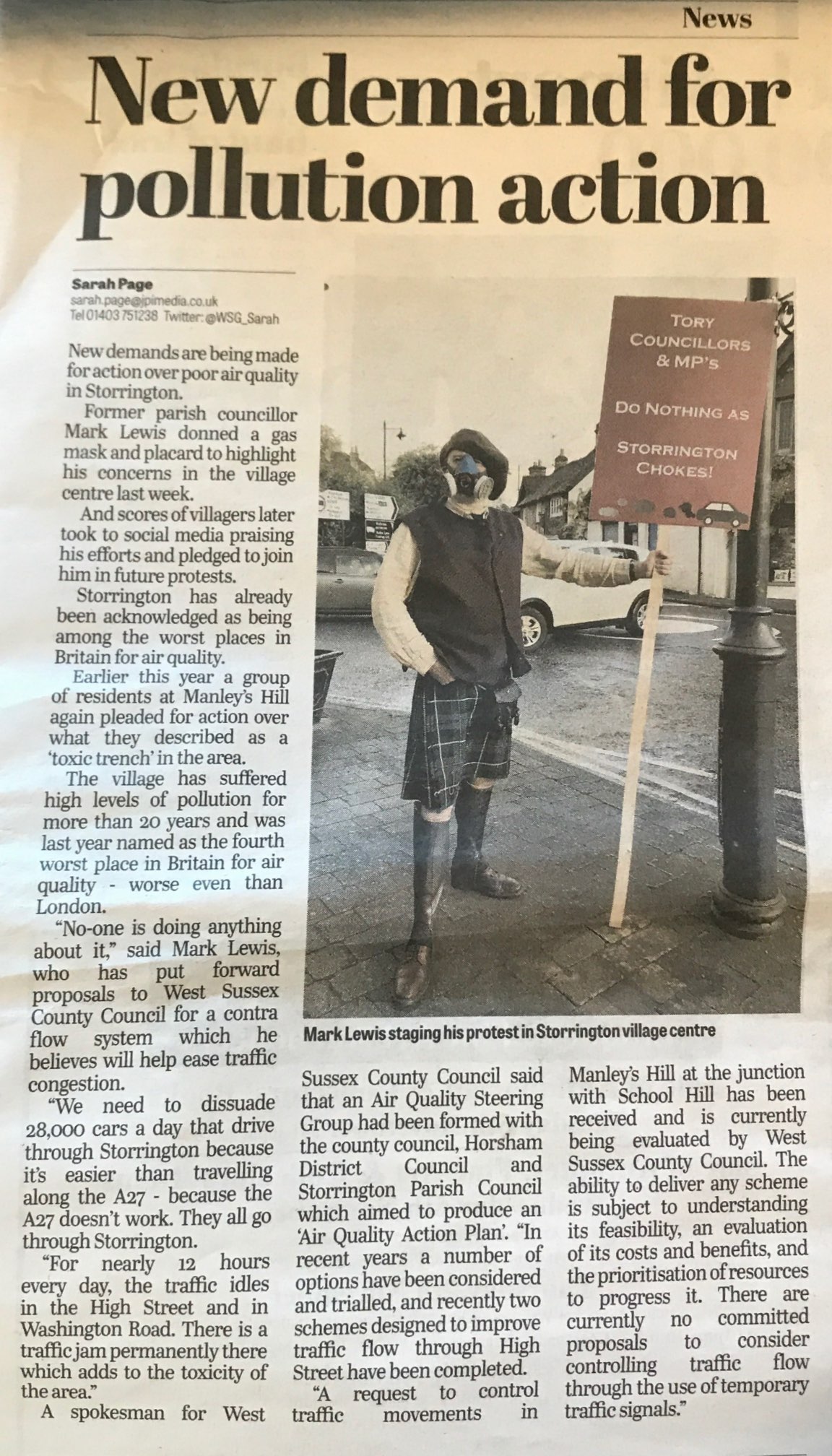 Never one to shy away from a fight, in October 2019 Mark Lewis took it upon himself to protest for better air quality in his hometown, Storrington.

Geared up in a gas mask and kilt, he took to the High Street, Storrington, with a placard stating “TORY COUNCILLORS & MPs DO NOTHING AS STORRINGTON CHOKES”. Mark’s action garnered praise from local residents, and attention from the local newspaper.