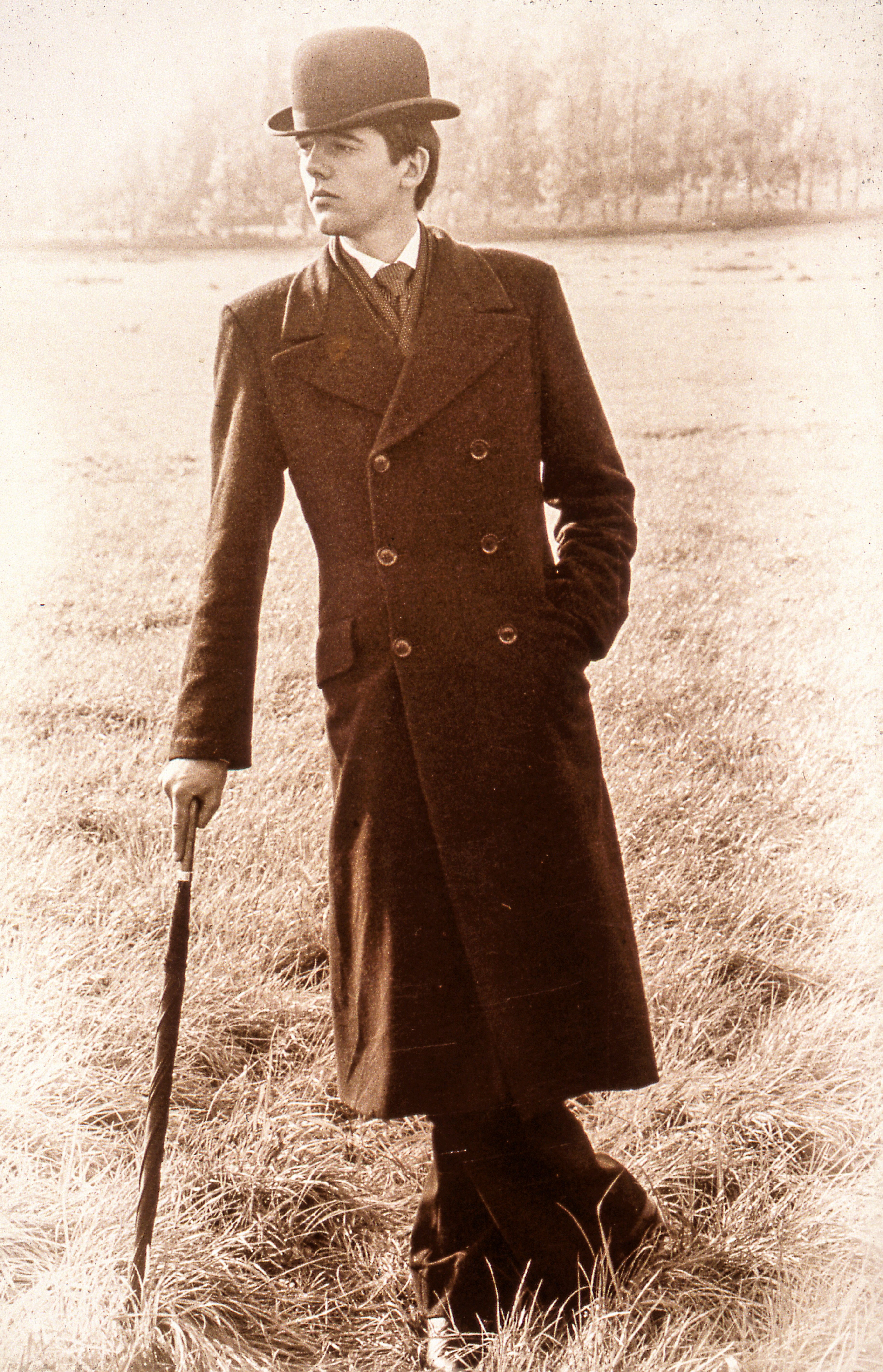 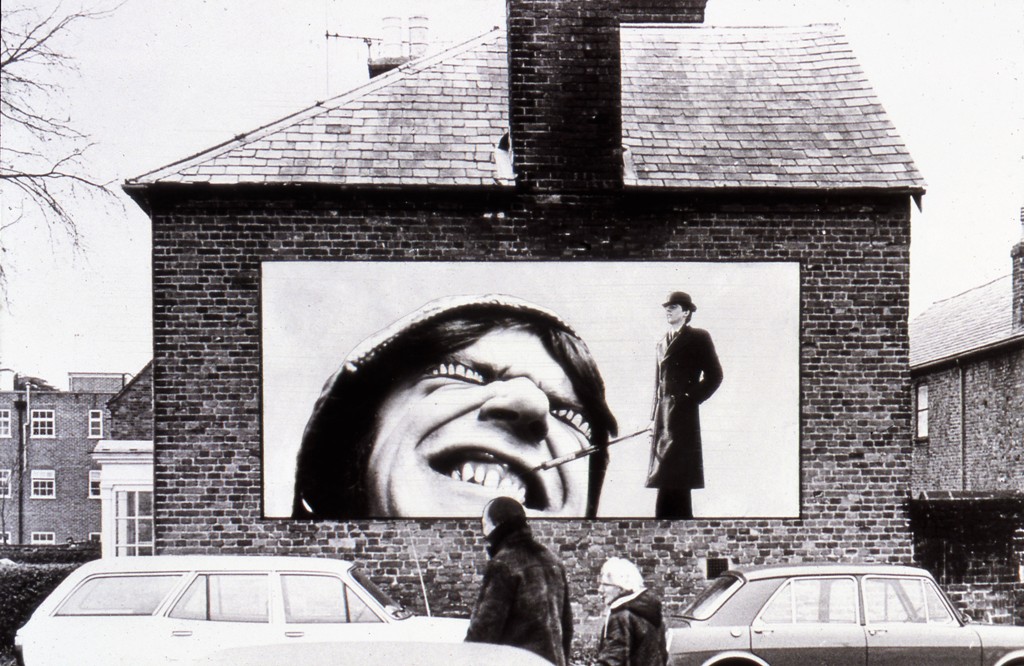 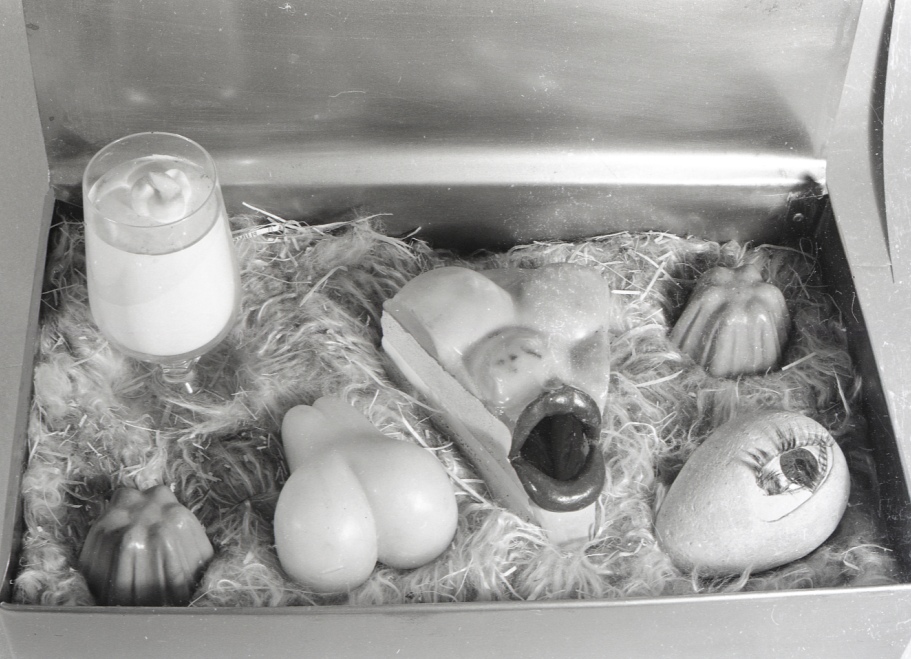 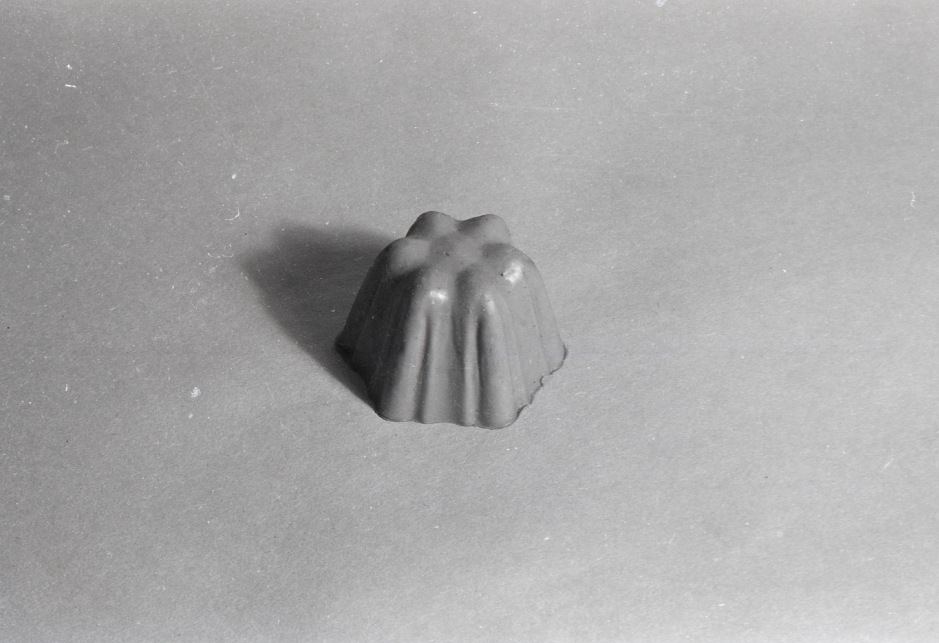 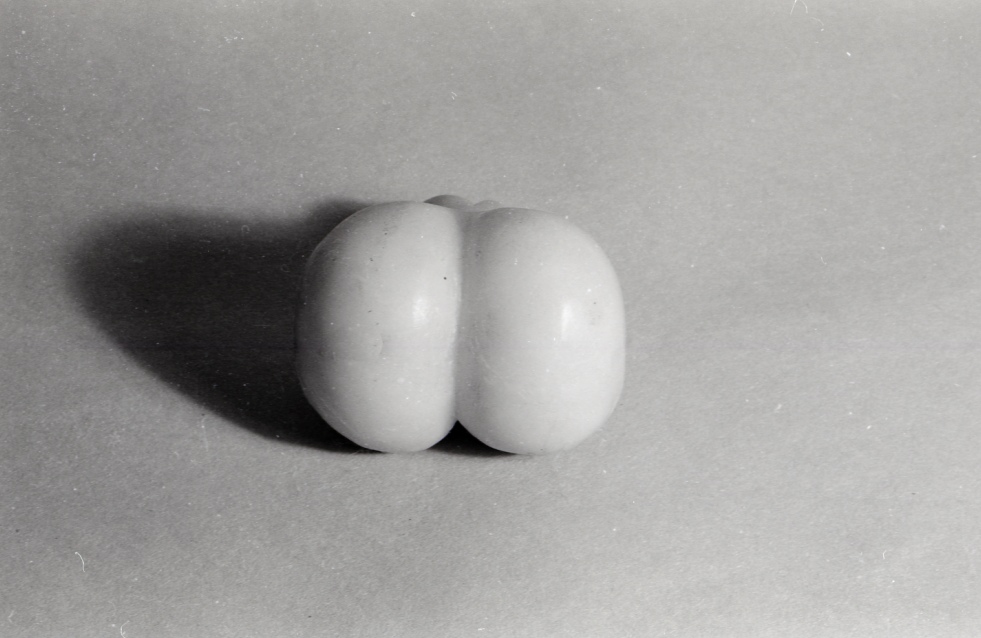 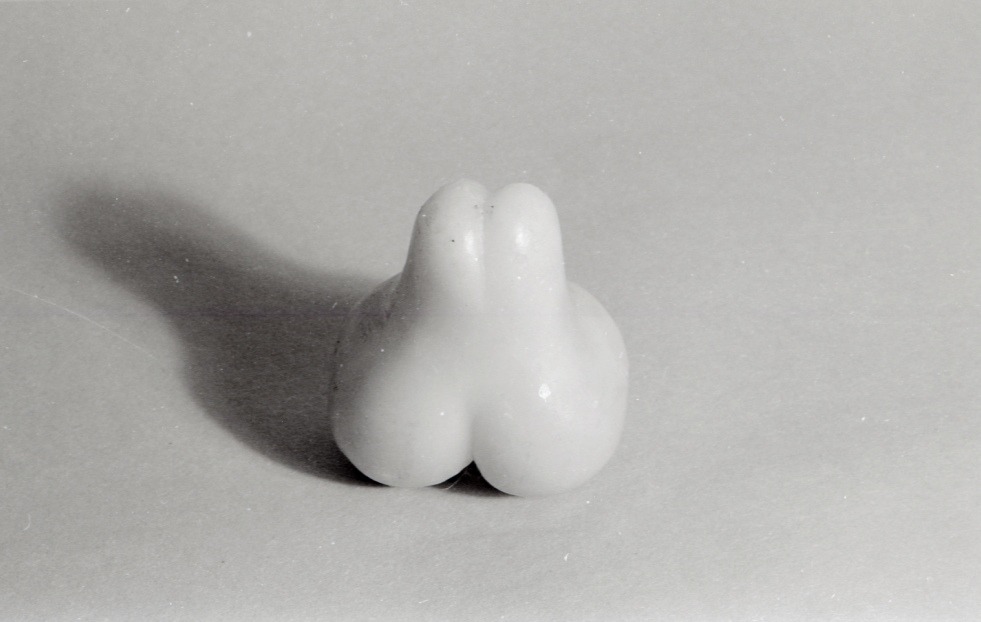 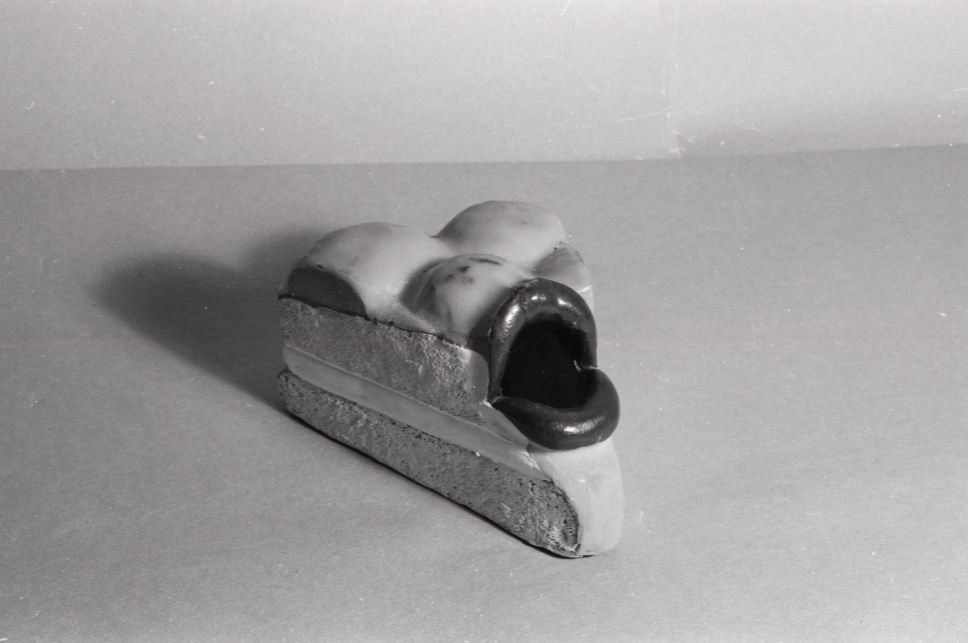 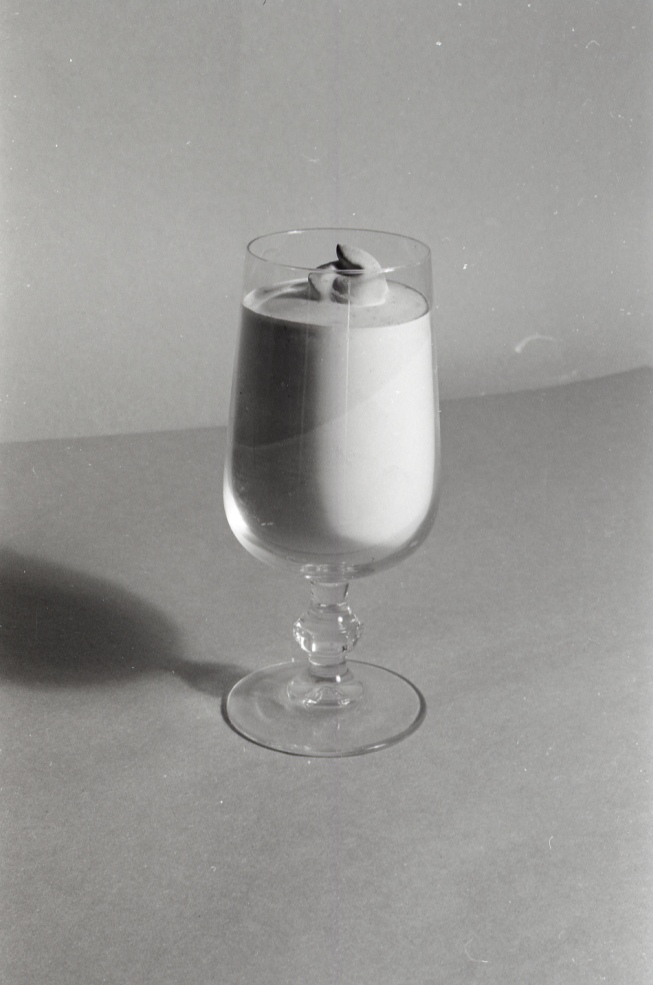 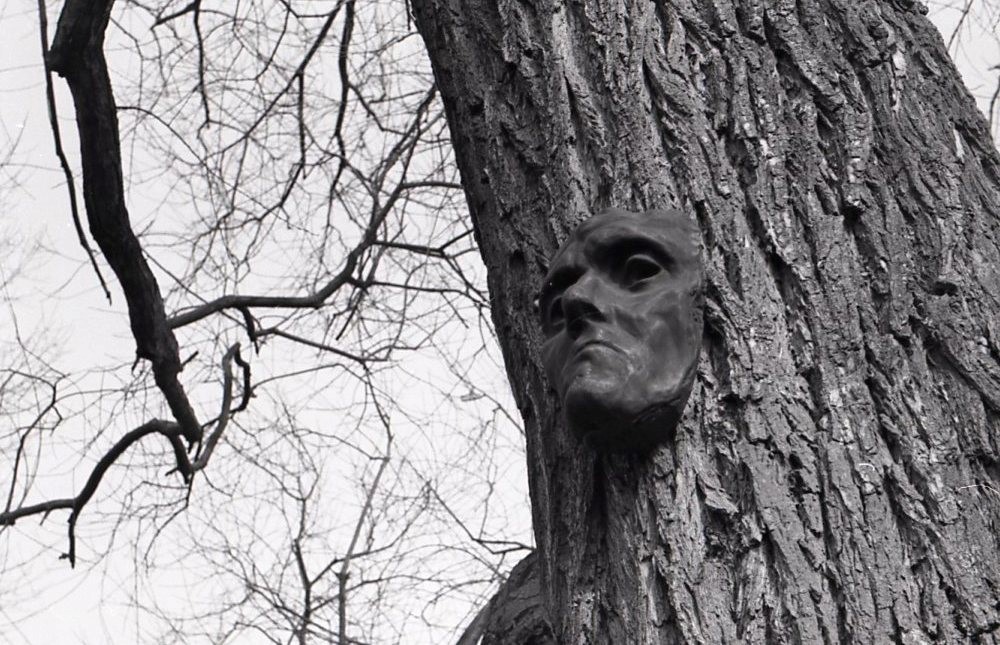 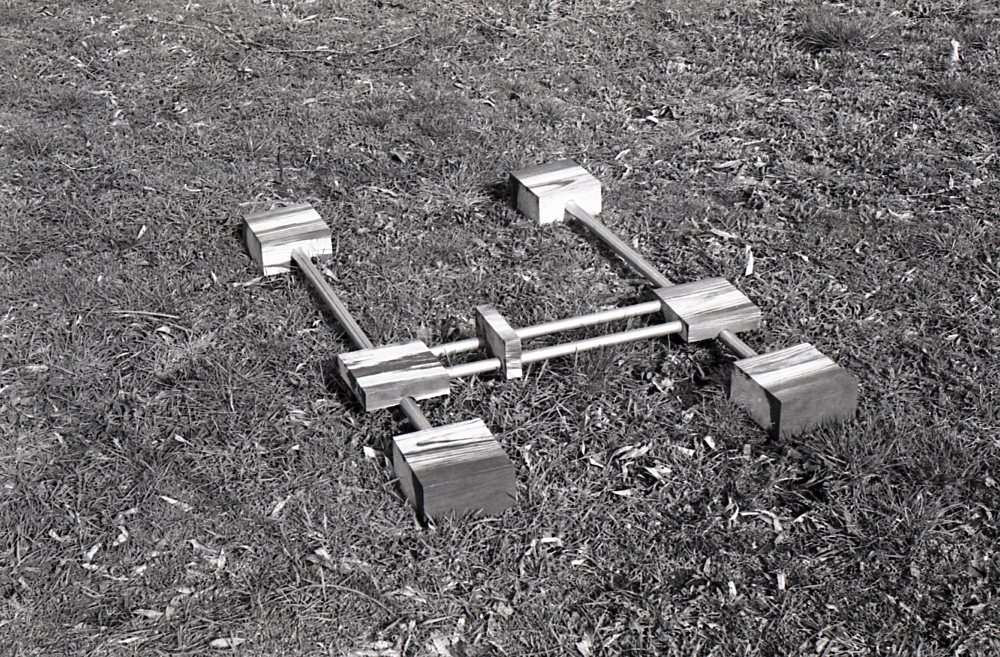 Mark Lewis, the eccentric and ever conspicuous art college student, was determined to stand out from the crowd. The fashion for art students at this time compelled them to wear woolly hats, duffle coats, jeans’, T-shirts and trainers or suede boots.

Clearly wanting to be different, Mark adopted the appearance of what was perceived as ‘The Establishment’ which was in direct contrast to his political ideology  and that of his peers at that time.

He would wear variations of suits and ties on a daily basis, and, as the folk night organiser would adopt the appearance of a 19th-century workman wearing his genuine Lancashire steel-shod clogs.

Mark used this image in a photo montage he titled ‘Pain’. This installation depicted the insidious pain afflicted on the proletariat by the establishment. The work showed images of a syringe needle penetrating gritting teeth into the mouth of a working-class man.

At this time a Tory Government were implementing cuts to the education budget. Mark was instrumental in the organisation of a student “Sit in” at the college and led the demonstrating contingent of protesting West Surrey College of Art students as it marched through London. Mark was dressed as an executioner and carried an exaggerated model of an axe.