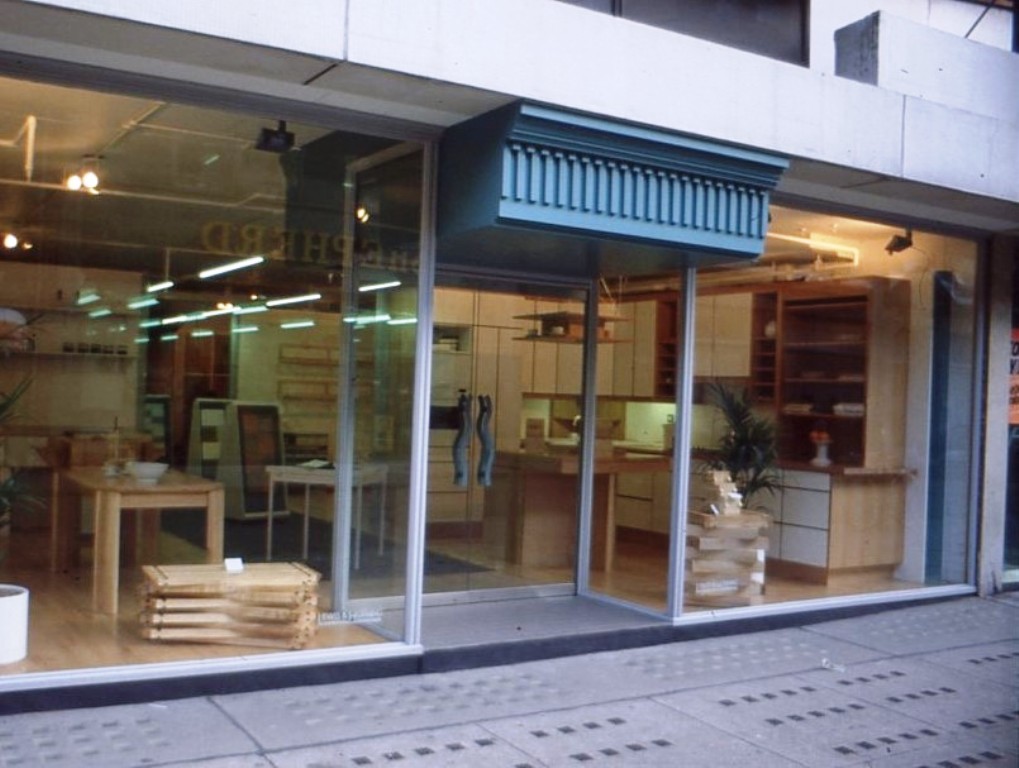 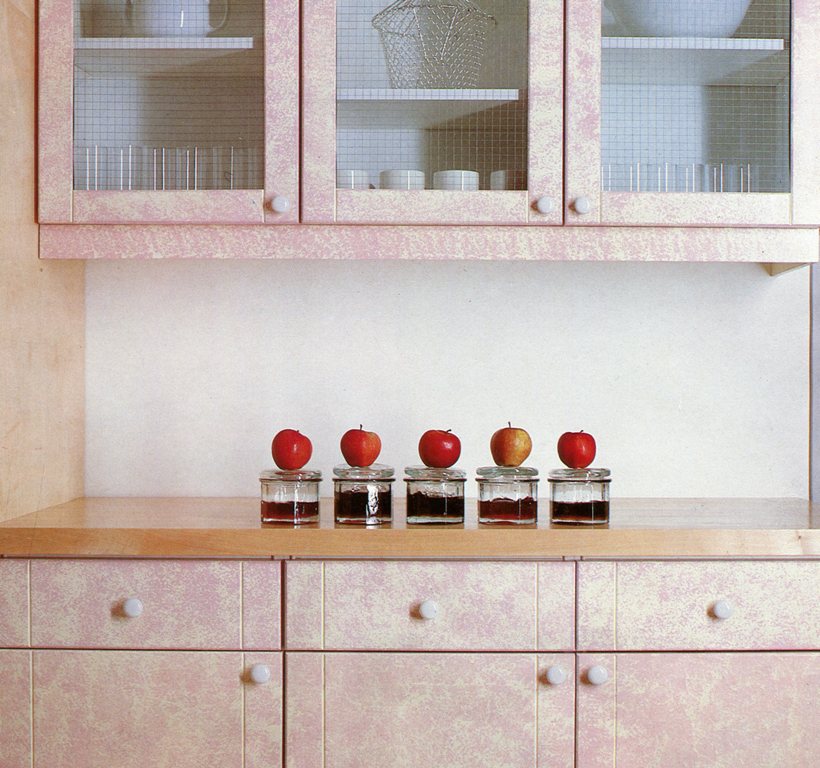 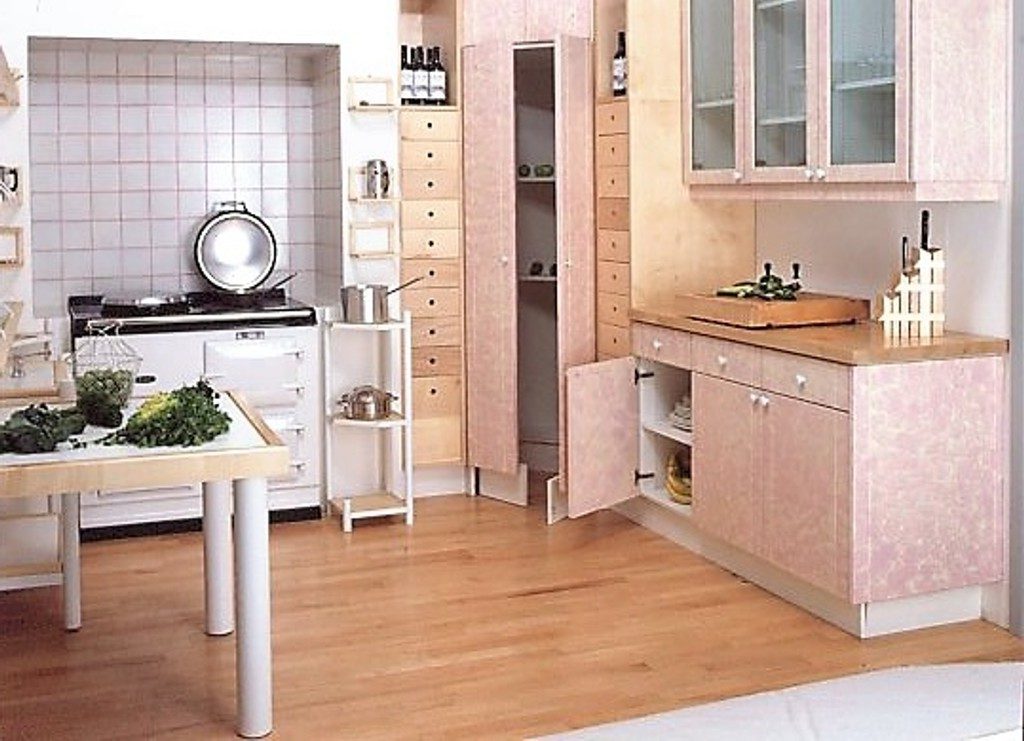 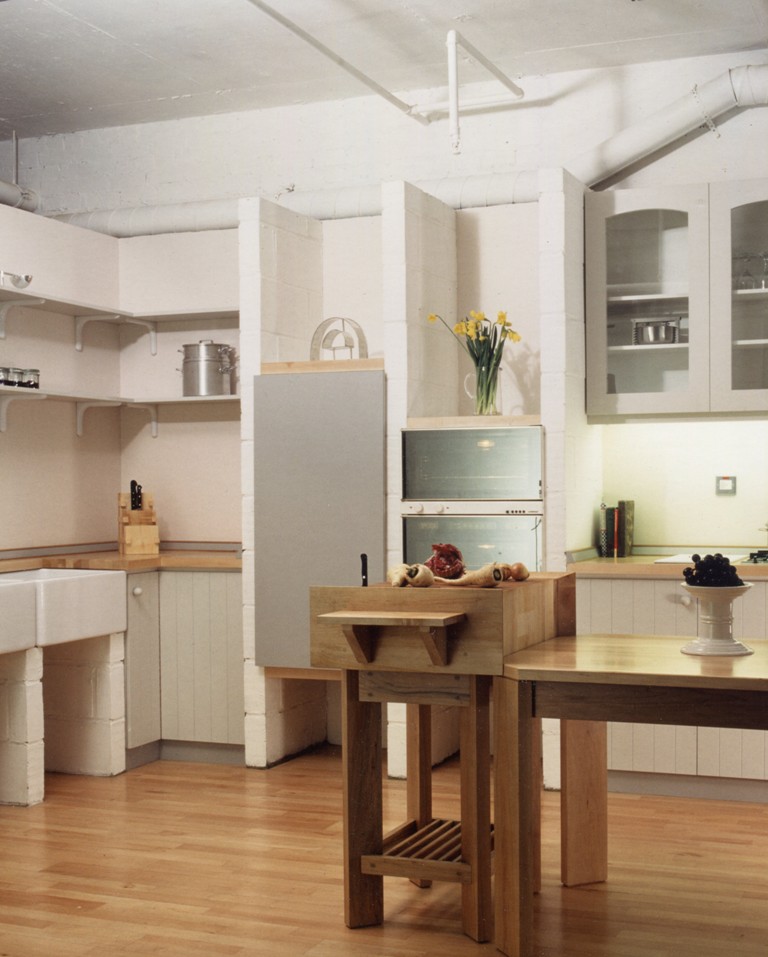 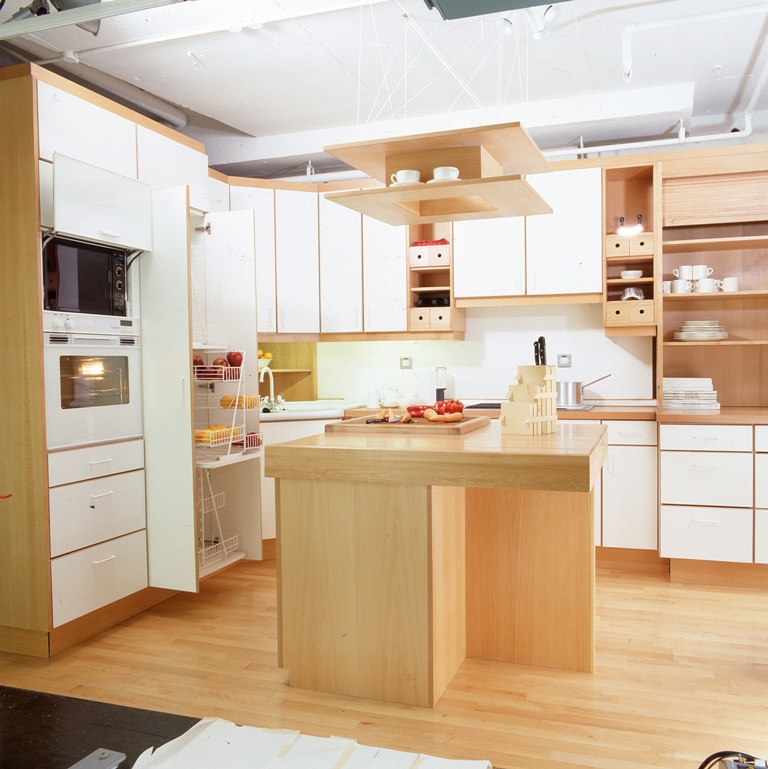 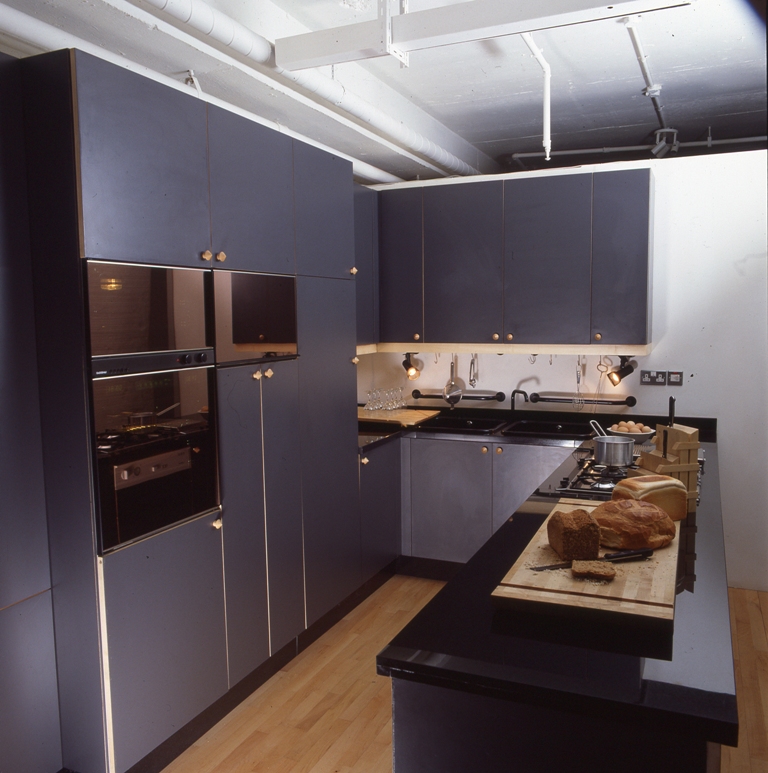 Mark  Lewis was approached by a young enthusiastic marketing consultant ,Nick Barnard, who at the time had been engaged by a building company. It happened to have a lease on a showroom, offices and lower ground floor storage and office area within the post war building complex comprising underground car park and the New London Theatre Drury Lane.

At that time, the showroom accommodated a rather tardy display of 70’s kitchens and equally mediocre tile displays facilitating discounts for the building company on product by virtue of providing a retail display for their suppliers in Central London.

Having moved most of the management staff to an office in nearby Great Queen St due to the company expanding, the showroom’s viability was now in question.

However, a plan was conceived to re-establish the showroom as an upmarket design led contemporary kitchen and tile emporium. The original concept was to have a Balthamp Kitchen franchise, offering their range together with a bespoke kitchen design service under the title “The Master Kitchen”.

Mark had been engaged to be the in-house bespoke kitchen designer and showroom manager, together with a post graduate ceramicist from the RCA to develop the contemporary tile collection and some original tiles of his own to be manufactured in the UK.

His name was Jonathan Horning.

Mark determined the general layout for the intended displays for the Balthamp Kitchens, and David Chaloner another designer (now deceased)had already been engaged to design the example of a bespoke  kitchen to be featured in the front of the showroom and the overall nature of the showrooms interior and frontage.

Nick was in the process of negotiating a franchise option with the Balthamp UK retail partner, who unbeknown to him was also considering a showroom option in larger premises in Kensington High St.

The project was underway, with the expectation of Balthamp awarding the franchise, and following through with the delivery of the kitchen displays, together with the bespoke kitchen which was being fabricated by the shop fitters David had commissioned to implement the showroom’s refurbishment.

Needless to say, the Kensington High Street option won the day, leaving Nick’s plan high and dry, with no kitchens to sell and an empty showroom other than the one ‘Master Kitchen’ to offer.

Not wanting to see the project collapse Nick was desperate for a solution. Given Mark’s contacts within the industry, having worked as a high end bespoke kitchen and furniture designer for Jonny Grey ,and that he had spent the previous year managing the production of the Body Shop retail displays for Beecher Joinery, he was confident that he could produce a furniture range as good as Balthamp, unique in detail and overall design all to be manufactured in the UK.

In anticipation of a looming board meeting with the directors of the building company, Mark spent four days and nights drawing his designs and detailing each of the kitchen range options These would comprise a comprehensive kitchen furniture range, and the specifics of each of the displays to be made and installed in the showroom.

The board meeting was convened with only one item on the agenda. Nick began by explaining the failure to secure the Balthamp franchise. The solution was introduced, and Mark presented his designs for the kitchen range and the showroom displays.

He had already secured the commitment from a workshop that he had a good working relationship with, based in the Midlands. They could easily manufacture the door samples of each furniture range and each of the kitchen displays for the showroom. They also had the capability – and capacity – to service the predicted production requirements, expanding their operation as a consequence of the business’ development over the next few years.

Other workshops had been enrolled to make elements such as solid hardwood tables, chopping blocks and the various accessories, each acting as an ‘add on’ to the main workshop’s production. Not having any kitchens made or installed into the showroom until a few days before the opening date, the brochure for the launch was devised with graphics and illustrations depicting each kitchen range in a typical interior format, complimented with photos of each of the door designs.

In the spring of 1983, Mark had returned from a short break in Paris to find a letter from Nick inviting him to head up the project ‘The Master Kitchen’, Drury Lane.

In December of the same year, the showroom opened with a massive party over spilling into the street bustling with every design journalist London could muster.

Lewis & Horning (as it was now named) became the first and only British made, British designed contemporary kitchen Furniture Company.

World of Interiors magazine featured Lewis & Horning in the spring of the subsequent year giving over nine pages,  along with numerous other features in the various design journals, newspapers and colour supplements that same year. This was followed by a consistent representation in the design and home media during the rest of the eighties.