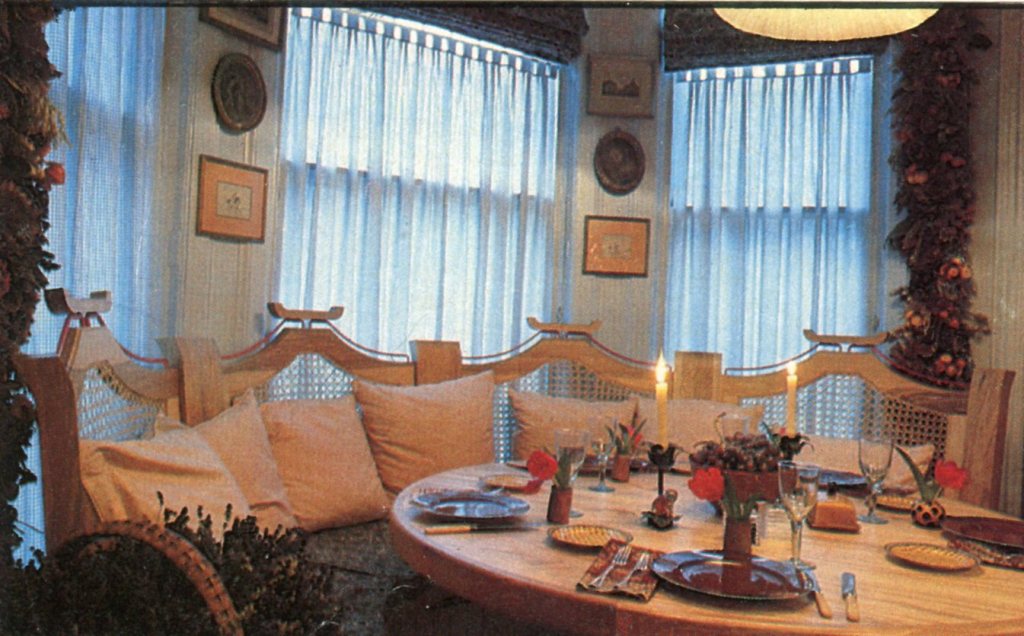 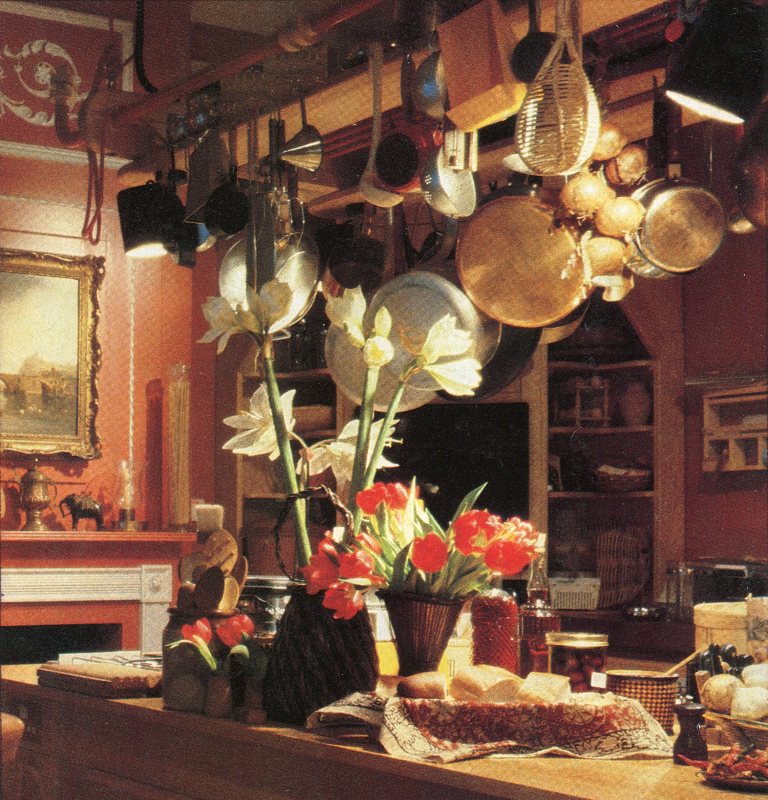 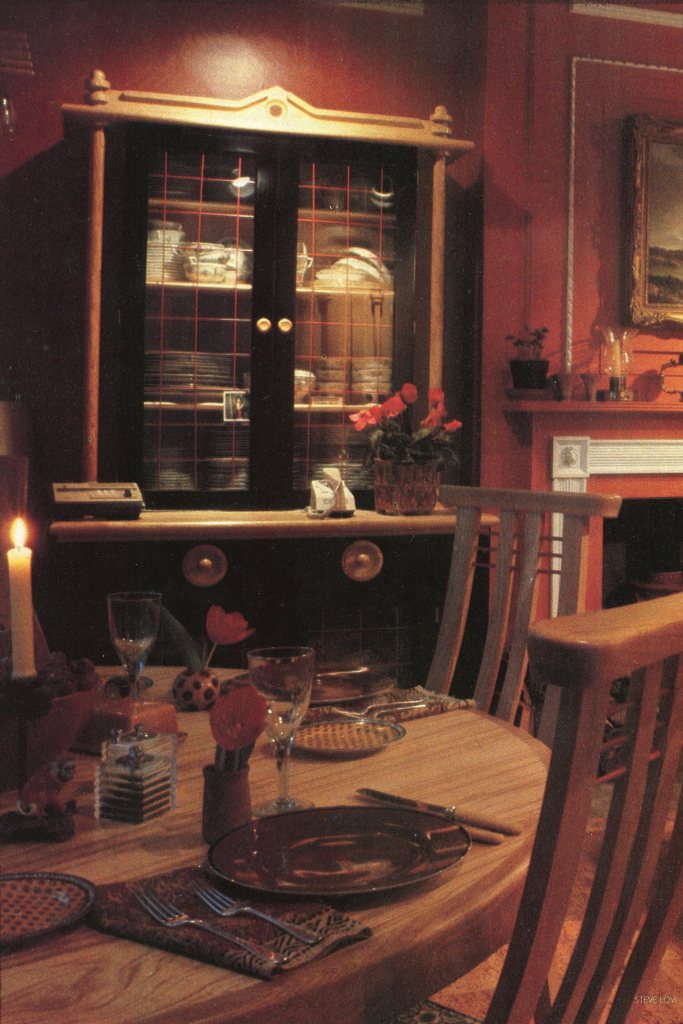 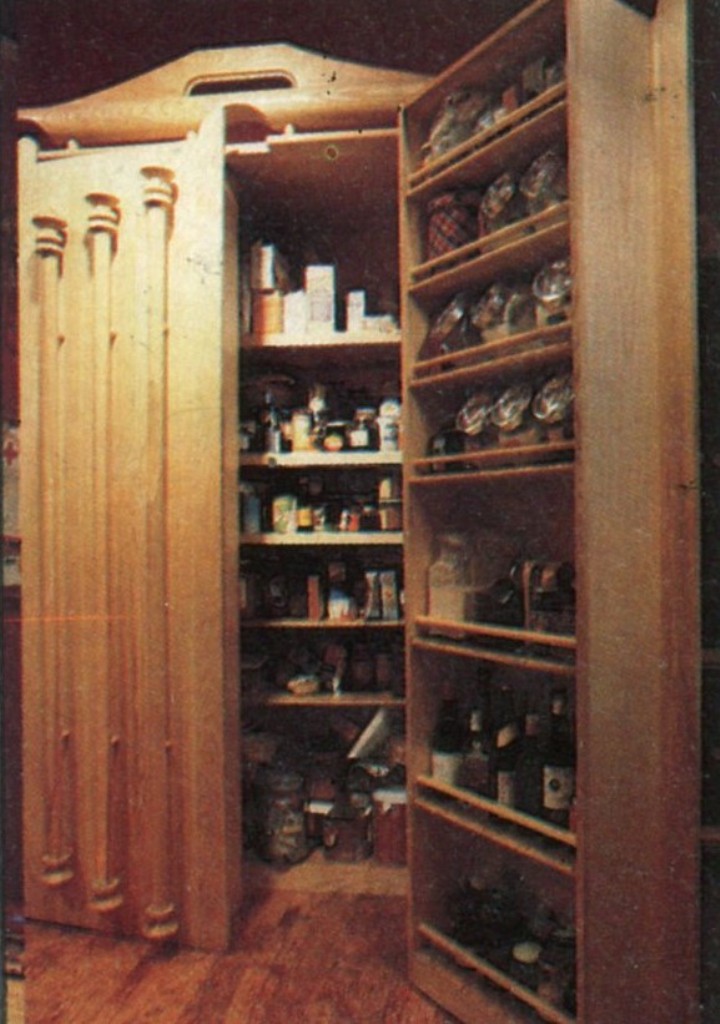 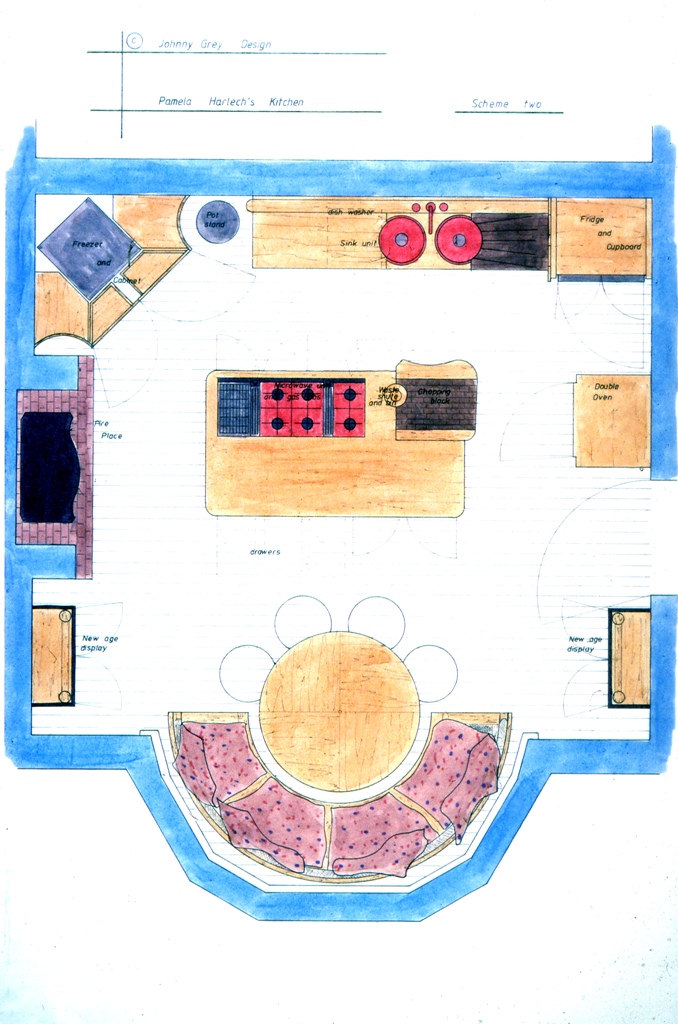 One of their more significant clients, Lady Pamela Harlech, engaged Jonny and Mark to design and install a kitchen and dining room into her Notting Hill home. A rather large Victorian town house the front room of which, one of the larger rooms in the house, had a high ceiling and a large bay window. This was to become her new room to cook and entertain in.

At this time she was the Food editor of British Vogue, previously London Editor of American Vogue and had published a range of books on cooking and domestic topics including ‘Feast without fuss’, 1976; ‘Pamela Harlech’s complete guide to cooking, entertainment and household management’, 1981 and ‘Vogue book of menus’, 1985. In addition, she was the chairman of various Arts trusts and one of the most stylish of London’s society hostesses, frequently entertaining the likes of Princes Margret, Lord Snowden and other British aristocrats, along with Elizabeth Taylor, Richard Burton and by then Jackie Onassis.

The much photographed daughter of a top Manhattan corporate lawyer and editor of Vogue, Pamela Colin became the wife of Lord Harlech. He was once Sir David Ormsby Gore, the British ambassador to the United States in Washington during the 60’s. He became a personal friend of the Kennedy’s and later a frequent escort to Jacky Kennedy after the Precedent’s assassination. It was these associations of both in American and British high society that led to her relationship with Lord Harlech after his first wife died in a car crash in 1967. At that time Pamela was living in London.

As it happened Jonny Grey was also well connected with the ilk of such personages. He was frequently called upon to smuggle Elizabeth Tailor form the Heathrow VIP terminal, driving her to the private London address of his friend in a grubby red Citroen estate. As with most successful and exclusive design practises, connections with the client were afforded via social association and well placed editorial, Jonny featuring regularly in House and Garden and Vogue Magazines. No surprise then that its food editor became our client and patron.

During this period Jonny was debilitated with long lasting and reoccurring bouts of glandular fever leaving Mark in the driving seat for much of his time with Jonny. Having determined the general layout for the kitchen and the furniture elements, technology, coking and storage facilities to be incorporated in the scheme, brief meetings with Pamela would have her approve them. This left Mark to then also detail the designs, draft the production drawings for the furniture and organise the production and to supervise their installation.

The engineering of the large crescent bucket dining seat crafted from solid and laminated Olive ash with enamelled support brackets is ingenious. The structure is formed by bolting the seat segments together laterally and to the rear vertical supports. It leans in on itself forming a rigid structure.  This leaves the space under the seat completely clear allowing good access for cleaning and more importantly unencumbered with legs to crash into when sliding in and out of the seat.

A massive vault like pantry cupboard had doors that trundled open on wheals affording as much storage in each as was in the cupboard. The centre counter another huge piece of furniture accommodated large tank like drawers, a waste compactor, single bowel sink and tap, end grain chopping block and waste trap through which the veg cuttings would drop directly into a recycle bin. Above the centre counter a massive pan rack the size of a sailing raft was suspended with rope woven in a configuration between the hang rings on the ceiling and the ash beams that formed its structure. This configuration, cat’s cradle like, left the rack to sit solid in position with no inkling of flexion or swing. It was hoisted into position by drawing the rope through the mounting rings, easing it up to the ceiling bit by bit. Pamela, her arms stretching up, as it reached the optimum height for her to grasp a pan hanging on enamel rails via a butchers hook above her head. Adjacent stands the large corner cupboard and oven housing and parallel to, a long teak top with integral draining gullies drawing water to the double ceramic sinks set under  together with more cupboards, drawers and two dishwashers.  As if on guard standing like a centaury box the black lacquered glazed fronted crockery dresser examples the first piece designed by Jonny to become the precursor for the Home Office Collection Mark developed later that year.