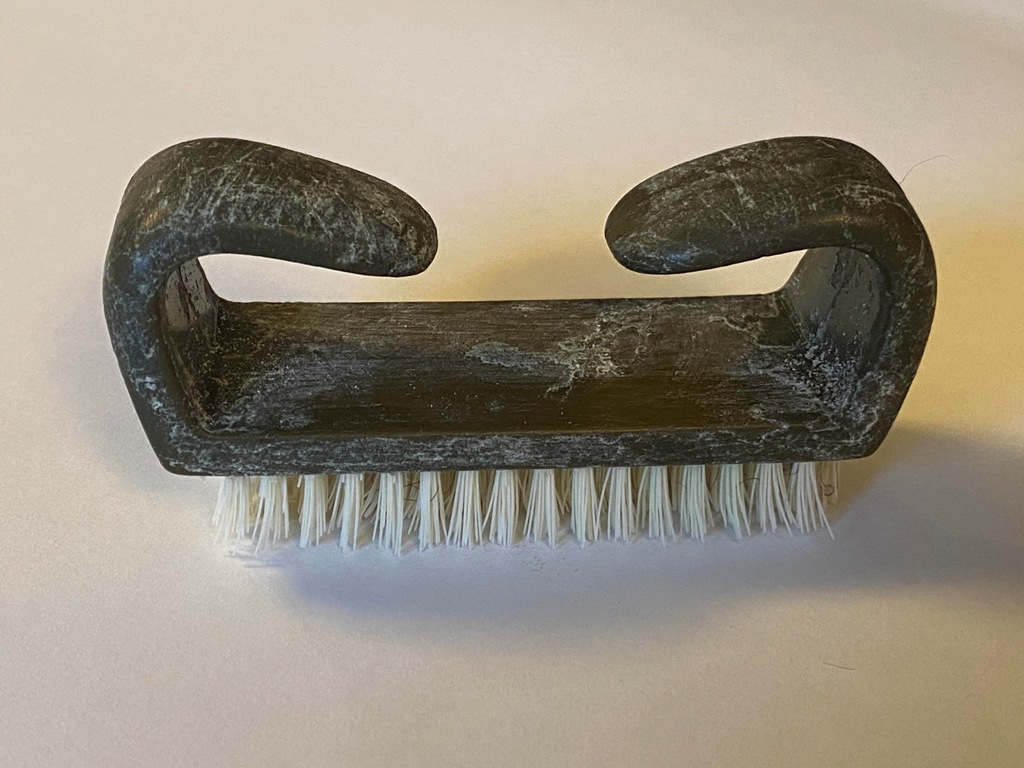 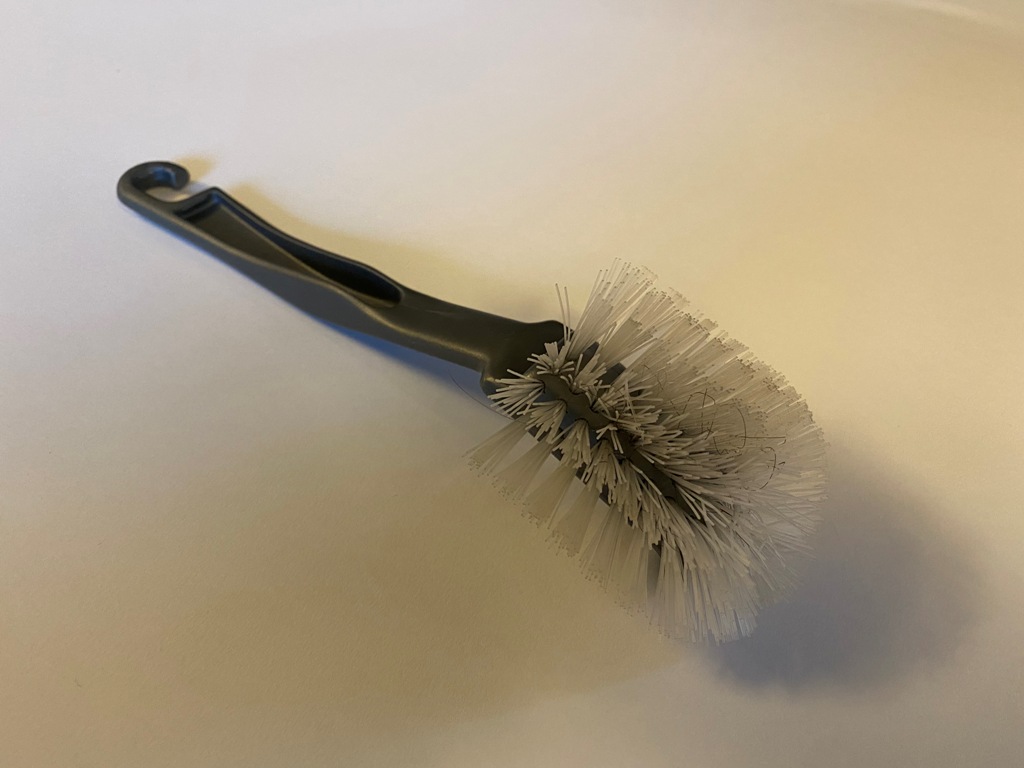 In the mid seventies, Mark’s mum bought a nail brush from the local Boots (pharmacists).

It has remained in the family and used consistently, still being in service today. It is perched adjacent to Mark’s own kitchen sink. It has been in use for nearly fifty years having sat in the bathrooms and cloakrooms and kitchens throughout the decades in various households Mrs Lewis lived in (as the wife of a serving Guards officer), and subsequently those of Mark and his family.

How is it that a humble plastic nail brush could last so long without its brushes mangling into an unusable mesh or breaking off and falling out of the handle?

The answer? The plastic type used to make this particular nail brush is Polypropylene.

Polypropylene is a particularly durable type of plastic used for numerous applications. One such, a good example of its durability, is when it is formed into living hinges such as those on flip top bottles or container lids.

The washing up brush illustrated was purchased a few weeks before this entry was published and shows the brush already bent and deteriorating into a mangle of plastic fibers.

Rather like the myth of the everlasting light bulb that was never introduced to the marketplace as it would inhibit the sales of light bulbs, the plastic nail brushes made from Polypropylene may have met the same fate. It is clear now that the LED light bulbs now readily available do indeed last for years and are in common use, all be them being more expensive than the original type made in their billions.

There is a good case for more products if required in a plastic, to be made from Polypropylene that will last forever and be easily recycled.