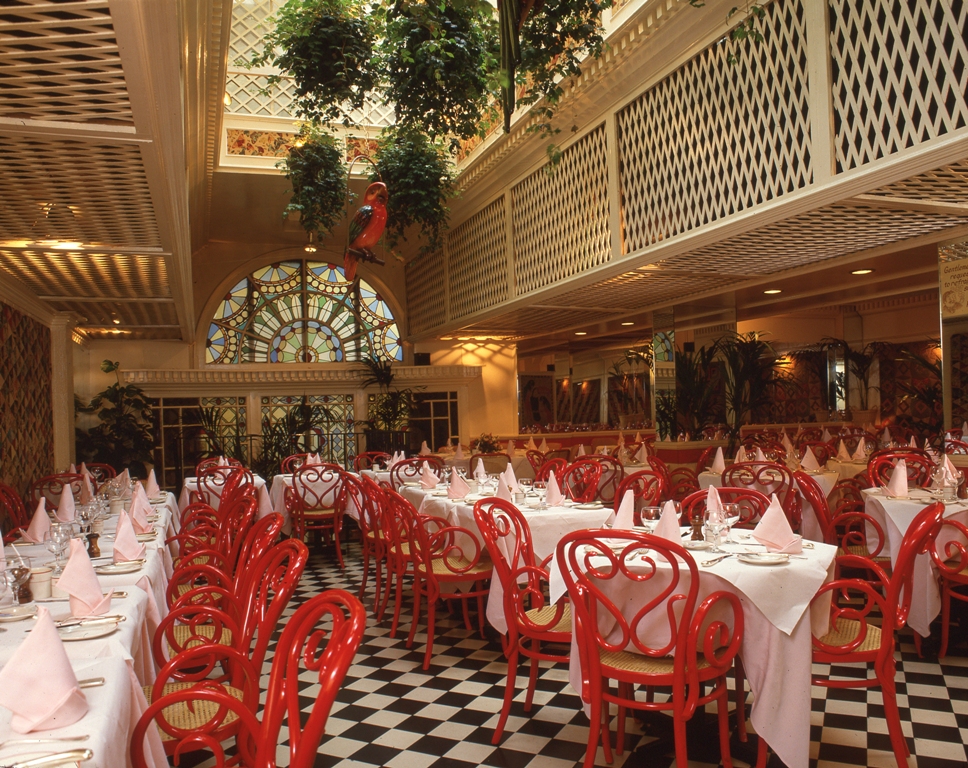 Marco Pierre White, one of the world’s most accomplished chefs and restaurateurs, believes that the environment – and all that that entails – is the most fundamental principle of a good dining experience.

In a television interview recently he explained that too many restaurants simply miss the point of what customers want when they go for a meal.

Even a comfortable chair to sit on – a basic requirement – is frequently ignored. Three courses and a good wine, said M. White, are enough, with minimum visits to table. His customers don’t come here to have dinner with the waiter.

I have often emphasised the importance of good seating, and expressed my frustration at the abundance of old church chairs and pews, or those hideous bench seats we have to sit on if we want to eat and drink in a ‘gastro-pub’ or its garden.

So I was thrilled that such an eminent host as Marco Pierre White should feel as strongly as I do about having the right space to sit down in, the right place to enjoy one’s life in, and the right chair to sit on.

The chair has always been the most challenging item to design, as even accomplished designers, architects and craftspeople will tell you. Each eminent designer or craftsperson makes an offering characteristic of each period, like little beacons marking our design history down through time. Apart, perhaps, from the car, the chair has become the most designed, studied, written about and celebrated artefact of modern times. Perversely, it is often woefully inadequate in form and fabrication, yet still used by billions around the world.

The would-be chair designer will be taxed by value criteria such as optimum seat height and a good few other dimensions; the engineering required to form a structure that will support humans in a range of sizes; and of course the aspiration to create something of beauty.

There are many more, but rake is the crucial aspect of a chair’s design; the necessary incline of seat and back from the horizontal and vertical to accommodate the sitter with comfort and support. The absence of rake and a generous depth of seat in a chair will only ever provide a basic facility to perch on.

Sitting on a bad chair forces the sitter into a constant adjustment of position to sustain its use – for the least possible time.

Similarly, upholstered sofas, settees or armchairs that lack adequate dynamics other than the illusion of comfort also commit the ergonomic crime of denying the user actual comfort. I’m fascinated by the sofas ads that model someone cocooned in what appears to be an abundant, comfy settee. Only when you sit in these objects of desire and find them inadequate in every way do you conclude that the models in the ads must be tiny – but of convincing proportions.

Why is the chair or sofa we sit on often inadequate? It’s a question of money, as we are so often reminded – it’s always about money.

Taking a few millimetres off the length of chocolate bars saves thousands in production costs over the millions of units made, but there is barely perceptible impact on it’s perceived value to the person eating it. Such economics also prevail in chair production. Similarly, a host managing a space into which the chairs go, a restaurant proprietor or even a home maker choosing furniture for that matter, has to face the compromise of balancing space it occupies against the need to maximise the number of guests in that space. Not to mention the cost of the space in the first place – it’s all a juggling game.

There is a famous chair that combines the required ergonomics for comfort with production economies of scale, and takes up very little space. For me, it’s the only chair that should ever be found in a bar or cafe. The Vienna Coffee House Chair, otherwise known as Chair No. 14, was designer by Michael Thornet in 1859. Chair manufacturer Thornet is still thriving today, having sold some 60 million No.14’s, not to mention the innumerable ‘knock-offs’. It’s a testimony to the excellence of the chair’s design, fit for purpose both then and now – and beautiful too. Peter Thornet, Michael’s direct descendant, today maintains the family dynasty of chair makers’ form their corporate headquarters and production facilities in Frankenburg, Germany. Here they produce the famous bentwood furniture and tubular steel classics from the Bauhaus era, and continue to develop modern designs from internationally renowned architects and designers, making what will inevitably become antiques of our time.

Michael first began designing chairs in 1819, establishing the name Thornet as synonymous with high quality, innovation and elegance in domestic and commercial furniture. He made the transition from craftsman’s workshop to industrial production that was unique in the industry at that time, and contributed profoundly to the development of contemporary manufacturing techniques.

Thornet’s breakthrough came when he realised that the traditional method of bending solid strips of wood by soaking them with hot steam in a long box – a process used by boat builders, wheelwrights and Windsor chair makers – could be exaggerated and applied to certain woods. Straight lengths could first be machined with a variation of diameter along the length to suit the required section specific to the finished item after bending. Thus a component could be made with the finesse and elegance only previously attainable by spokeshaving curves in solid pieces of timber then joining them with a glued mortise and tenon. Once steamed, the length of beech would become nearly as flexible as a piece of rope that could easily be placed in a mould or former to set. It would then retain its new shape after drying and being removed from the former.

This technique was progressed by placing multiple lengths of steamed beech on one former, resulting in a quick and simultaneous multi-production process for the components of each chair. It was developed in 1859 – some years after Michael Thornet’s other significant wood bending innovations, in which thin strips of veneer were laid and glued into a former, forced tight together into the bentwood shape by the other half of the mould, and left to curve. Bentwood furniture made with this process first appeared in and about the luxurious Palaces and Cafes of Vienna in 1842.

If you have ever watched a plumber bending copper pipe you will be familiar with the next process in this evolution of furniture making, the bent steel tube. And so it was that work stages were standardised for mass production, and the concept of the division of labour was applied to furniture production for the first time. Another major element of Thornet’s genius was that chair was easily disassembled and flat packed in boxes. This made it much easier for the chair to be shipped be the thousands all over the world – an attractive, well made and durable chair for all.

In the 19th century chair No. 14 paved the way for Thornet to become a global enterprise. Numerous bentwood designs followed; rocking chair No. 1 and Chair No. 209, with its curved armrests, are well known examples. These chairs were precursors of the bent tubular steel chairs that became another mainstay of the Thornet collection. It was during the 1930s that the company became the world’s second largest producer of innovation furniture, designed be the then famous architects such as Mies ver der Rohe, Marcel Breuer and Le Corbusier. These early tubular steel furniture came to be considered milestones in the history of design. Their clear, open forms were an extension of a new attitude in everyday culture. For instance, the most important innovation of the time was cantilever chair – the one with the flexing frame and leather stitched slip that straddled the frame to form the seat and back.

Today Thornet produces all its famous bentwood and tubular steel classics as well as the current designer collections, maintaining its place at the cutting edge of production technologies and always keeping an eye on its third century of corporate history.

The company continues to develop its ranges and now involves designers and architects of our generation such as Brit James Irvine (who happens to be a mate of mine from design college) I  will be talking about him and his designs for Thornet, together with other mates of mine from college who have become household names in furniture design in my next article.

I only achieved a few moments of notoriety during the 80s, but at least I can proudly boast of having filled both floors of the then famous restaurant, Drones of Pont St, with Thornet chairs. Bright red once – to make sure they were noticed.