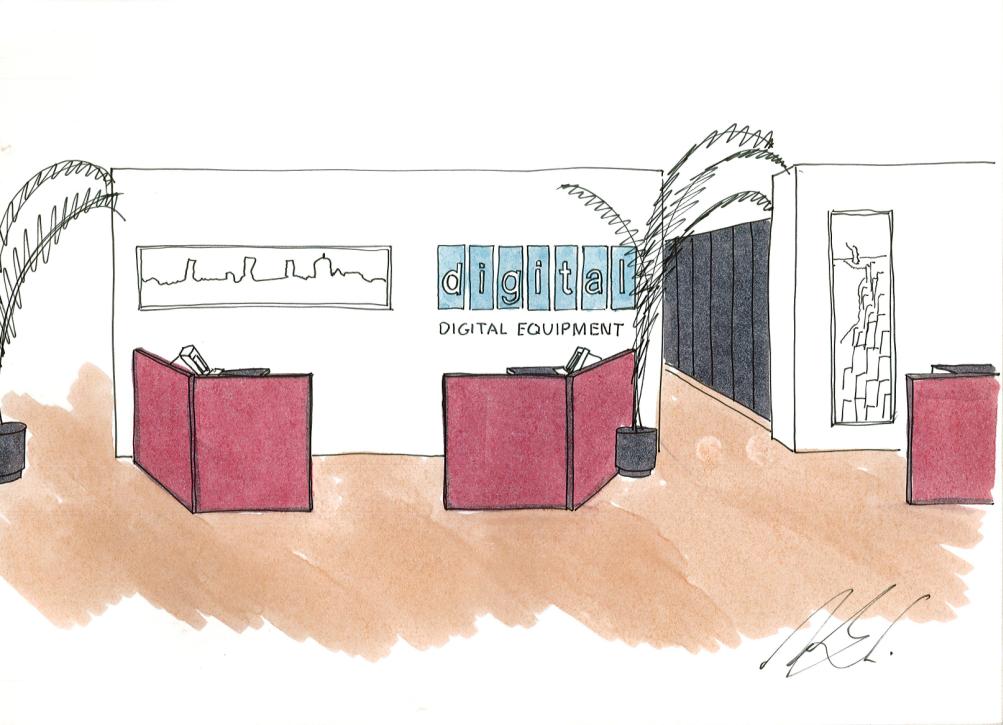 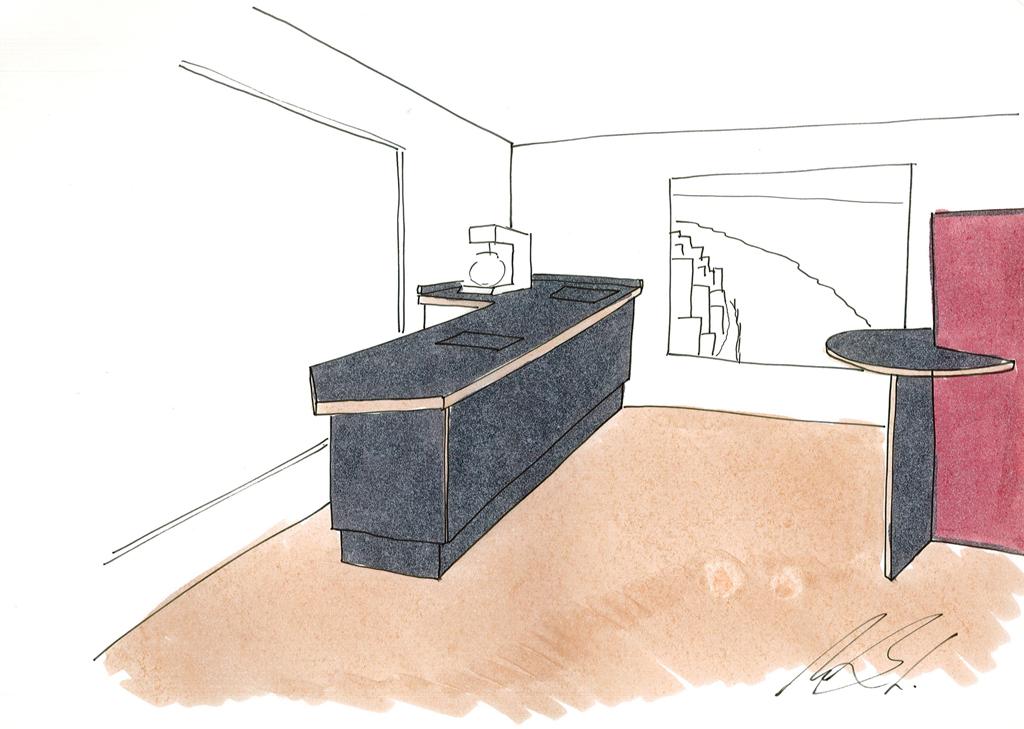 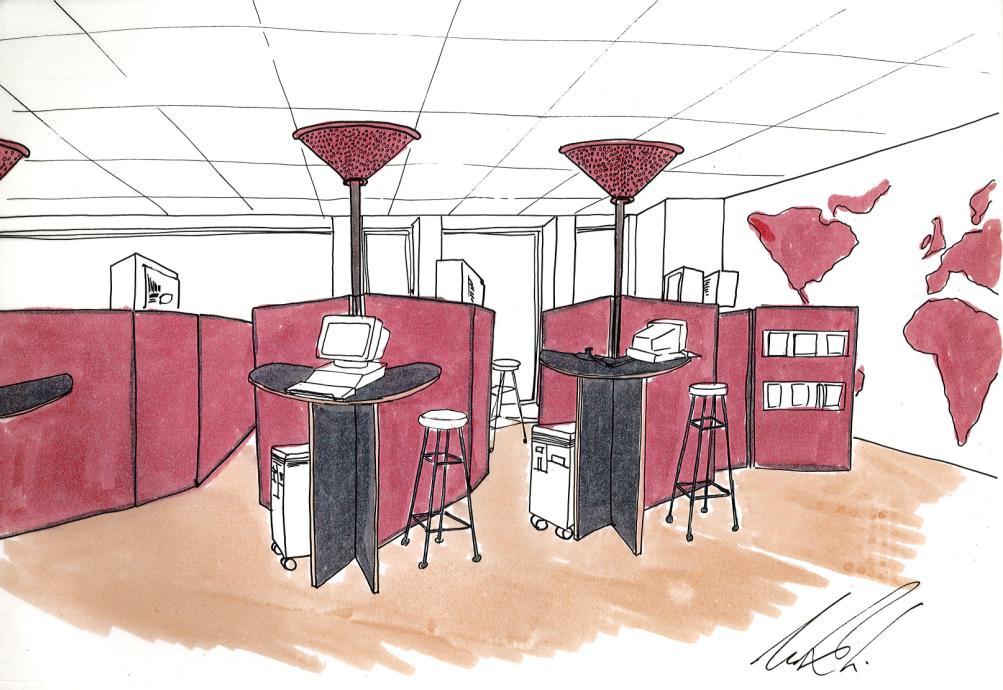 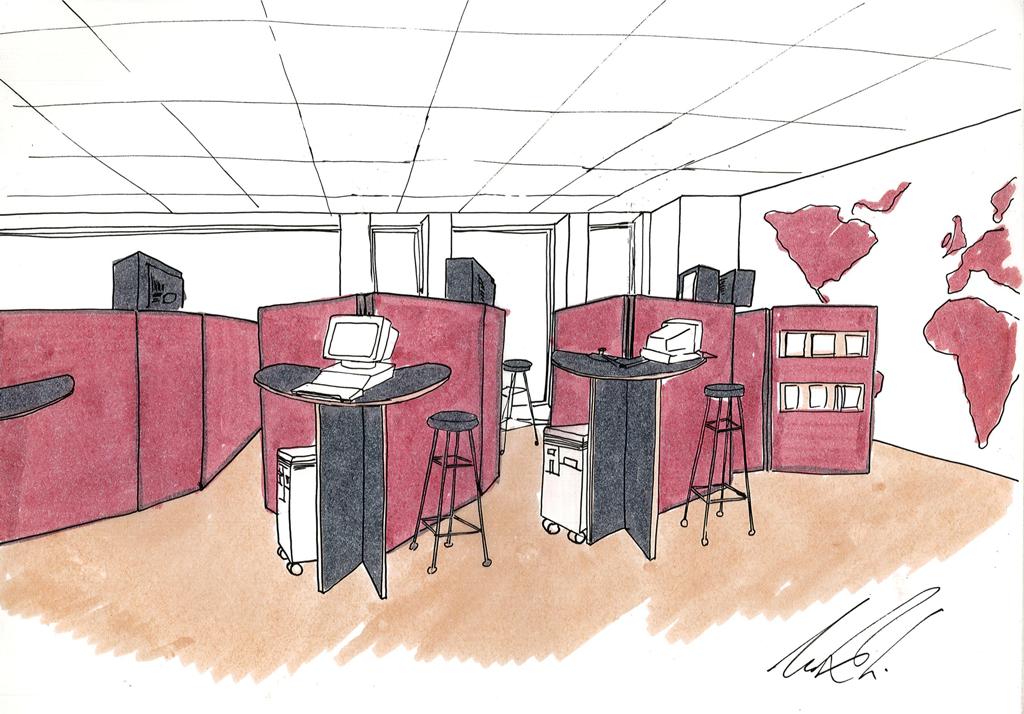 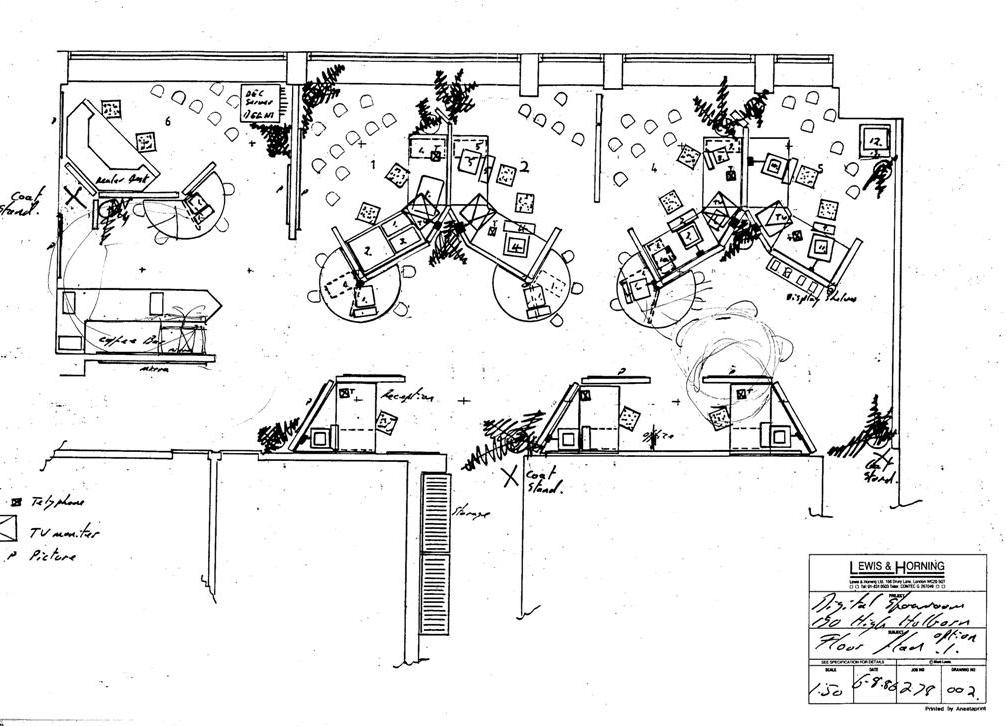 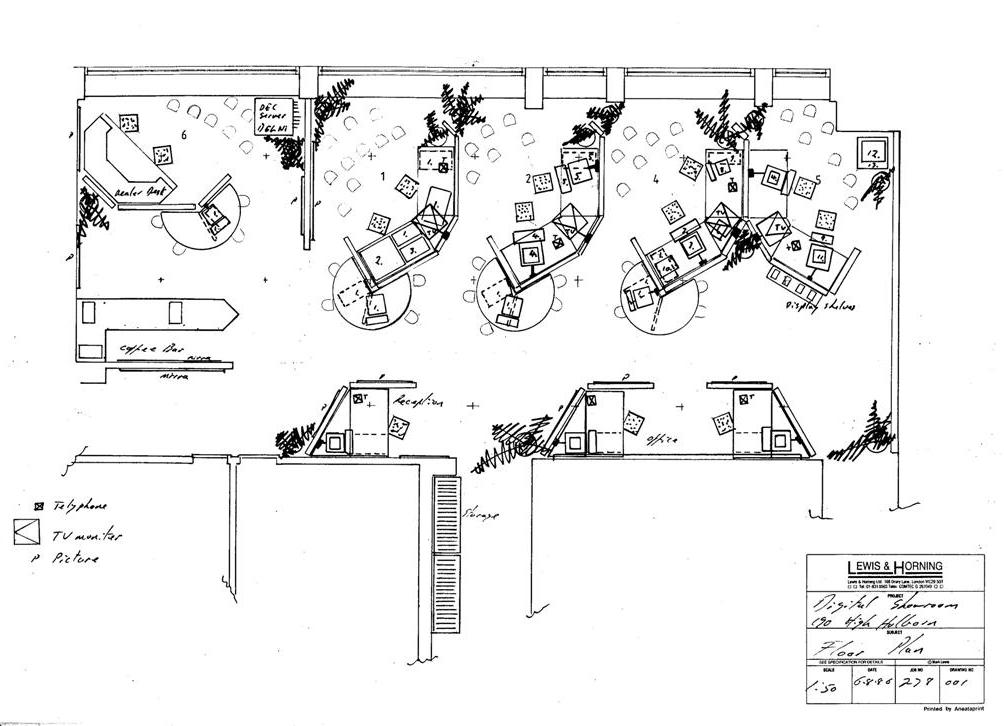 DEC, using the trademark Digital, was a leading American company in the computer industry from the 50’s to the 90’s. It was one of the world’s largest market leading computer systems vendors, including software, peripherals and computer hardware of that era.

It was acquired in 1998 by Compaq, in what was, at that time, the largest merger in the history of computing industry. (As it turned out Compaq then merged with Hewlett-Packard in 2002.)

During this period Mark was engaged as a consultant by other corporations such as DeBeers, Project Office Furniture, CBS and CIL, working for each on similar projects for them including exhibitions, showrooms, furniture and product development which incorporated the ever evolving technical demands of the office environment and the people working in them.

With Mark having his own showroom around the corner (in Drury Lane), it seemed that coming across Digital’s UK chief executive and having him invite Mark to design his new showroom in Holborn was inevitable.

It was this encounter that led Mark into the commercial aspect of design rather than the domestic world of kitchens he had previously been immersed in. They developed the brief together.

The showroom was to have a hands-on facility for visitors to review the product easily, standing at tall counters where the sales executives could interact with the client ,demonstrating the benefits of the product and services Digital had to offer.

“Sitting about takes time” is one of those American edicts.

So, it was determined that this approach, whilst unconventional, would be developed.

The sales stations were elevated and the acoustic panels, a feature of the office interiors of that era, were formed to afford privacy for the dialogue occurring throughout the showroom.

In addition, small presentation areas were devised to accommodate groups, all sporting the corporate colours, burgundy and black.