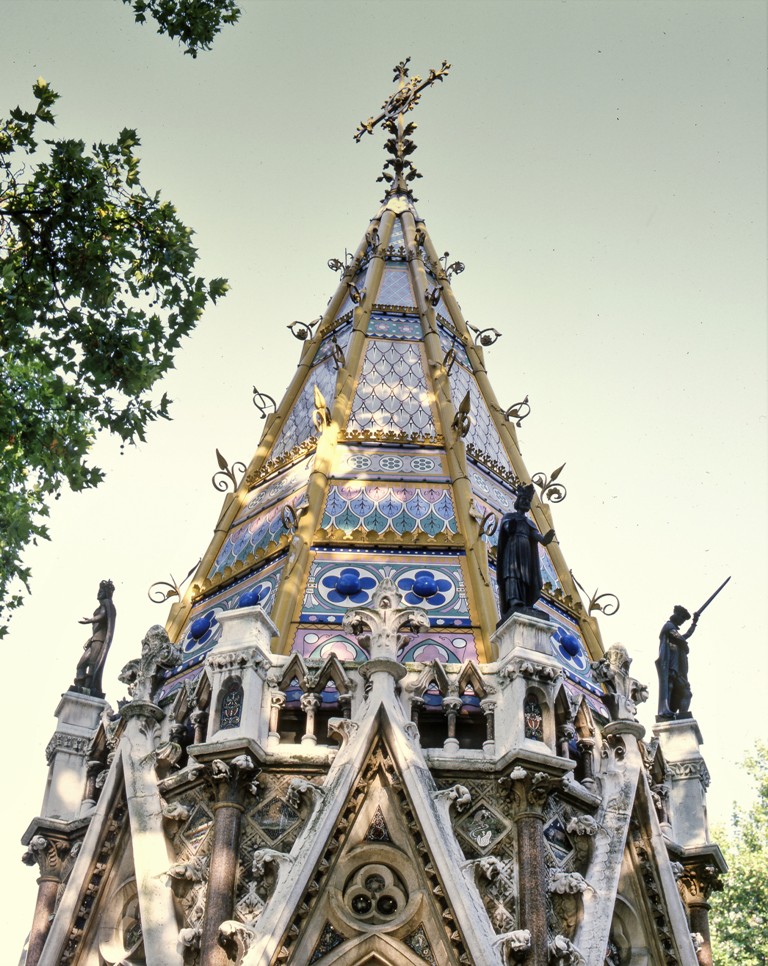 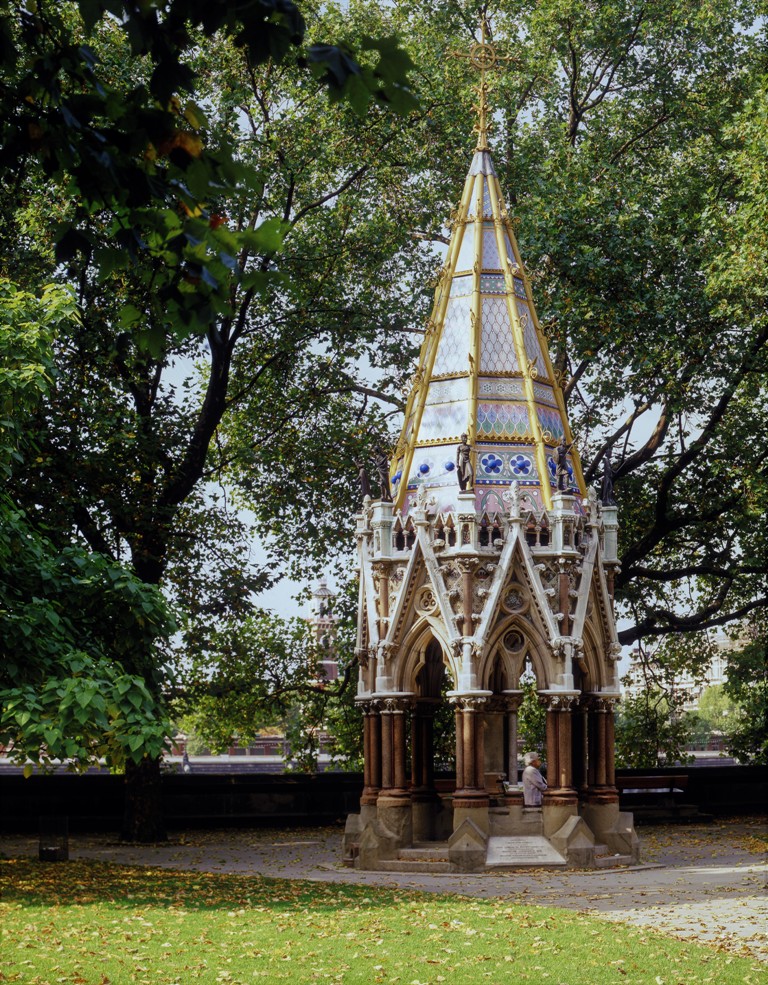 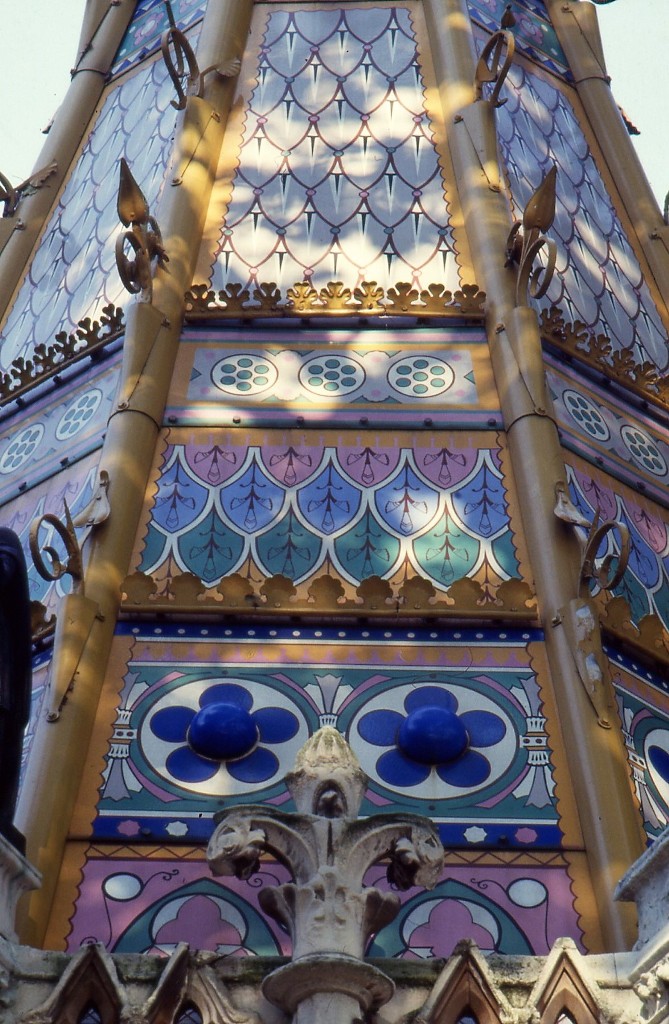 The Buxton Memorial fountain was designed by the gothic revivalist architect Samuel Sanders Teulon in 1865.

It was commissioned as a memorial to the Buxton who along with William Wilberforce abolished slavery in 1834.

Coincidently, its construction coincided with the Thirteenth Amendment to the United States Constitution ending the western slave trade.

It was originally set in Parliament Square but removed and rebuilt in Victoria Tower Gardens in 1957.

In the early eighties Edward Heath, an extraordinary artisan and expert in the art of vitreous enamel and stonework ,was commissioned to renovate the entire structure. This required the dismantling of the roof which was made of hundreds of steel components each coloured in vivid bright vitreous enamel.

In his studio, Mark commenced analysis of the pigments to replicate them.

Powdered glass was applied by way of transfer to the newly made component or to the cleaned and finished original.

(Vitreous enamel is chemically bonded to metal by fusing a specialised glass to it at temperatures as high as 850’c in a kiln. The surface has the properties of glass, making it easy to keep clean and pleasing to the eye, combined with long-term durability.)

This monument is probably the finest example of decorative architectural vitreous enamel work in existence today.