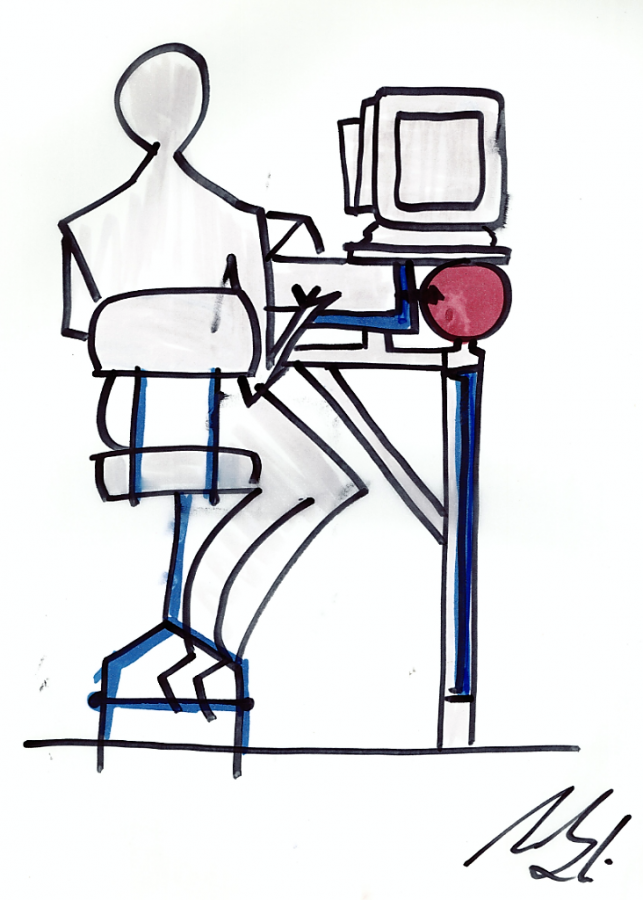 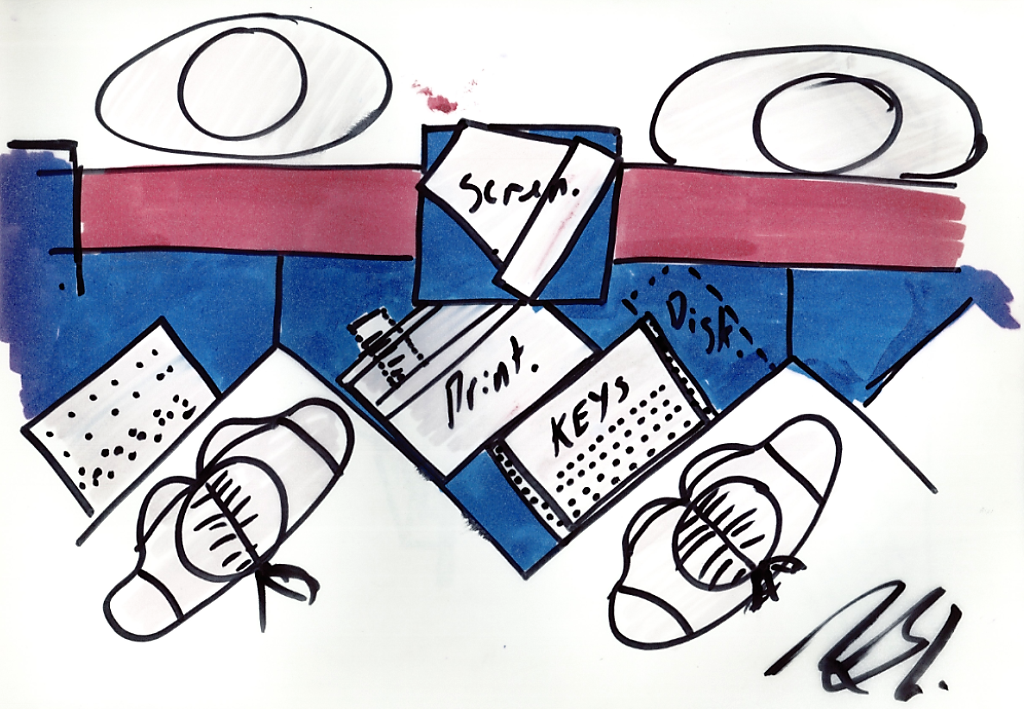 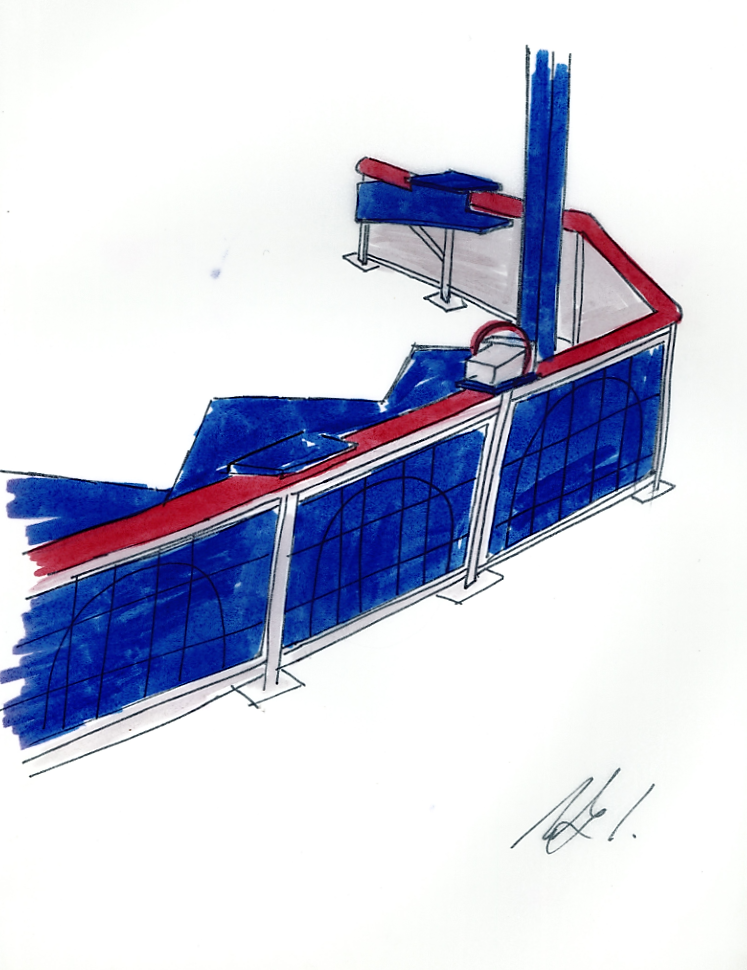 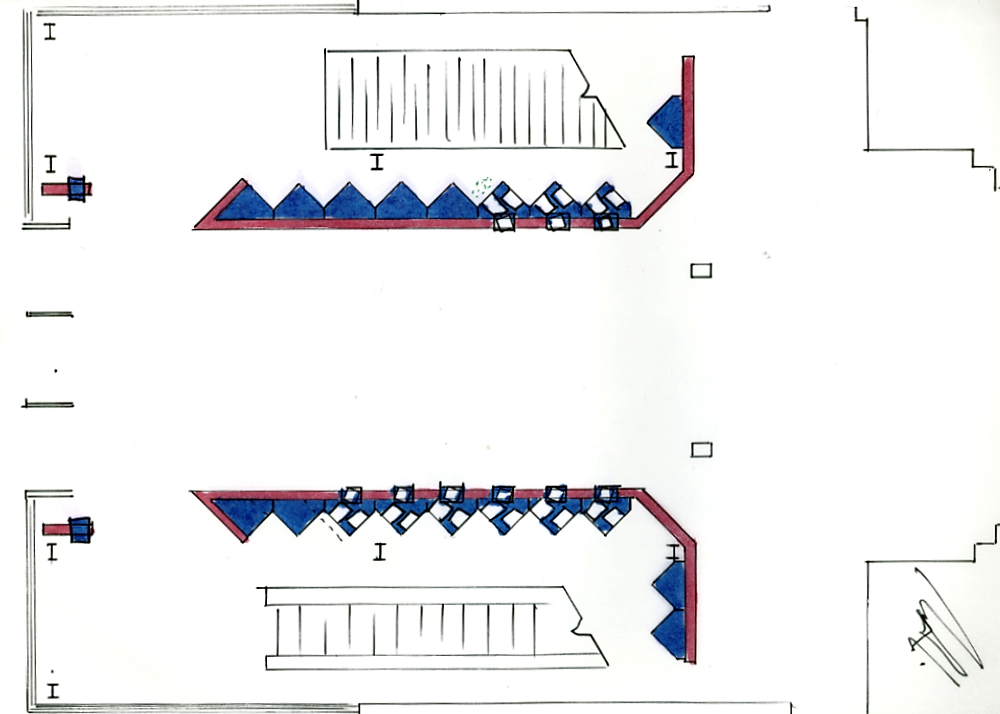 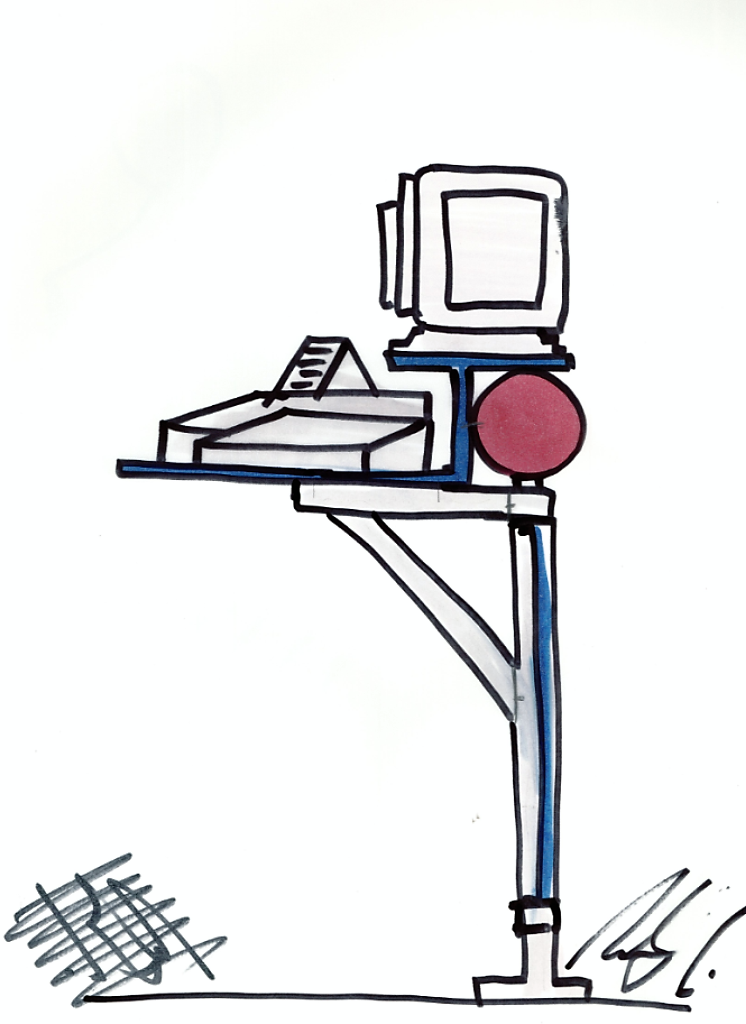 During this period Mark worked as an independent design and production consultant to various commercial concerns and cooperation’s.

One significant client, City Industrial Ltd (CIL), one of the largest retail interior fittings manufacturers and shop fitting contractors in Europe, retained Mark’s services. They had him work on a number of diverse projects reporting to the company’s Managing Director and the other company board directors.

CIL Ltd had large showrooms, works shops and studios and other property and business interests in Finsbury Park and Islington.

They became the owners of the old cattle shed used as a general market in Upper Street, developing it into The Business Design Centre, Islington; and of the adjacent area into a Hilton Hotel and a large underground car park.

Andrew Morris. the youngest of the notorious Morris family (all boys) and the prodigy of Sam Morris, took the reins of the enterprise. The centre opened in 1986 as an exhibition and event venue with permanent showrooms in the perimeter spaces and under the main hall area.

Mark opened his second Lewis & Horning showroom  featuring the “The Amazing Blue Kitchen”, and became a friend – and later, colleague – of Andrew Morris.

Andrew Morris retained Mark as his creative consultant for a number of events during the late 80’s, including Sit, The London Art Fair, Icon, New Designers, Country Living and The Surface Design Show.

In addition, Mark devised various features and facilities within the centre, namely the reception and registration area to the ground floor front entrance hall, and the restaurant and café on the top floor.

In the early 90’s Mark was engaged by CIL to develop a marketing strategy for the retail fittings company which had always only relied on a sales lead business model. He was to develop a franchise concept, a PR mechanism to promote the product and services within the relevant media, and ironically attempted to develop a new range of shelving and product display without success.

In subsequent eras Andrew (Morris) lead the management buy-in of Earls Court & Olympia, became the CEO of the National Exhibition Centre (NEC) Birmingham and founder of the Event Academy .

The sketches above show the reception area which was to be built to incorporate ergonomic considerations for the receptionist, perched on a high stool, to maintain eye contact with the visitor during registration, view the VDU screen and manipulate the key boards. The structure was to reflect the cast iron architectural features prominent in the Victorian building.

The top floor restaurant and cafe were designed to be a contemporary landscape indicative of the era. Mark engaged Danny Lane to fabricate the bar and counter tops in his inimitable way, utilising techniques Danny had pioneered in the early 80’s forming his art furniture.

Mark had met Danny Lane at Ron Arad’s workshop which was around the corner from the Lewis & Horning showroom in Covent Garden. The bar and restaurant at the Business Design Centre was one of the first larger commercial commissions for Danny.

Danny, already a well known contemporary post modern designer, moved into large scale public sculpture in the 1990’s, and was responsible for “Borealis”, believed to be the largest glass sculpture in the world.