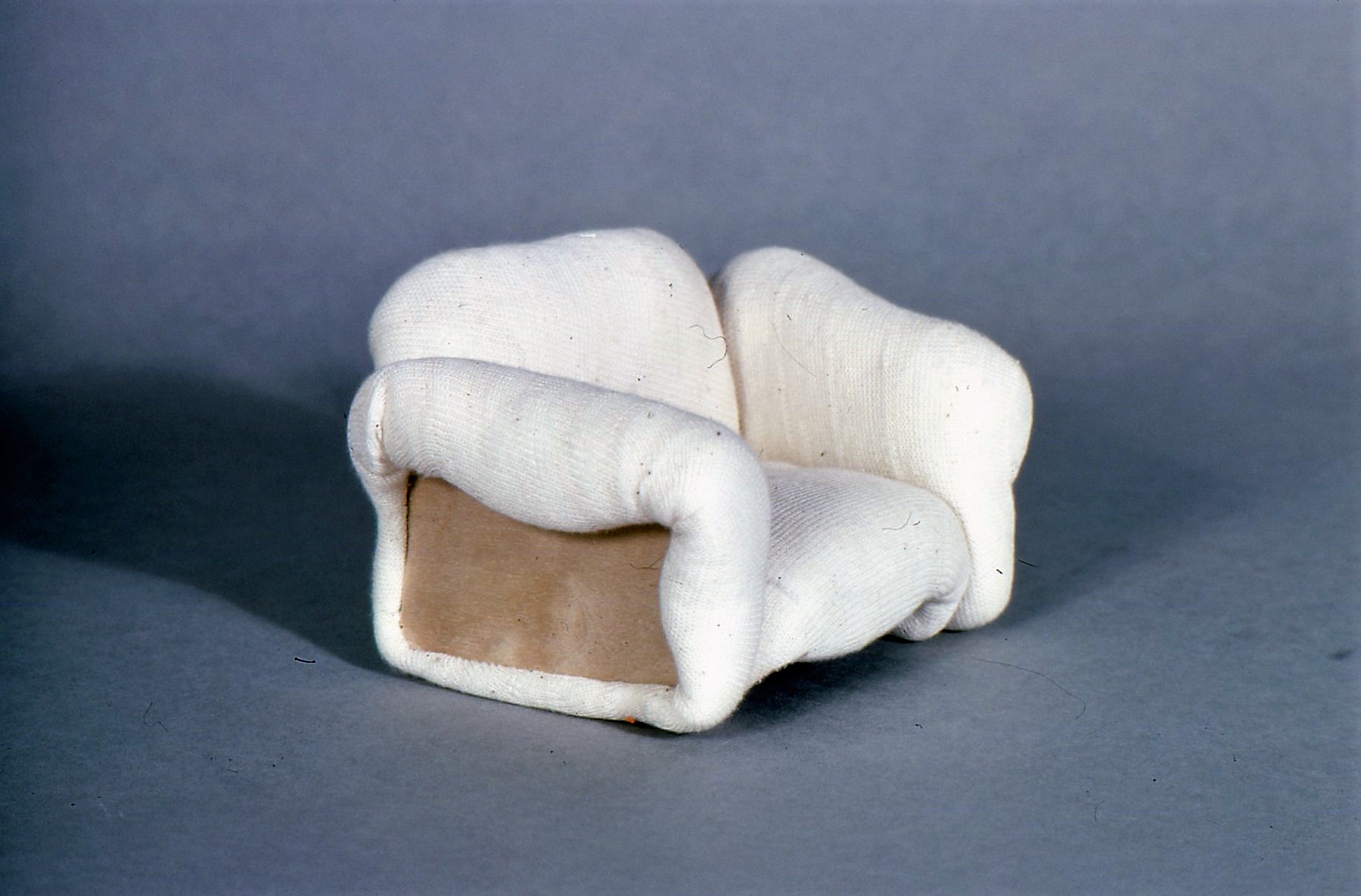 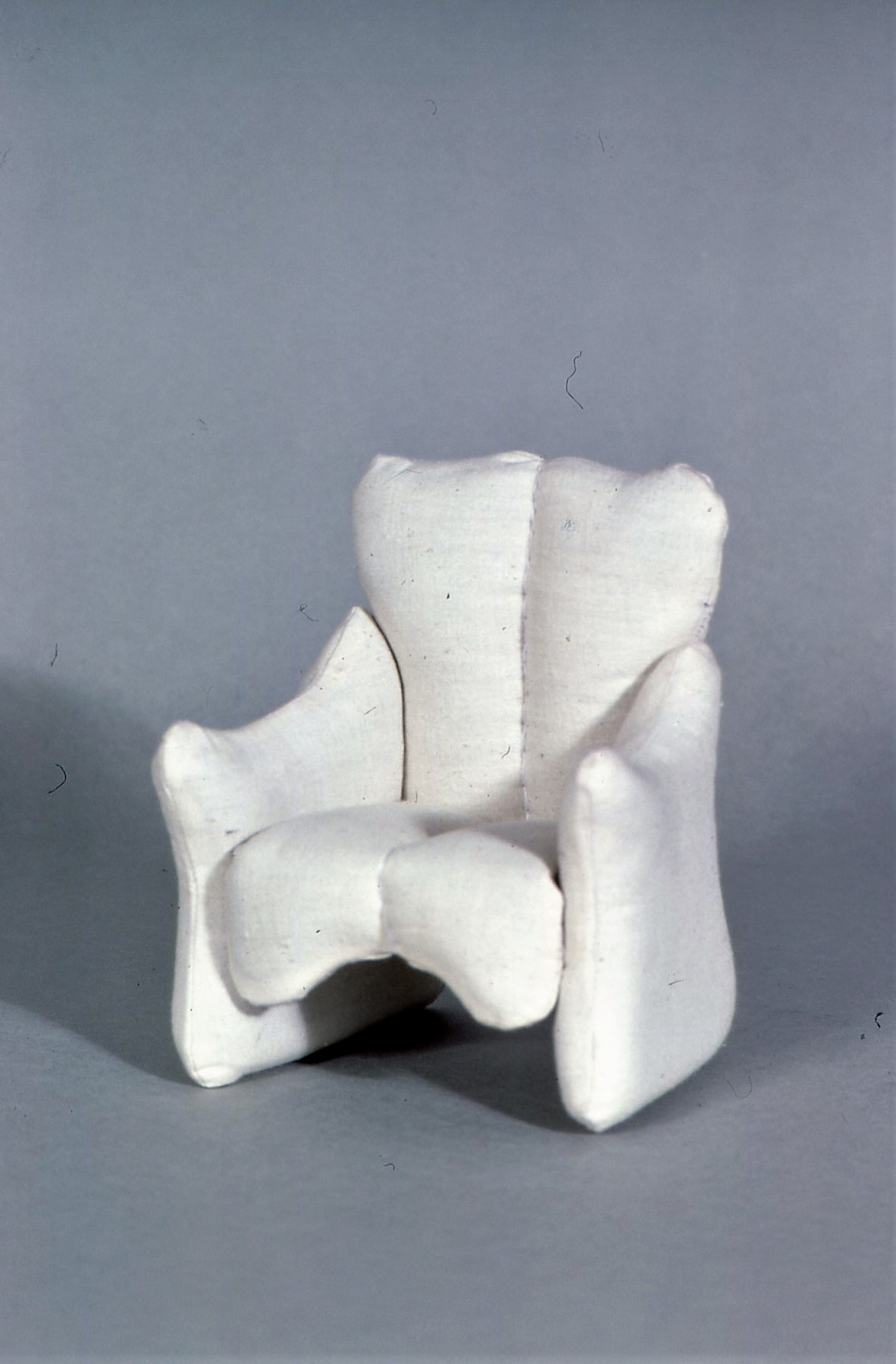 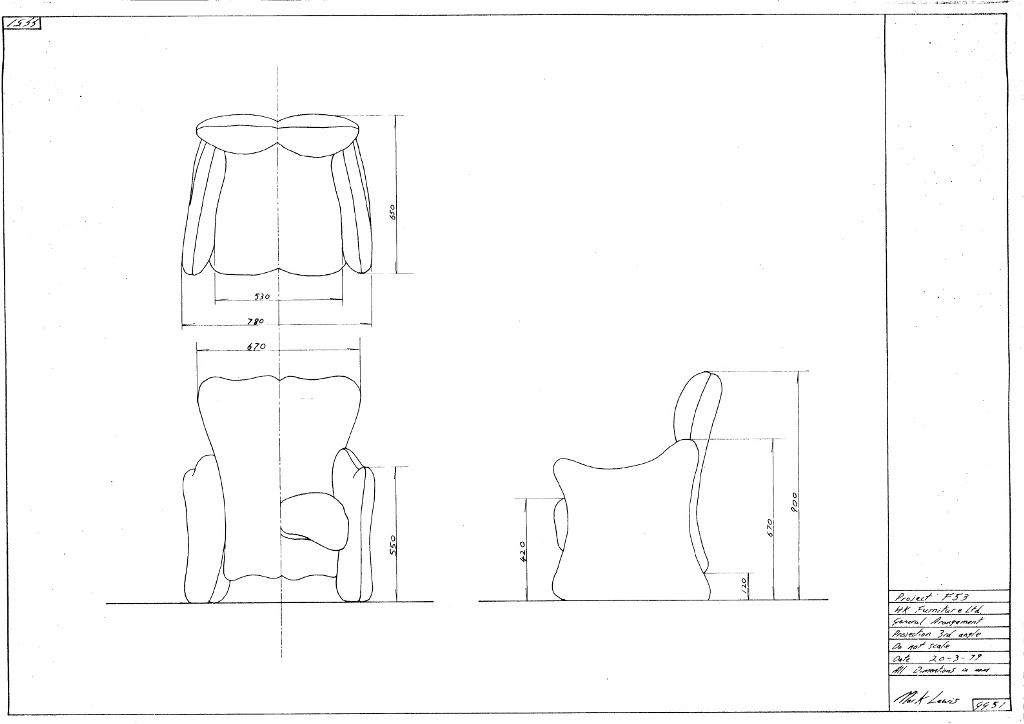 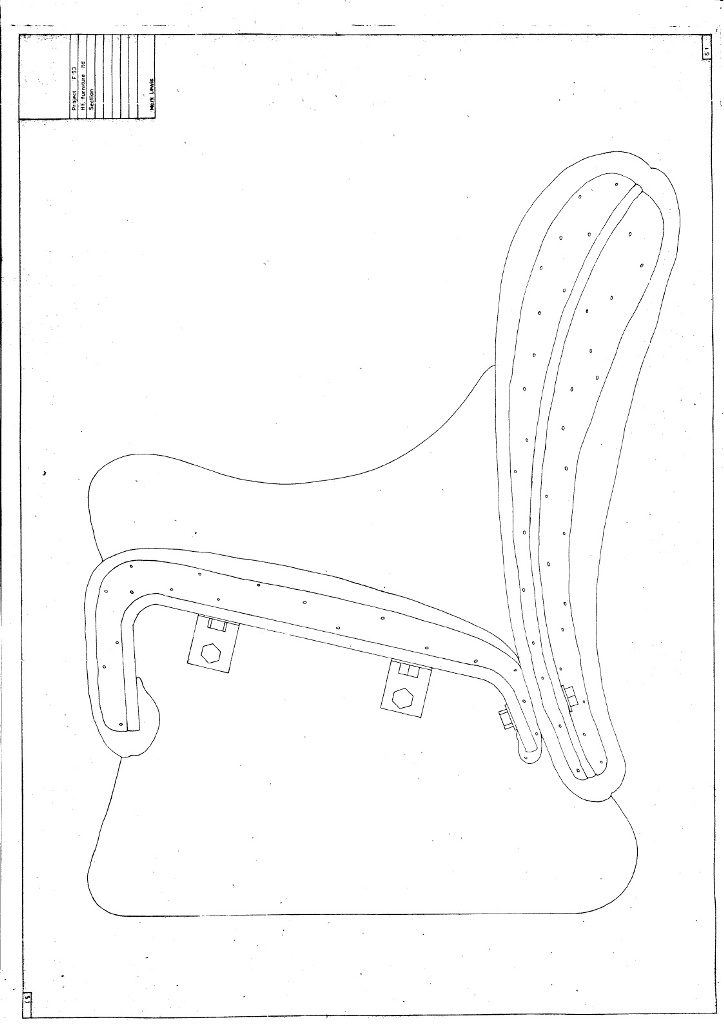 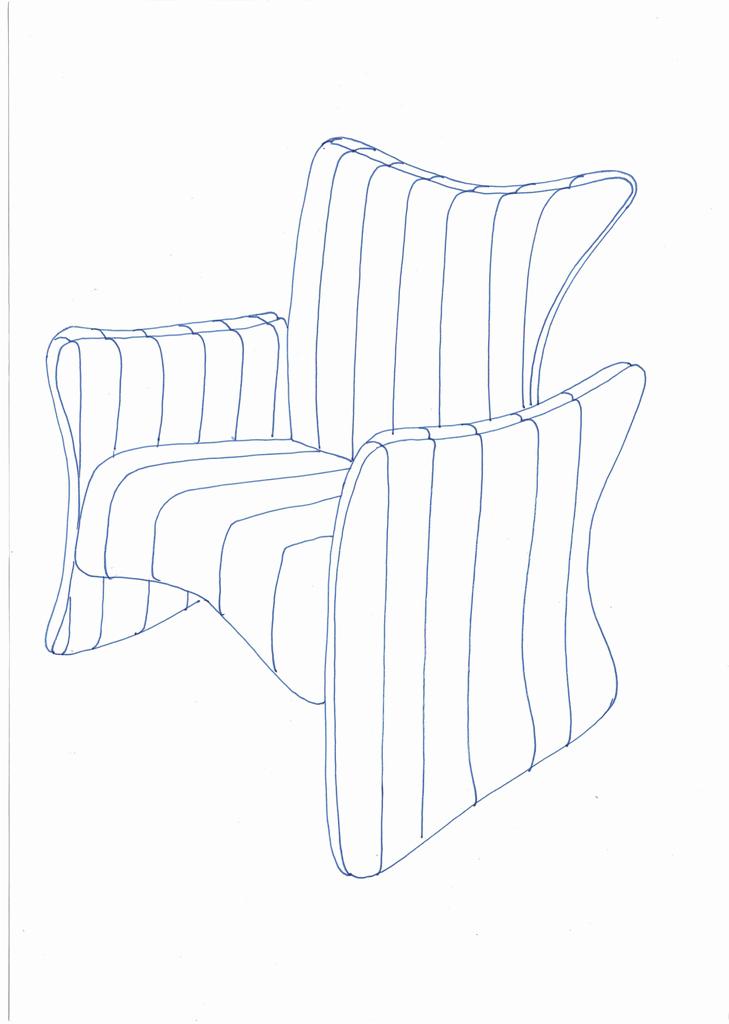 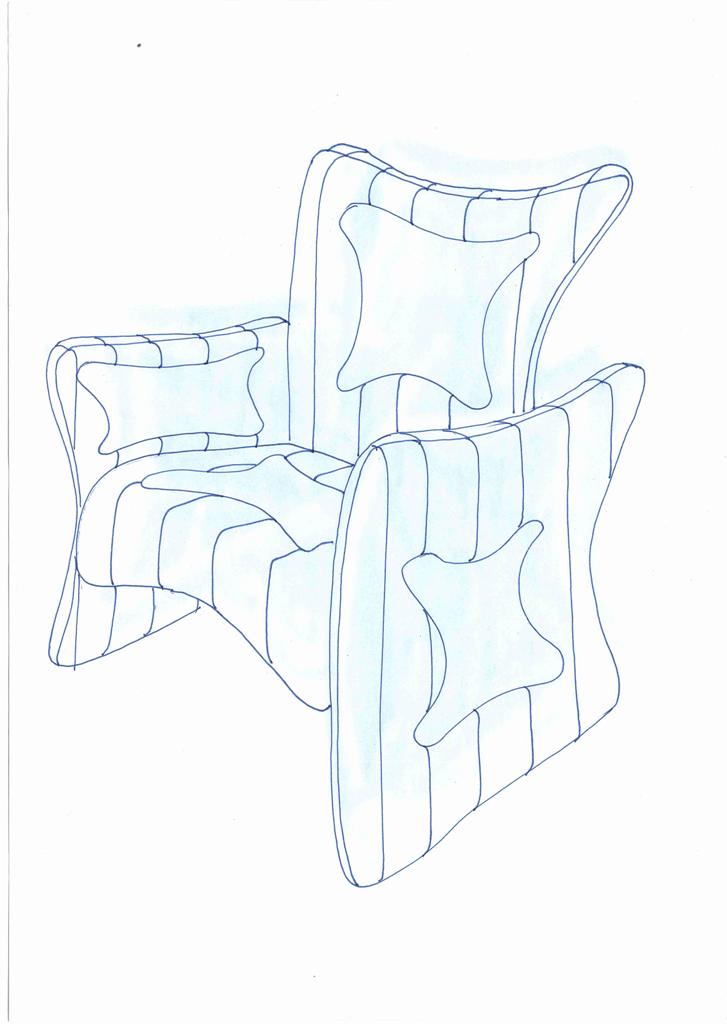 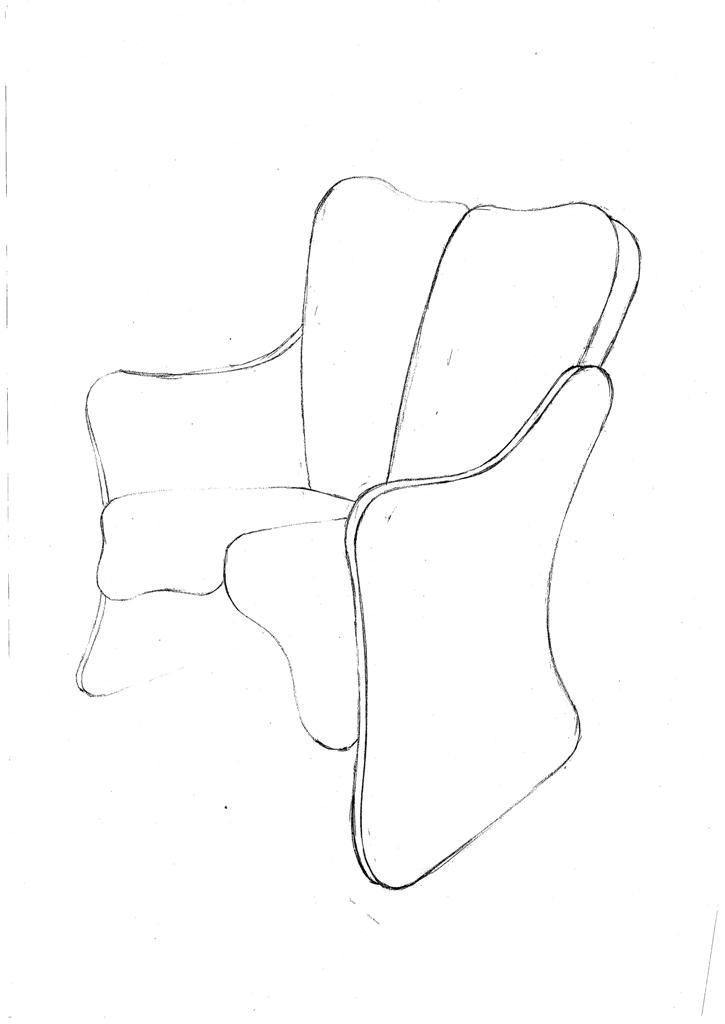 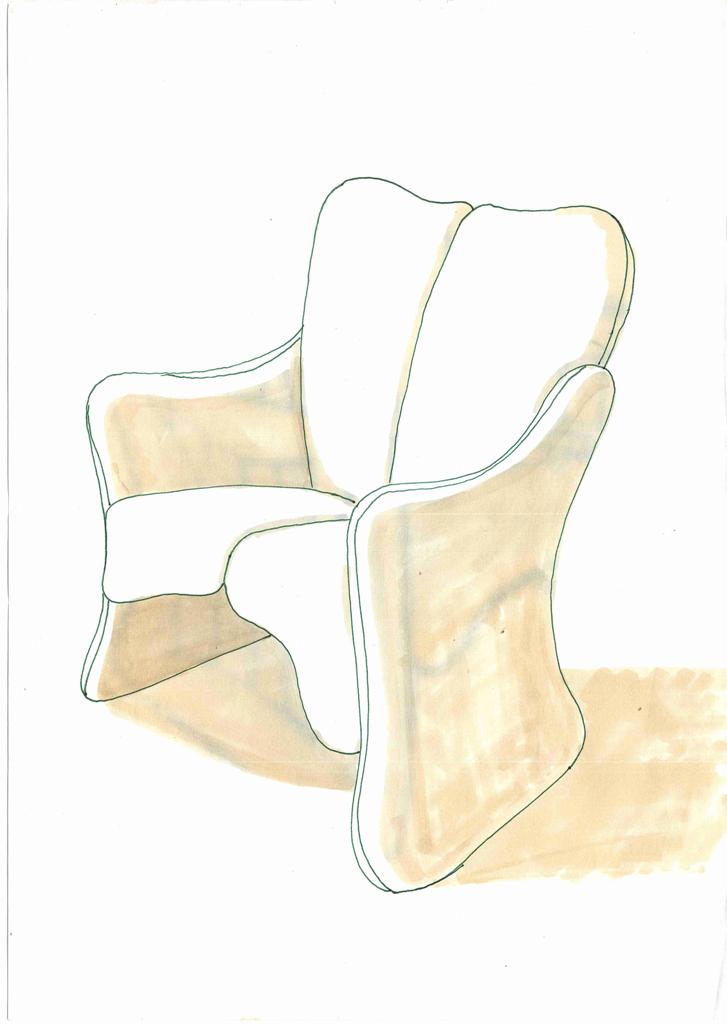 The organic nature of the designs here were inspired by forms observed in the back of a necked woman sitting and the rolling flesh of other less conspicuous shapes to be found among the her body form.  If only a starting point to begin the journey, it is always useful to have a beginning, middle and an end to the development process for a design to be realised as a product or finished piece. Evident in the sequence of line drawings is the evolution of the lines to be emulated in three dimensions to make a form that is to support the body in comfort. The arm chair is suitable for luxury dining, reception seating and generously appointed board rooms. The more relaxed form of the other arm chair is suitable for living rooms and reception areas the dimensions of which would comply with those generous proportions enabling prolonged reclining. As is often the case, design ideas evolve in the creative minds of individuals simultaneously. As part of a zeitgeist, creative, technical and scientific innovators progress towards the same solution or the same design idea often separated by continents. This has frequently been documented in the world of science with papers being published by one about the same innovation being worked on by another.

The shape that evolved for Mark s arm chair sides is one that can be observed in the Balzac Armchair sides designed by Matthew Hilton for Sheridan Coakley of  SCP ltd in 1991,ten years later. Matthew was in the year above Mark at Kingston Polytechnic graduating in 1979. Ironically Mark was able to buy a Balzac three seat sofa, arm chair and ottoman  for his Bloomsbury apartment in 1993 and is to this day the proud owner and user of these classic contemporary pieces.

Matthew Hilton and other notable designers graduating from Kingston Polytechnic during the late seventies and early eighties such as the late James Irvine and Jasper Morrison are a testimony to the significance of the design education afforded its students and an association worthy of note.

If you would you like to find out more about the designers in this article please click on their names below which will take you to their website: